Since the sanction of 72 towns under the SCADA component of the R-APDRP (which has now been subsumed in the IPDS), significant progress has been achieved. As of January 2017, 47 SCADA control centres have been commissioned. SCADA is now fully functional in five towns (three in Tamil Nadu and two in Maharashtra) and by March 2017, it is expected to be completed in another 17 towns. The following is a snaphot of the SCADA projects under implementation by discoms…. 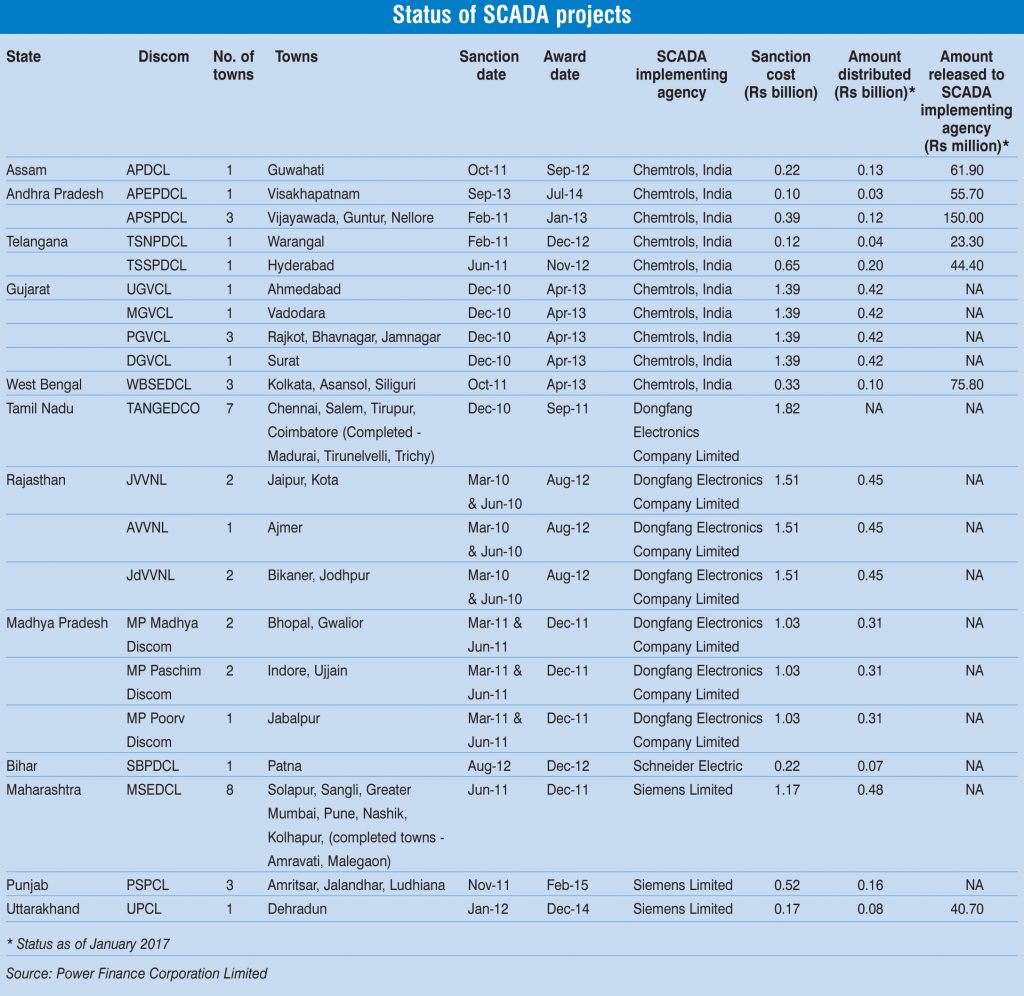 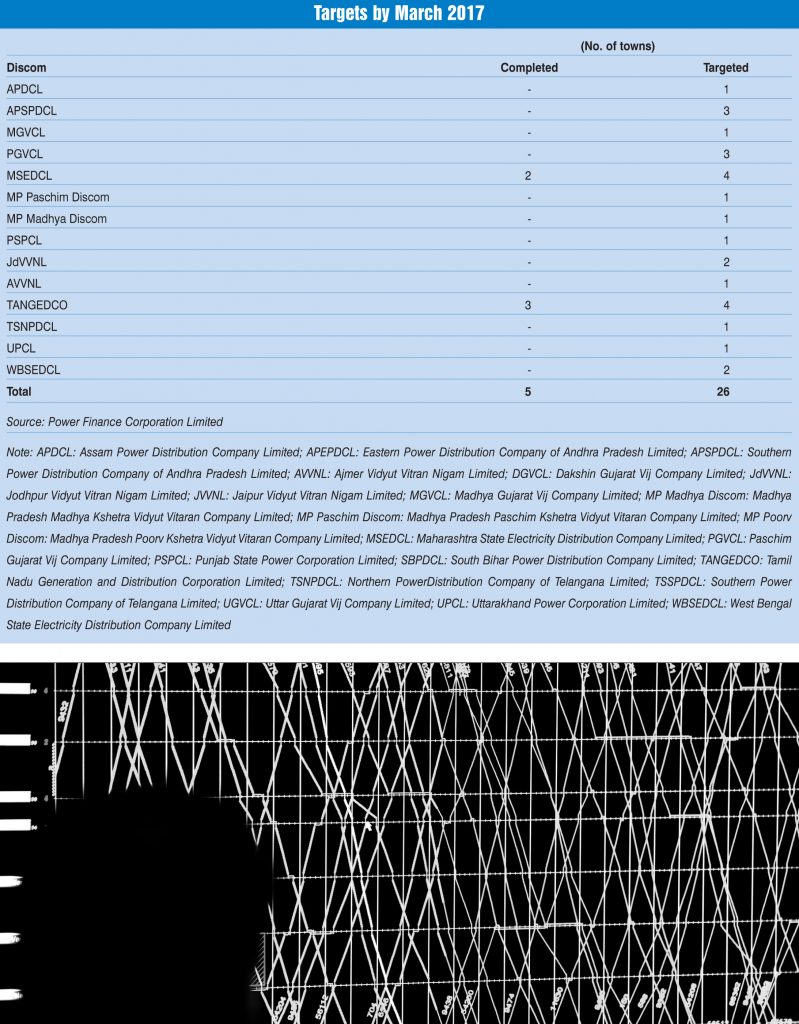