The share of renewable energy sources, primarily wind and solar, is poised to grow significantly in the Indian power system. The government has set a target of 175 GW of installed renewable capacity by 2022, including 60 GW of wind and 100 GW of solar, up from an installed capacity of 29 GW wind and 9 GW solar at the beginning of 2017. Whether the target is achievable or not will be determined by market- and policy-led forces; however, a key question that arises is what would be the operational impact of meeting these targets and what actions can be taken for effective integration of renewables. At low levels, integrating wind and solar energy into the grid can be achieved relatively easily. But at higher levels, wind and solar generation can present some challenges to grid operations because of the additional variability and uncertainty it brings to the power system.

To answer this question, the Power System Operation Corporation, the National Renewable Energy Laboratory and the Lawrence Berkeley National Laboratory carried out a study under a programme called Greening the Grid, a joint initiative by India’s Ministry of Power and the US Agency for International Development. The results can be used to make informed policy and regulatory decisions that support system flexibility and renewable investment. The following is a brief summary of the study and its recommendations…

Different pathways to meeting the renewable energy targets and beyond

August 2017
India is proactively working towards achieving the ambitious 175 GW by 2022 renewable energy target, which is [...]
More 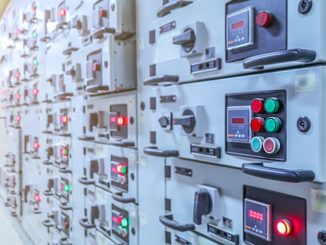 April 2020
Amidst the Covid-19 nationwide lockdown, the prime minister of India appealed to the citizens of India to [...]
More

November 2018
The absence of a hydropower policy that comprehensively addresses the woes of this segment has been one [...]
More