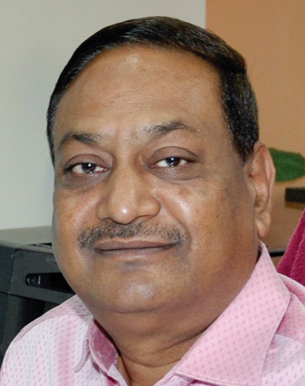 Ratish Kumar, director, projects, NHPC, started his career as a trainee engineer at the company’s Baira Siul hydroelectric project (HEP) in 1982 and gradually moved up the professional ladder. He became a part of NHPC’s board of directors in January 2016.

Kumar has expertise in constructing and erecting HEPs, assessing hydro potential, undertaking optimisation studies and preparing pre-qualification documents for contracts awarded through competitive bidding. During his career of over 35 years at NHPC, he has made a significant contribution to hydro-power development. He was responsible for designing and engineering electrical and mechanical packages for a number of HEPs including the 4×200 MW Parbati-II HEP, the 2,000 MW Subansiri Lower HEP, the 510 MW Teesta-V HEP, the 280 MW Dhauliganga HEP and the 4×40 MW Teesta Low Dam IV HEP. He was also involved with the development of the 3×110 MW Kishanganga HEP in Jammu & Kashmir.  Kumar has travelled to several countries including Spain, Brazil, Germany, the Netherlands, France, Japan, China and Canada for assignments. He has also been a part of international consultancy projects in Myanmar and Bhutan. Kumar has been involved in diversifying NHPC’s operations into the renewable energy sector. He was associated with the construction of a 50 MW wind project in Jaisalmer (commissioned in 2016) and a 50 MW solar project in Tamil Nadu (to be commissioned soon).

On the state of the hydropower segment, Kumar says, “With the government working on a number measures to lower the cost of setting up HEPs, I am optimistic that the pace of hydro capacity addition will accelerate.” Overall, he has a positive outlook for the power sector. There is a major focus on renewable energy development, which makes it of key importance to ensure grid stability and develop energy storage solutions.

Kumar is a member of various industry associations. He has also been a part of various expert groups for formulating industry reports and manuals for the Central Electricity Authority and the Central Board of Irrigation and Power. He has presented at a number of national and international conferences. He was also a nominee director on the board of National High Power Test Laboratory Private Limited from 2014 to 2016.

Kumar is an electrical engineer from GB Pant University of Agriculture & Technology, Uttar Pradesh. In his spare time, he likes to visit religious and historical places with his family.