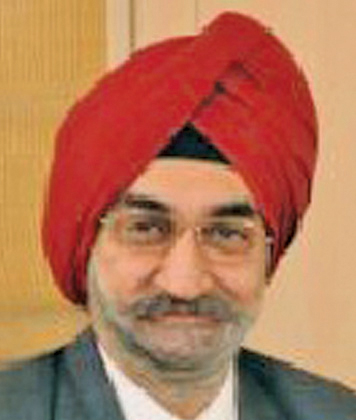 B.P. Singh is a member of the Delhi Electricity Regulatory Commission (DERC). He is a graduate in mining engineering from the Indian School of Mines, Dhanbad, where he also pursued a certification course in industrial engineering. In addition, he holds a certification in influence and negotiation strategies from Stanford University, USA.

Singh’s professional journey started in 1974 with a brief stint at the Indian Iron and Steel Company, before he moved to Bharat Coking Coal Limited. Thereafter, he spent a large part of his career with NTPC Limited, which he joined in 1981. Over the course of 28 years, he moved up the ladder to become director, projects, in 2009. Singh played a pivotal role in the formulation of NTPC’s strategy for fuel security and in the acquisition and development of fuel assets. Under his leadership, NTPC commissioned 9,960 MW of capacity in a span of three years, which was about 24 per cent of the company’s total installed capacity at that time. In fact, the company added 4,170 MW of capacity in a single year (2012-13), which remains unmatched till date. Singh also introduced a web-based project monitoring system in the company, which was developed in-house. As director, Singh also had additional charge of NTPC’s hydro business, and served as chairman of Bhartiya Rail Bijlee Company Limited and NTPC SCCL Global Ventures Private Limited.

In 2014, he was appointed member, DERC, and since 2016, has also been carrying out the chairman’s duties. Singh has issued four tariff orders for the period 2014-19, all of which have been consumer friendly. In a progressive move in the e-mobility space, he formulated a tariff for battery charging. He has also played a key role in making legal systems and provisions more consumer friendly. This includes improving the consumer grievance redressal mechanism and creating a legal aid cell. He has also been instrumental in formulating regulations on net metering.

Singh has been the recipient of various awards, including the ISGF Innovation Award 2018 for innovative policies and regulations promoting renewable energy and smart grids. Two of his projects – Simhadri and Dadri – received the JICA President Award and the IPMA World Congress Project Excellence Award respectively. Singh’s academic inclination is reflected in his association with institutions such as the Ambedkar Institute of Technology and the Central Institute of Mining and Fuel Research.