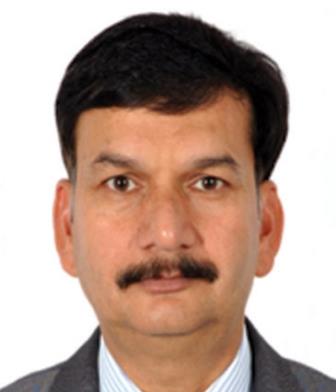 B.C.K. Mishra, managing director at state-owned Uttarakhand Power Corporation Limited (UPCL), believes that sharing the benefits of hydropower development amongst the community is important. The fair sharing of benefits would not only justify the project’s adverse environmental and social impact, but also ensure that the interests of the area’s affected population are respected.

A seasoned professional, Mishra brings to the table more than three decades of multidisciplinary experience in strategic planning, project management, operations and maintenance, financial management, people management and process improvement. While he currently heads a discom, a significant part of Mishra’s career has been spent in the hydropower sector. Mishra started his professional journey in 1985 with NHPC Limited as a civil engineer, and ascended the ladder to become its chief engineer in 2003. During his two decade long career at NHPC, he played an instrumental role in the conceptualisation, survey, investigation and preparation of detailed project reports for various projects including the Kotlibhel project in Devprayag, the Dhauliganga project in Pithoragarh and the Chamera project in Himachal Pradesh.

In 2007, Mishra joined the state-owned Uttarakhand Jal Vidyut Nigam  Limited (UJVN) as executive director and later became director (operations). He was responsible for O&M and renovation and modernisation of large and small hydro projects. He played a pivotal role in the commissioning of the Maneribhali Stage II project. Under his leadership, UJVN-achieved a record generation of 5,262.82 MUs in 2011-12 and also set up solar power plants at various locations in the Ganga valley. It was only in 2017 that Mishra took on his current role at UPCL. In line with the government’s objectives, he is committed to ensuring that the discom supplies round-the-clock power to consumers. He is also committed to making the discom a profitable utility.

Mishra strongly believes in innovation and learning; he likes accepting challenging assignments to prove his mettle and enhance his learning. A graduate in civil engineering from IIT, Varanasi, he is also a certified project management professional from the Project Management Institute, Pennsylvania, and an MBA in finance from ICFAI. He is currently pursuing a Ph.D. from the University of Petroleum and Energy Studies, Dehradun.