The Central Electricity Authority (CEA), in its recently released Load Generation Balance Report, has projected that the country will have an energy surplus of 4.6 per cent and a peak surplus of 2.5 per cent in 2018-19. Region-wise, the report predicts that the eastern and southern regions will face an energy shortage of 4.2 per cent and 0.7 per cent respectively, which can be met from surplus power in other regions. The state-wise anticipated power supply position is given in the table below. 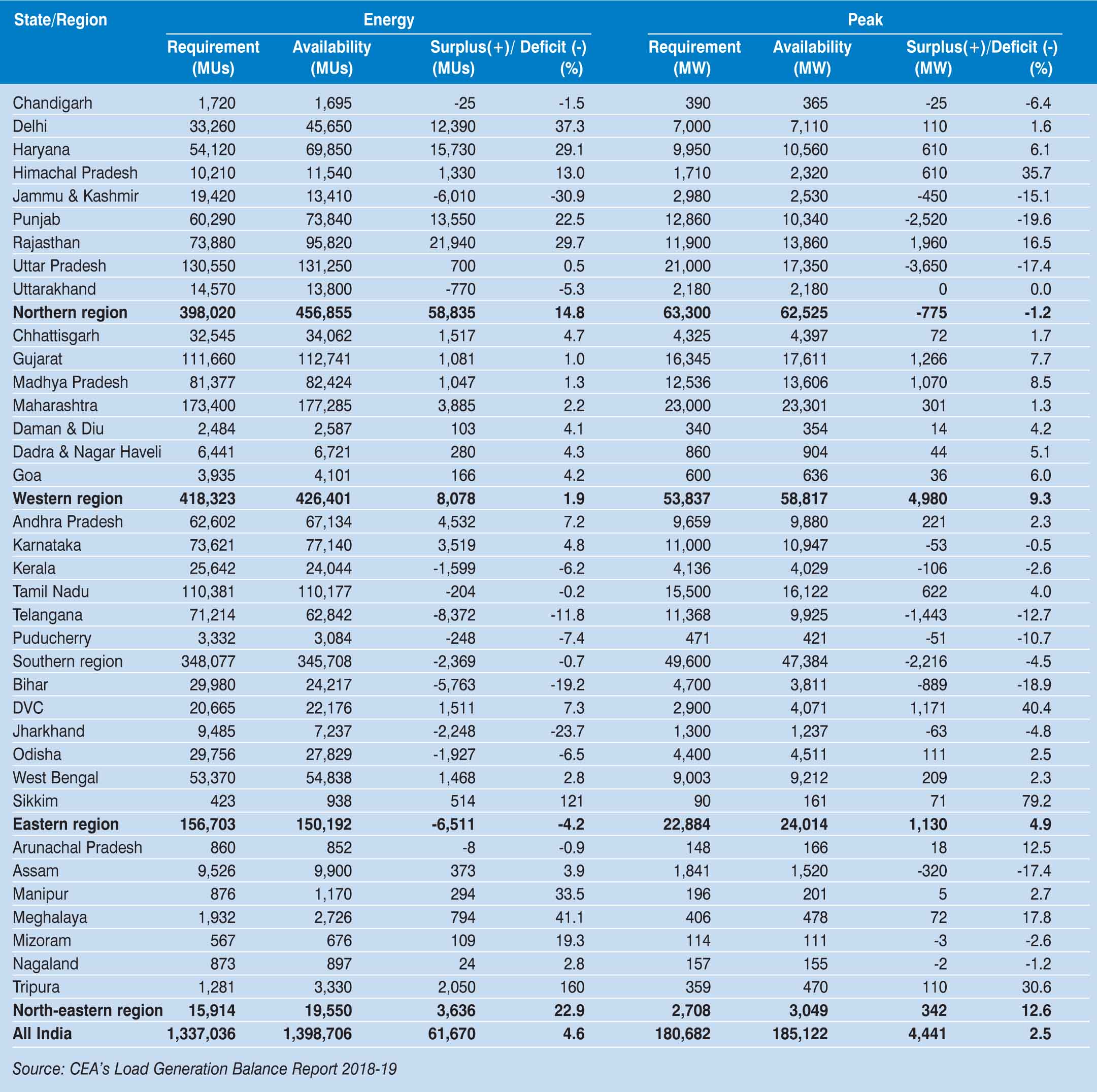