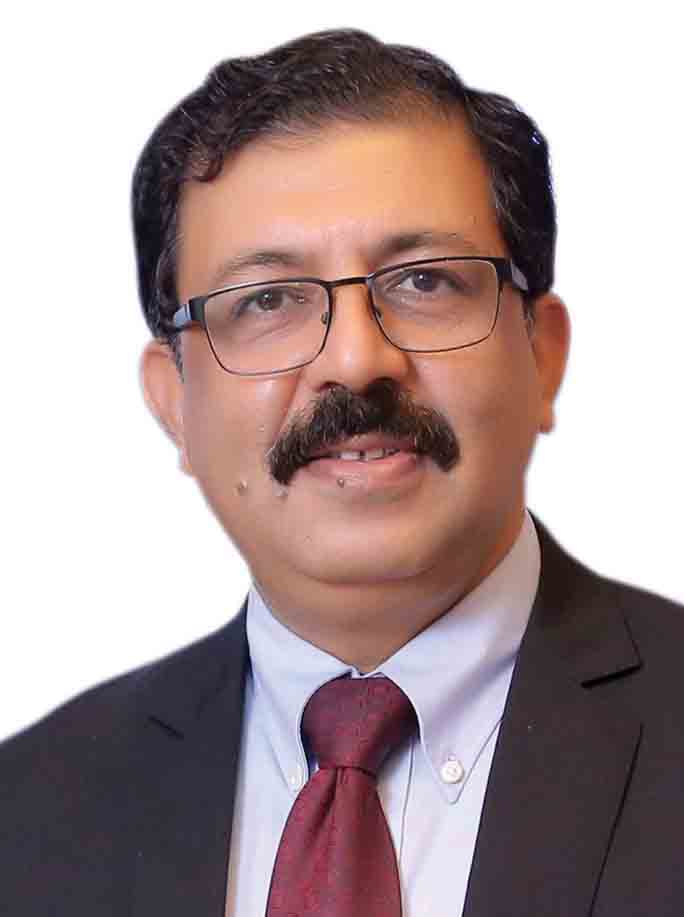 Tata Power Delhi Distribution Limited (TPDDL) has been a frontrunner in the implementation of various technologies to improve efficiency and consumer service delivery. The company is amongst the very few utilities in India that have less than 10 per cent aggregate technical and commercial (AT&C) losses. TPDDL is now poised to embrace the next wave of digital disruption with technologies like artificial intelligence (AI) being adopted by it. At a recent conference organised by Power Line on “IT & OT in Power”, Sanjay Banga, chief executive officer, TPDDL, talked about the company’s experience in technology adoption and its future plans. Excerpts…

When TPDDL, the erstwhile North Delhi Power Limited (NDPL), took over in 2002, it had very little technology incorporated in it. In legacy, the company got only two computers, which too were not operational. For any utility to adopt technology, it is important to undertake a need analysis, formulate a roadmap and then effectively implement it. TPDDL did exactly that. In its roadmap, the company identified two differentiators that would make TPDDL stand out from other utilities in India and even abroad – one was technology and the other was the interaction and engagement of the company with society. Technology was the key enabler of TPDDL’s success and the company has always strived to adopt the best available technology.

TPDDL completely digitised its two most important verticals – commercial (metering, billing, etc.) and operational (network and supply). In the operational function, the supervisory control and data acquisition (SCADA) system was installed in 2005, whereby all substations were planned to be automated. The aim was not only to carry out all essential operational functions but also obtain information related to system reliability and operations and maintenance needs. While only the relevant operational data (trippings, relay information, loading of the system, etc.) was carried from the substations to the SCADA system, other data related to relay parameterisation and condition of the system from substations was provided to the protection and testing group for condition-based maintenance. SCADA enabled unmanning and automating the grid substations, and monitoring the entire network from a central location.

The company also implemented a billing and outage management system including call centres for registering consumer complaints. This system automated meter reading, billing and all prime functions related to customers. SCADA was also integrated with the billing system such that if there was any outage in the 33 kV system, SCADA would communicate the same to the billing system much before a customer would. The company also implemented enterprise resource planning (ERP) system for the accounting of all key departments including human resources, finance and materials.

These three systems are amongst the first steps that any utility is required to take while embarking on the adoption of technology and a smart grid; SCADA-distribution management system (DMS) for complete electric network data availability; and ERP system for complete accounting and billing application for enhanced revenue and customer service.

Technology in the distribution segment so far

The first time the government introduced technology in a major way in power distribution was through the Restructured Accelerated Power Development and Reforms Programme (R-APDRP). However, technologies identified under the R-APDRP were not as per the requirements of the utilities. One such example is the geographic information system (GIS). The utilities did not have the capability to use and maintain GIS. No utility was able to use GIS the way it was conceived under the R-APDRP. TPDDL also faced challenges in using GIS and took five years to utilise it fully.

Moreover, the scheme directed utilities to have SCADA for identified towns. Instead, each discom should have been directed to implement a discom-level SCADA system with such architecture that each town can manage its network. Similarly, the scheme provided for billing system at the town level and not at the discom level. Further, SCADA was included in Part A of R-APRDP, while the preparation of SCADA (including substation automation) was Part B of the R-APDRP. Part B, in fact, was more important and necessary than having SCADA systems. While the utilities ordered for SCADA systems, they did not realise that the substations were not properly equipped and that some could never be equipped.

Further, any technology that is planned to be implemented by a distribution utility should be done within a time frame of two years. Technology basically becomes obsolete if more than three years are taken for its implementation. The SCADA systems that most of the utilities are planning to implement and have implemented in the past five years are already obsolete. TPDDL implemented its SCADA in 2007 and recently upgraded it after using it for 10 years.

After implementing SCADA-DMS, ERP and billing systems, the next key technology identified by TPDDL is smart metering. First, the company established a robust communication network. Now, the company is installing smart meters on distribution transformers and has initiated the installation of smart meters for three-phase consumers. The company plans to install 200,000 meters over the next one year. There is no ambiguity on how smart metering is to be implemented. Smart metering five years ago was what SCADA was 10 years ago, when their applications were discussed. But today, it is given that smart metering has to be there. However, the utilities need to introspect and identify their needs. If a utility is planning to install smart meters to reduce the aggregate technical and commercial losses, then that is the wrong path. That can be done and has been done by various utilities without smart metering. Smart metering for loss reduction is a very expensive technology.

TPDDL, in one of its unique ways, has engaged women in its service area in revenue collection. There are around 1,000 women who collect bill payments from JJ clusters on behalf of the company. These clusters had been an area of concern from the point of view of revenue collection but now record a collection efficiency of almost 100 per cent. 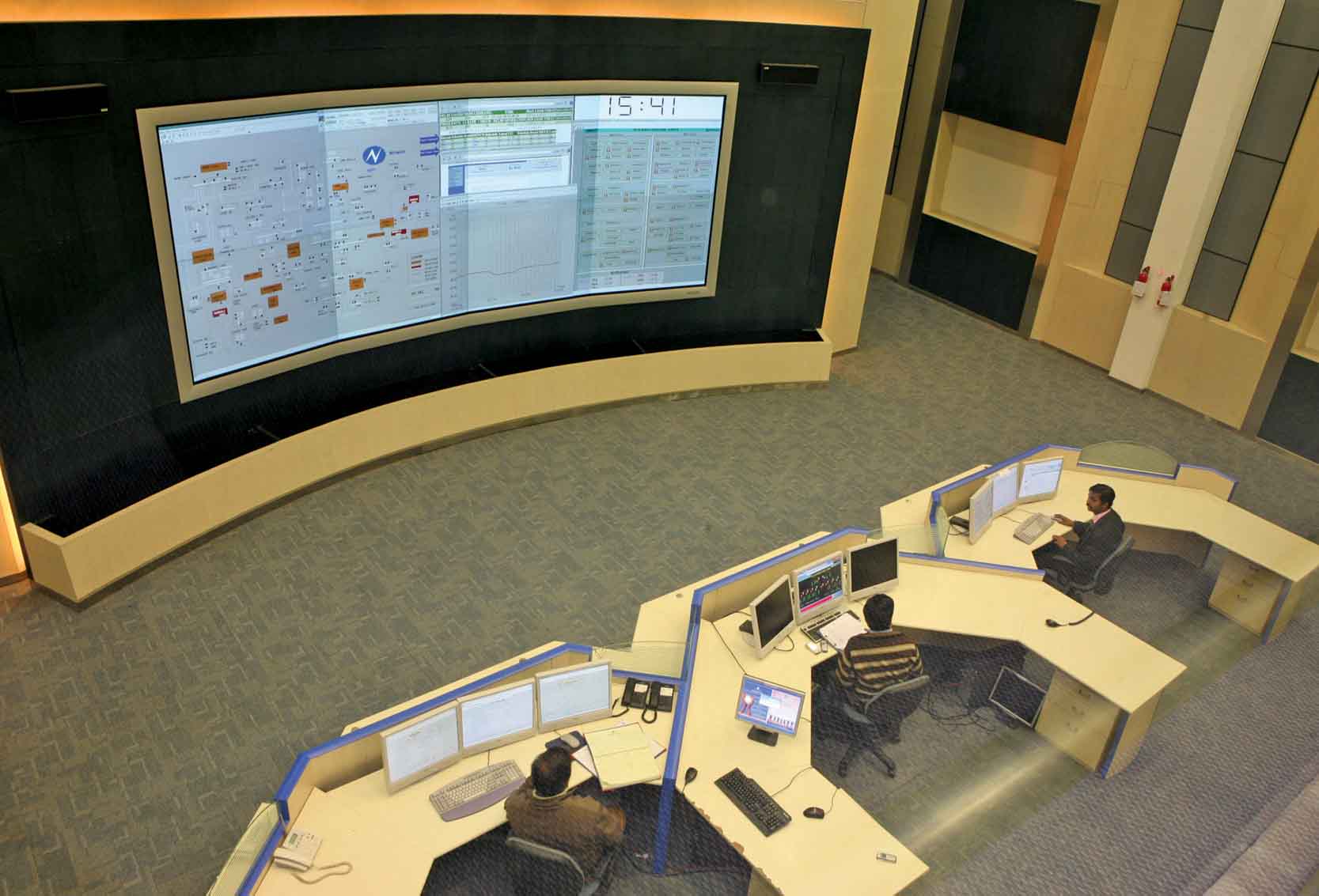 TPDDL 2.0 – Next leap of technology

The newer technologies that are being discussed and adopted by utilities across the globe relate to artificial intellegence (AI), data analytics, blockchain and machine learning. With reference to AI, TPDDL is creating virtual call centre agents. Since the call centre flow is erratic, varying from 1,000 in a day to 10,000 in a day, optimum manning of call centres is not possible. The company has already started a pilot project on this. TPDDL has also taken up business analytics in a big way. It has identified 20 use cases, which can be utilised for analysis using the SCADA system data and complete consumer data from SAP-ISU (SAP’s industry-specific solution for utilities). With this, the company is now able to predict as to who is going to default.

Another initiative of the company is related to “mobility” under which the company is ensuring that everyone in the company has all applications on mobile/cell phones. For instance, in the event of a fault, a lineman can be informed using field force automation.  The lineman should be able to close the fault using his mobile app and the same should be integrated with the back-end with SCADA-DMS and the call centre. So, right from material issue to new connection management, and quality checking are done on the mobile, which is integrated with SCADA. From April 1, 2019 onwards, the company plans not to have management information system but have all the relevant data available in real time. To this end, the company is undertaking a project on e-KPI. The company is also working on developing a “Digital Index”. Under this, the company is identifying processes undertaken by each department, those that can be digitised and those that have been digitised already. Based on these, the department will have an index that will measure its level of digitalisation. The company plans to digitise all its operations over the next one year.

TPDDL is a CMMI Maturity Level 3 company and is also implementing IT systems in other companies. TPDDL has also established its consulting wing through which it is assisting other utilities (already assisted 35 discoms in 20 states) in IT, SCADA, business process re-engineering, etc. In Goa, the company has implemented the entire IT infrastructure, billing system, ERP system, GIS system as well as the automatic meter reading system and is also responsible for its management.

TPDDL aims to reach the CMMI Maturity Level 5 over the next two years. With “mobility” at its core, the company in its strategy for the next three years – TPDDL 2.0 – will focus on AI, machine learning and analytics.