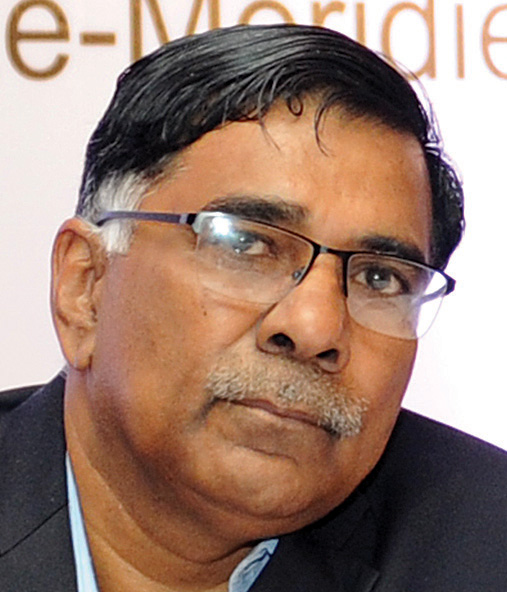 P.K. Mohapatra, director, technical, NTPC Limited, brings to the table over 37 years of experience, ranging from concept to commissioning of power plants. In his current role, he is responsible for investment approval of projects, engineering function of new projects as well as for support in the O&M phase of plants and R&M of ageing power stations. He also spearheads NTPC’s renewable portfolio and R&D activities through NETRA as well as information technology functions and enterprise resource planning at NTPC. He is also chairman of NVVN, a subsidiary of NTPC and APCPL, JV of NTPC, IPGCL, HPGCL and part-time director on the board of MPPGCL. At NTPC, Mohapatra is leading the initiatives to comply with the tightened emission norms at the company’s power plant. “In 2015, when the new emission norms were released, many thought that these were very difficult to comply with. However, significant progress has been made, at least on the flue gas desulphurisation system (FGDS) front for complying with SO2  emissions. We have committed to complete FGDS retrofits at plants aggregating 60 GW and ensuring FGDS provisions at new plants by December 2022. Meanwhile, at our Dadri and Jhajjar TPPs, we are committed to completing FGDS installations by end-2019,” he says. For complying with NOx norms, NTPC is running 10 pilot tests for SCR and SNCR at its stations and has started combustion modification in five units and issued NITs for 15 GW for combustion modification in its units, among other things. “A key challenge in meeting NOx norms is the difficulty in retrofitting selective catalytic reduction in plants that already have side mill arrangement in place and have other layout constraints,” he says. Prior to joining NTPC’s board in January 2018, Mohapatra served as executive director (technical) at the NTPC-Corporate Centre. In the past, he has been extensively involved in the O&M and R&M of power plants. It was under his leadership that the first three 660 MW supercritical units of NTPC were commissioned and declared commercial within a short span of 10 months. He has also served as business unit head at the Kawas, Sipat, Kahalgaon and Ramagundam TPPs. He was also head of Western Region-II of NTPC, where he handled a large portfolio underconstruction and operational coal and solar-based plants. Mohapatra is a mechanical engineer from REC Rourkela. He joined NTPC as an executive trainee in 1980.