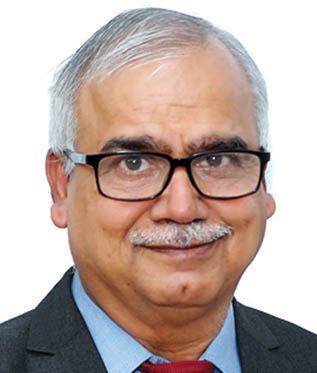 With almost 36 years of experience in the power sector, a large part of it in the hydro segment, H.L. Arora is passionate about improving the segment’s health. “Hyd-ropower can help the nation achieve self-reliability,” he notes. He has been involved in the planning, execution and O&M of hydro projects. As director, technical, THDC, he looks after project planning, design, engineering, quality and execution as well as  the management, operation and control of technical matters rela-ting to company strategy for the development of hydro, conventional and non-conventional projects. He has played a key role in diversifying THDC’s portfolio into other renewable segments. Prior to THDC, he worked with National Projects Construction Corporation Limited.

Among the most challenging and memorable assignments of his career, Arora recalls in particular the restoration of the Koteshwar Power Plant post flooding in 2010. “Floods had ravaged the almost complete plant. However, timely execution of restoration works enabled us to commission the plant by March 2011,” he says.

Challenges, of course, are synonymous with hydro development. The key among these relate to rehabilitation and resettlement issues, land acquisition and financing. “Hydro projects are capital-intensive and financing them for a long period, say 20 years, is a major challenge,” Arora notes. There are also geographical constraints in building transmission infrastructure in remote areas.

Some recent measures announced by the government spell hope. Including hydro as a renewable energy source and making the hydropower purchase obligation a separate part of non-solar RPOs are positive moves. Other measures that could help hydro are offering single-window clearances to expedite clearances, allowing variable tariffs during the day to developers, treating hydro and pumped storage plants as grid assets, obligating discoms to buy a certain percentage of power from hydro reservoir projects, and providing long-term loans. “With the joint efforts of the government and developers, the hydro segment will progress at a steady pace in the future,” he says.

Arora was raised in Panipat among four brothers and two sisters. He did his civil engineering from the Thapar Institute of Engineering & Technology. Arora likes to spend his spare time with friends and family, which includes his wife and their two children. He enjoys listening to Hindi classics and ghazals, and is an avid reader of spiritual books.