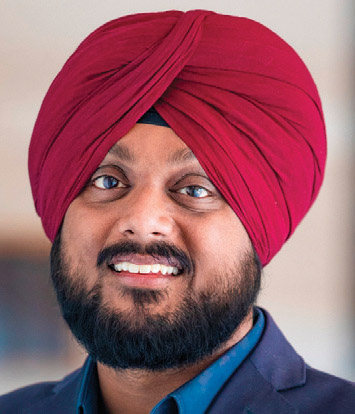 Considering the environmental fall-outs of over-reliance on fossil fuels, renewable sources of energy, particularly solar power, will set the pace for unprecedented growth in the power sector,” says Simarpreet Singh, head, strategy, Hartek Group, and founder-director, Hartek Solar Private Limited and Hartek India Private Limited. He notes that India has everything going for it on the solar front, but the future of solar energy would depend largely on achieving the ambitious solar generation target of 100 GW by 2022.

Singh leads strategy operations of the Hartek Group. He led from the front to chart the company growth in the manufacturing and rooftop solar domains. He founded Hartek Solar in 2017 and within two years, the company was able to achieve an installed capacity of 25 MW. He also set up the group’s T&D manufacturing business, Hartek India Private Limited, based on a backward integration model, which was able to achieve break-even within two years of inception by building on economies of scale.

Singh is also chairperson of the Power and Renewable Committee of PHDCCI, and features on the Forbes 30 Under 30 Asia list of achievers for his fight against climate change through Hartek Solar and its innovative small-scale solar solutions. Going forward, he says the company is looking at working on innovative small-scale solar solutions like solar trees and solar fencing. It will also focus on energy storage solutions, charging stations infrastructure and digital substations equipped with SCADA and other automation devices, smart grid technologies, gas-insulated substations and biogas plants.

On his management style, Singh says he believes in empowering employees and inculcating a work culture that encourages them to express themselves. His most memorable assignment has been the execution, against all odds, of a 50 MW solar project in Anantapur, Andhra Pradesh in 2016, which has made a substantial difference to locals living without electricity.

Singh is an electrical engineer and a postgraduate in entrepreneurship, financial management and business strategy from the SP Jain Institute of Management and Research. He has also done a course in executive education in finance from the London School of Business. He regularly does meditation and yoga, which keep him energised the entire day. He also has an interest in public speaking and has been delivering lectures on entrepreneurship, besides having his own Youtube channel.