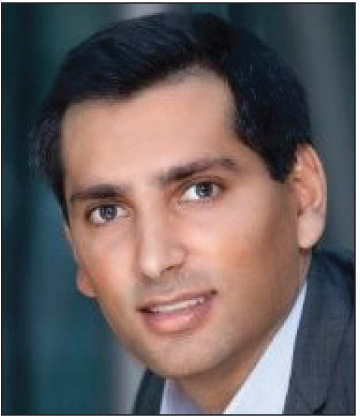 Gilan Sabatier is the general manager for GE Renewable Energy in South Asia and the Association of Southeast Asian Nations. He has been in this role since early 2018. In the past, he has led GE Renewable Energy’s global business development vertical in France, focusing primarily on strategy, and mergers and acquisitions. He has always worked in the energy sector starting from consulting, followed by private equity. He then moved to the industry side by joining Alstom’s renewable energy business, which was subsequently acquired by GE.

Sabatier’s most memorable assignment is without doubt the current one. “India is an important market for GE. The company is striving to build a leading renewable energy franchise by focusing on cutting-edge and competitive technologies, world-class talent across the board, business models that are adapted to the Indian market and deep relationships with its customers,” he says. Gilan feels that there cannot be a more exciting challenge than this. His management style is focused on making efforts to foster an environment where open communication is encouraged, while remaining collaborative so that his team can attain GE’s collective goals. The bottom line is solutions must emerge for GE to take sound business decisions and the teams have to feel intrinsically associated with the company’s objectives. He focuses as much on the outcomes GE aims to achieve as he does on how they are achieved.

“It is a bit of a paradox when you think that there is probably no country like India with such a great potential to not just evolve but existentially transform its green economy. India could be in the global top three renewable energy countries in the world,” he comments. However, he points out that despite good policies, the industry often gets stuck when the rubber hits the road on things like connectivity, land availability, financing and regulatory instability. According to him, these issues need to be ironed out so that industry stakeholders such as GE can invest, plan and execute projects, something that is currently very difficult.

Sabatier has an interesting philosophy for maintaining a healthy work-life balance. He feels that due to his passion for renewable energy and the opportunity to work with a fantastic group of people, it is more about how he manages his time rather than trying to achieve an elusive sense of balance. He is a family man and tries to spend quality time with his family members.