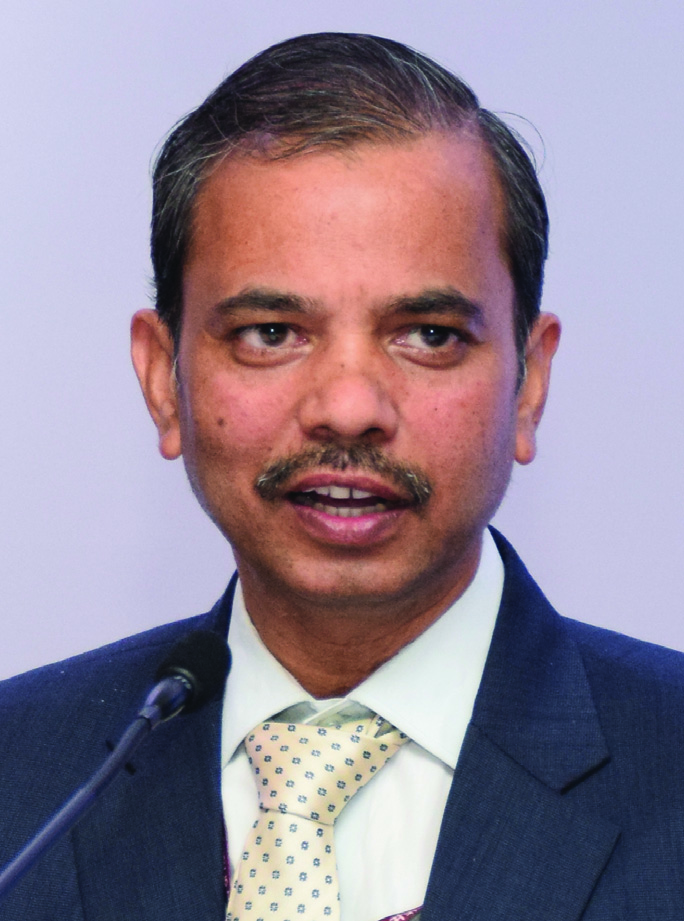 Distribution segment reforms have been a major focus area of policymakers in recent years. Taking cognisance of issues related to mounting financial losses of discoms, the inability of states to take corrective measures and governance issues, the government is working on new reforms including multiple supply franchisees and smart meters to assist the states. At a recent Power Line conference, Mritunjay Kumar Narayan, joint secretary, Ministry of Power, spoke on issues plaguing the distribution segment and the possible solutions. Excerpts…

Power is a concurrent subject and falls in the common list of the central and state governments. Although the subject of power distribution falls entirely in the domain of state governments, the central government has always supported the states through various schemes, policies and reforms. In the past few years a number of schemes have been launched for the distribution segment such as the Deendayal Upadhyaya Gram Jyoti Yojana for village electrification as well as for setting up distribution systems in rural areas, and the Integrated Power Development Scheme for distribution system strengthening and IT enablement of discoms in urban areas.  The Saubhagya scheme was also launched to provide an electricity connection to each and every household. Under Saubhagya, 26.3 million households were given electricity connections within a short span of 16 months. It has not happened anywhere else in the world. In the past five years,  the central government has contributed funds of Rs 1.5 trillion as part of these schemes. This has resulted in the establishment of 2,200 new substations, augmentation of 2,900 substations, laying of over 400,000 ckt. km of lines and installation of about 350,000 distribution transformers.

A lot of work has been carried out for setting up the distribution system but still a lot needs to be done. In fact, we need to work together to have a system where we can have quality, reliable and 24×7 power supply. In order to achieve this objective, an essential precondition is that discoms should be in good financial health. There are very few exceptions. Several factors are impacting the financial health of discoms, such as high aggregate technical & commercial (AT&C) losses owing to inefficiencies in metering, billing and collection, thefts, and other operational inefficiencies.

Although the overall AT&C losses have come down to 18.2 per cent post the Ujwal Discom Assurance Yojana, we expected better results. Many states are already supplying 24×7 power because they have managed their discoms so well. There are some state-owned discoms which are doing well too, for instance, Haryana discoms, which have achieved a turnaround in just two to three years. They have reduced their AT&C losses, as also the gap between the average cost of supply and the average revenue realised, and have started making profits as well. But there are at least four or five problem states that continue to make losses year after year, have high regulatory assets, and low collection efficiency.

During 2018-19, the cumulative loss of all discoms stood at about Rs 270 billion vis-à-vis Rs 150 billion during 2017-18. An important reason for the financial distress of the discoms is that tariffs are not reflective of the cost of supply. Discoms may file petition before electricity regulatory commissions and get  approval but unless the tariff is reflective of the cost, discoms will continue to make losses. Currently, in the distribution business, they are making losses for every unit of power supplied and that is not sustainable at all. Discoms are not able to generate enough revenue to upgrade their systems. Further, the power procurement cost, which constitutes 80 per cent of the discoms’ total expenditure, is high. Efficiency in power purchase will also contribute significantly to reducing the financial losses of discoms. In order to achieve this, elaborate planning is required and discoms may need to deploy artificial intelligence and advanced forecasting tools. Also, most long-term power purchase agreements (PPAs) were signed long back when there was a significant demand-supply gap and we did not have enough installed capacity. Now, we have sufficient installed capacity but PPAs, of course, are sacrosanct – if something is signed it has to be respected.

Distribution system planning lies in the hands of the states. However, unless the ground issues are addressed, considerable improvement in the performance of the discoms cannot take place. Discoms must have proper energy audits, and governance also needs to be improved. Some state discoms have taken adequate steps and turned around their distribution segment in 5-10 years and are now making profits. Although profit is not the objective in power supply, whatever energy is supplied has to be accounted for, metered and billed properly, and revenues need to be collected.

Last but not least, state electricity regulatory commissions (SERCs) are also supposed to act independently but there are some structural issues with regard to that. The Electricity Act, 2003, provides them the absolute freedom to act in the interest of all stakeholders and the   SERCs should ensure that the cost is included in tariffs and passed onto consumers.

Now that all households and villages are connected to the grid, we need to focus on quality and reliability of power supply. This requires massive technological intervention. Our generation and transmission networks are world class and have been enabled with state-of-the-art technologies. However, the next round of transformative change will come in the distribution segment with the use of technology. In this context, the central government is intending to push smart metering. Smart meters will enhance consumer engagement by facilitating two-way communication between the distribution utility and the consumer.

Further, as we have a global commitment to reduce our carbon footprint, the country has set a target for meeting 40 per cent of its energy needs from non-fossil fuel sources by 2030. In fact, countries across the world are shifting from fossil fuels to renewable energy sources for electricity generation and it is bound to happen in India too. The country has set a target of 450 GW by 2030 and 175 GW by 2022, and right now we have about 82 GW of renewables. Renewable energy technologies have matured over a period of time and the cost of generation has also reduced considerably. But the integration of renewables into the grid remains a challenge. Our distribution systems need to be made capable of dealing with renewable energy integration. This will require demand management, demand forecasting, and time-of-day tariff structure, which are possible through smart metering. Some states such as Uttar Pradesh and Haryana have taken the lead in smart metering. About 10 million smart meters are at different stages of installation across the country. Besides, SCADA and distribution automation systems need to be deployed by discoms. 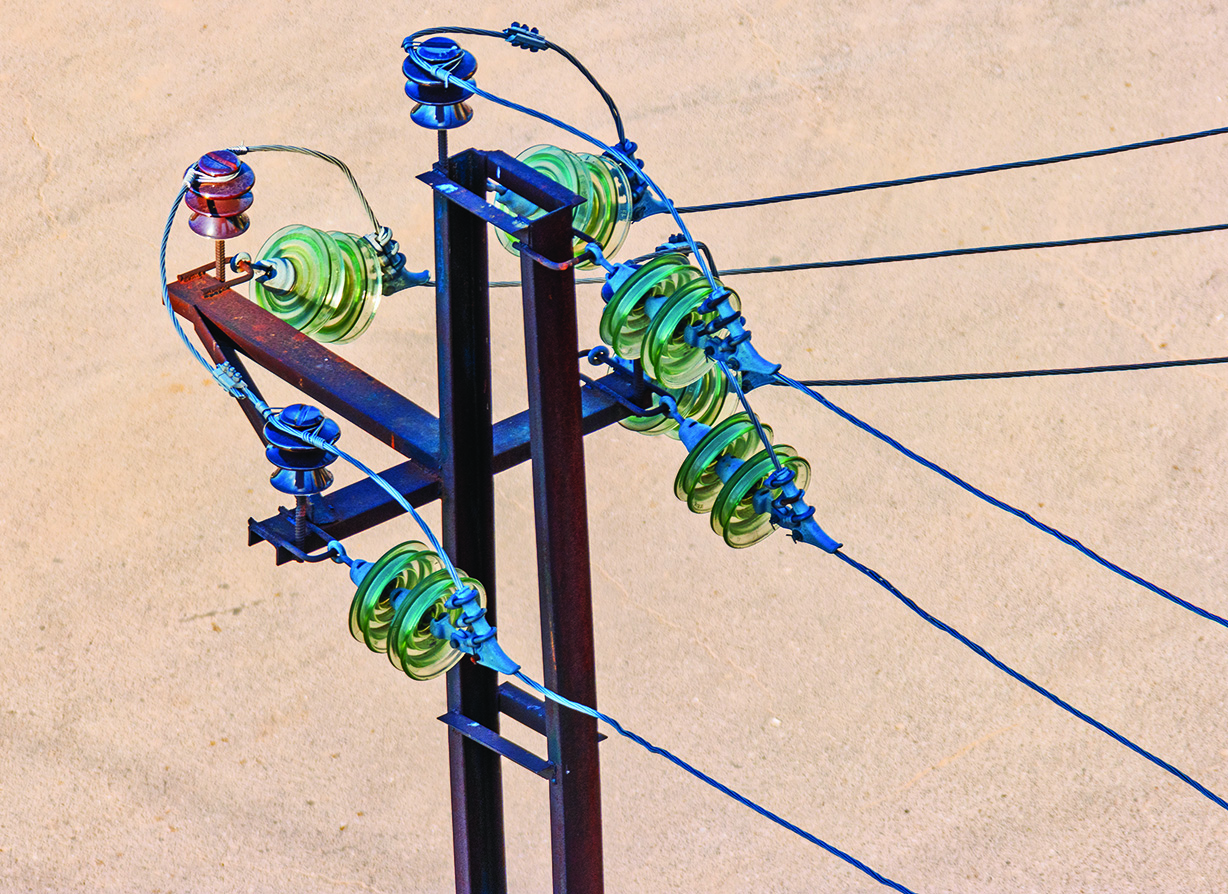 We intend to launch a new reform-linked policy where central government assistance will be contingent upon the state achieving the milestones related to improvement in financial position and operational efficiencies. Also, we need to welcome private sector participation in distribution. There are different models for private participation already – private distribution licensee as well as distribution franchisee (DF). There are many DFs operating in the country. Although some are not doing so well, it basically depends on the state too as discoms need to play a supportive role.

We are working on a model with multiple supply franchisees. At present, consumers cannot choose their power suppliers. After getting an electricity connection, there is one particular entity (the local discom), which is responsible for supplying the power. There is a concept of carriage and content separation is working well in many countries where the network is managed by a particular entity and power is supplied by multiple players, so the consumer has a choice. The choice and the competition bring in efficiencies in distribution. The proposed model of multiple supply franchisees will bring in competition in retail power supply and ultimately benefit the consumers. Once the draft model is out, we will have stakeholder consultations and hear everyone out so that there is a win-win situation for everyone.

In addition, discoms need to gear up for expanding the fleet of electric vehicles and associated charging infrastructure. Innovative business models will come in and grid stability issues will have to be addressed. Further, a deepening of the power market at generation and distribution levels is expected in the near term.