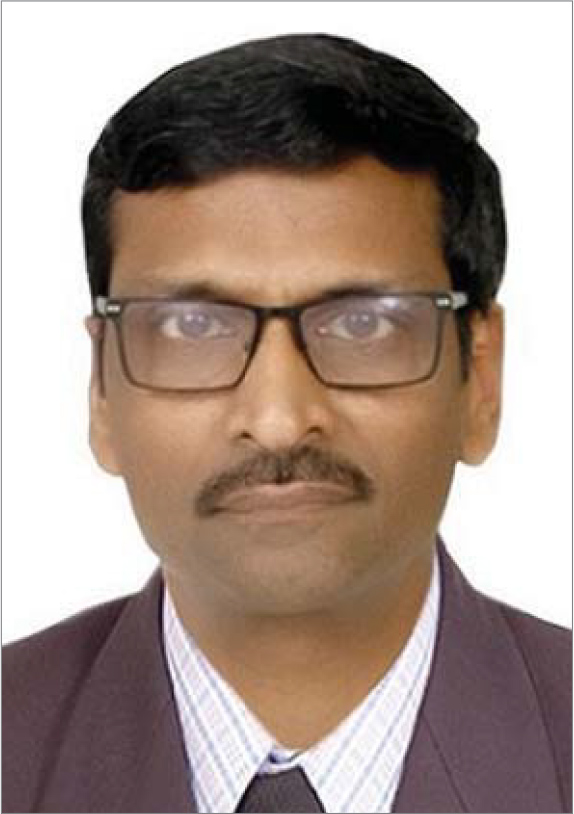 The national grid operator, Power System Operation Corporation Limited (POSOCO), has accomplished significant tasks in the recent past, from successfully managing the pan-India “lights-off” event on April 5, 2020 to efficiently handling the grid during the lockdown phase. The lights-off event was particularly challenging as demand fell by over 31 GW as against 12-14 GW estimated earlier. Yet, POSOCO managed it smoothly without any untoward incident with the support of all stakeholders. It has also effectively implemented security constrained economic despatch (SCED), which has helped in the optimisation of generation across the country, as well as pilots on automatic generation control (AGC). Going forward, the company is committed to improving the reliability and security of the grid in view of the increasing integration of renewables. In an interview with Power Line, K.V.S. Baba, chairman and managing director, POSOCO, outlines the company’s achievements and focus areas…

The management of the pan-India lights-off event was a very unique, insightful and a highly challenging experience for POSOCO. The successful handling of such an unprecedented event has provided us with several learnings on the technical and managerial front, and has once again highlighted the importance of flexible generation resources and effective coordination. Our experience in managing the event may be classified into three phases. The first one was the internal planning phase immediately after the announcement of the event, followed by coordination with various stakeholders, and lastly the implementation and post-event learning phase. The planning phase involved the estimation of demand reduction during the event and creation of an operational plan for successfully managing the sharp change in demand during the event. Extensive consultations were carried out with all concerned stakeholders such as hydro and thermal power generators, transmission licensees, Forum of Load Despatchers and state load despatchcentres (SLDCs). A major challenge was to accurately predict the behavioural aspect of consumers. Various suggestions floating on social media at the time created uncertainty in forecasting the consumer response, thereby making the task of demand estimation very challenging. POSOCO has experience in managing frequent load crash events due to cyclones, thunderstorms, etc. as well as the solar eclipse in December 2019. The successful handling of this event required effectively harnessing the flexibility of available generation resources.

During the entire process, the Ministry of Power held several interactions with all the power sector entities to provide the necessary support and guidance. The timely issuance of advisories, press releases and FAQs by the ministry to address the apprehensions among general public helped in the successfully handling of the event.

During the actual implementation, all the major hydro and gas stations were taken online, telephonically and through video conferencing by real-time grid operators at regional load despatchcentres (RLDCs) and the National Load Despatch Centre, and one to one communication took place to ensure a change in generation with respect to demand and frequency. Despite the actual reduction in demand being much higher than anticipated, the event was managed successfully with meticulous planning, coordinated actions and precise execution by all sector entities. POSOCO is grateful to all the stakeholders that acted in unison to manage this unprecedented event.

The lights-off event highlighted various strengths of the Indian power sector such as the availability of flexible generating resources, a robust transmission network equipped with technologies such as high voltage direct current (HVDC) and FACTS, effective regulatory and institutional framework, power system simulation capabilities, availability of effective communication infrastructure, and tools for real-time decision making. These strengths need to be further enhanced to manage the electricity grid of the future. Major enhancements and improvements may be made in the areas of demand forecasting, understanding of demand composition, renewable generation forecasting, regulatory initiatives to measure and incentivise flexibility, framework for reactive power and demand response ancillary services, and social media management.

The lessons learnt from this event will definitely help in managing grid flexibility, particularly in a high renewable energy scenario in the future. All the learnings have been compiled in the form of a report, which is available in public domain on the POSOCO website.

What is POSOCO’s assessment of the demand since the lockdown owing to Covid-19? What have been the challenges faced in power system management?

POSOCO is regularly monitoring the all-India, regional and state demand since the implementation of the pan-India lockdown. There has been a drop of around 20-30 per cent in demand since lockdown measures have been implemented in the country. The states with industrial loads have witnessed the biggest decline in demand. Since the implementation of the lockdown, POSOCO has been releasing a daily report on its website, which provides a detailed analysis of the impact of Covid-19 lockdown on all India, regional and state demands. The various demand comparison plots and energy tables in the report provide insights for assessing the impact and deriving meaningful conclusions.

The demand reduction has resulted in reserve shutdown of many thermal generating units. There has also been a reduction in frequency response characteristics (FRC) owing to a fewer number of units remaining on-bar. However, there has been an increase in hydro generation. The simultaneous demand reduction in all the regions has also helped in avoiding any major congestion in the transmission network. The high voltages in the grid are being handled through available reactive power resources and lightly loaded lines. Further, there has been deferment of many planned shutdowns during this period and these will have to be allowed after the lockdown period with due diligence. The issues related to vegetation management in transmission lines were also noticed in some parts of the country and the transmission licensees have been alerted on this issue.

One of the challenges is to forecast the demand post the lifting of lockdown restrictions. The all-India demand has started picking recently with a partial relaxation in the lockdown and also on account of weather beating loads with rising temperatures in the ongoing summer season.

How has the SCED panned out so far? What are some of the key lessons learnt?

The SCED pilot has been very close to my heart and it has given immense satisfaction to everyone in the sector, especially to POSOCO, with its excellent results and insights. It is for the first time that algorithmic optimisation has been attempted at such a large scale in the power sector. The results, learning, challenges and the way forward have been documented in POSOCO’s report available on the website. SCED has facilitated the economy at a national level by generating savings of Rs 20 million-Rs 30 million per day in despatch of the participating generators. The average variable cost of generation has reduced by about 3 paise per unit, from 206 paise to 203 paise.

It has also resulted in ease of operations for generators in terms of reduction in the number of changes in schedule. SCED has highlighted the need for flexibility in terms of reduction of the technical minimum from 55 per cent for costlier generators, especially considering the increasing renewable energy penetration. The SCED pilot has, therefore, been extended by the Central Electricity Regulatory Commission and its scope has been broadened to include private/merchant generators and state generators.

How will the recently commissioned REMCs aid the NLDC and SLDCs in forecasting and scheduling?

Recently, the power minister has inaugurated 11 REMCs in seven renewable-rich states and RLDCs/NLDC. RLDCs have started to utilise various functionalities of REMCs. There are three forecast service providers (FSPs) and one internal forecasting tool for effectively forecasting renewable generation. Internal forecasting tools will be used to produce a reference prediction of power generation in parallel to the external forecast provided by FSPs. Based on multiple inputs, the forecasting module will generate output through an optimal combination of all available forecasts from multiple FSPs as well as internal forecasting module output. Apart from forecasting, REMCs will be of immense help in focused monitoring of renewable plants through functions such as communication, real-time telemetry, network topology, weather parameters, monitoring of available capacity, compliance with the CEA Technical Standards of Connectivity Regulations and curtailments, thereby enabling better integration of renewable energy. The Government of India has already approved the setting up of a new REMC in Telangana.

What will be the impact of RTM on system operations?

The real-time market (RTM) will fill the need for an organised marketplace close to real-time delivery for market participants to balance their portfolios. This should help them to reduce the reliance on the deviation settlement mechanism (DSM) and thus optimise portfolio management. RTM will also help in the integration of renewable energy sources to the grid as it provides a market opportunity closer to delivery for much better forecast. It is hoped that RTM will serve its intended purpose and deepen the electricity markets in India.

Reserve regulation ancillary services (RRAS) were introduced in 2016 based on the CERC regulations. RRAS has benefitted the system operation immensely by helping in maintaining system frequency within the IEGC (Indian Electricity Grid Code) desired band for a larger percentage of time. System operators have very effectively utilised this tool during incidents involving load crash or other skewed load generation balance scenarios. Even during the “9 p.m. lights off” event, the RRAS was effectively utilised to both back down thermal generation and increase the hydro generation, which helped in bringing flexibility from thermal stations in an organised way.

Based on the feedback provided by POSOCO, the CERC is exploring various possibilities of expanding these services. I have a strong belief that similar regulations at the intra-state level will be very useful for SLDCs in balancing their state’s demand and generation without deviating from interstate schedules. There are further discussions on other ancillary services such as reactive power and black start ancillary services as well as increasing the ambit of generators under the present RRAS mechanism. AGC is also being implemented at all regional entity generating stations, for which tariff is being determined or adopted by the CERC. In 2019-20, the footprint of the pilot project on AGC was enlarged to all five regions through the operationalisation of AGC at two more power stations by POSOCO in collaboration with NTPC. As AGC expands to cover more generating plants, the task of maintaining frequency close to 50 Hz, especially with the increasing penetration of variable renewable energy sources, would give much needed help.

What will be POSOCO’s key focus areas in the coming year?

POSOCO is committed to improving the reliability and security and efficiency of the grid, that is, system operation as well as market operation. The following are a few focus areas: