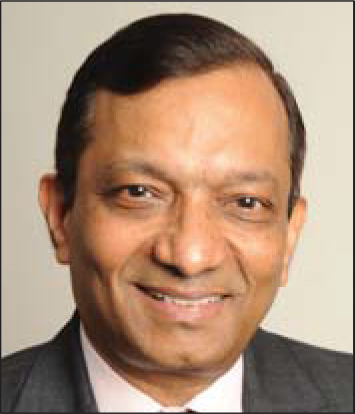 Dr Pawan Goenka is optimistic about the future of electric vehicles (EVs). “EVs generate savings for customers from the first year of operations,” he notes. Over time, he believes EVs will be deployed across the country, given that the government is keen to make the three-wheeler segment all-electric. Goenka has over four decades of experience in the automobile industry across research and development and the automotive segment. He is currently managing director (MD) and chief executive officer (CEO) of automobile major Mahindra & Mahindra, and has been associated with the company for over 27 years.

Goenka notes that during FY2019, the company recorded sales of more than 1 million for the second consecutive year and achieved the highest ever domestic volumes for global vehicles and tractors. “Turbulent times help us to stretch the limits and sharpen ourselves to be future-ready,” he says. The company achieved a new milestone by recording sales of over 10,000 EVs, including lead acid and lithium-ion battery-powered three- and four-wheelers. Building on pioneering work on EVs, the company launched India’s first lithium-ion-powered fully electric three-wheelers.  Commenting on the company’s roadmap, Goenka says that it has consolidated its overseas operations and acquisitions to ensure it is ready for the next stage of growth as global economic conditions improve. Goenka takes pride in the fact that the company is ready for cost-effective BS VI diesel as well as world-class BS VI gasoline options for its vehicles. The company has also signed MoUs in the areas of power trains, connected cars and sharing of the C segment UV platform.

Goenka is a National Council member of the CII and chairman of its Manufacturing Council. He is chairman of the board of governors of IIT Madras. Goenka was honoured with the Automotive Man of the Year Award at the NDTV Car and Bike Awards in 2011, and recently, in February 2020, he was presented the Lifetime Achievement Award by Car India and Bike India Awards 2020 for his commitment to the progress of the Indian automotive industry.

Goenka has a bachelor’s degree in mechanical engineering from IIT Kanpur and a PhD from Cornell University, USA. He has also done an advanced management programme from Harvard Business School and is a fellow of SAE International and the Indian National Academy of Engineers.