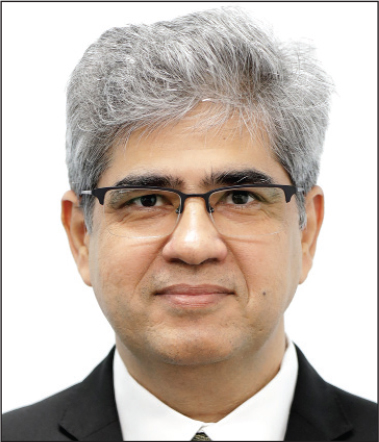 Naveen Munjal is currently director of business development and commercial (conventional) at CLP India. With over 31 years of experience, including 19 years at CLP, Munjal currently handles all commercial matters of CLP India’s conventional power business including business development, fuel and power purchase agreements as well as procurement. In the past, Naveen has led the finance function for the company’s India business as its chief finance officer (CFO) for about six years.

Regarding his perspective on the state of power transmission, Munjal says, “With an annual capex of almost Rs 500 billion over the past five years and significant growth in renewables, power transmission in India has reached an important juncture. But some of the key unresolved issues in the segment are project delays and cost overruns and tight timelines for bid submission”. He believes that expediting forest and wildlife clearances and adopting the power ministry’s guidelines for payment of right-of-way compensation can help reduce time and cost delays in the completion of transmission projects.

Speaking of his most memorable assignment, he fondly remembers his experience at Powergen India as the CFO of the SPV that held the company’s gas-fired power plant in Gujarat. He recalls “I was actively involved in the due-diligence activities in what was one of the largest acquisitions of that time (with consideration in excess of Rs 10 billion). I was also involved in the sale of the majority equity by Powergen to the CLP Group thereafter in 2001-02.” He adds, “That period coincided with one of the most difficult periods in the evolution of the Indian power sector (1999-2004), which included the Dabhol imbroglio, our mounting receivables, disputes with stakeholders and other challenges. It meant a steep learning curve in dealing with all these challenges as the CFO – each of the learnings were a life lesson!”

Munjal describes his management style as democratic, interspersed with coaching and affiliative styles. He remarks, “I don’t think I should be passing judgement on my own style, it is something that the people I work with should opine on”. Prior to joining CLP, he had held several leadership roles at Powergen, Lucent Technologies, AT&T India and SB Billimoria & Company. He is a commerce graduate from the Shri Ram College of Commerce, Delhi University and is a member of the Institute of Chartered Accountants of India.