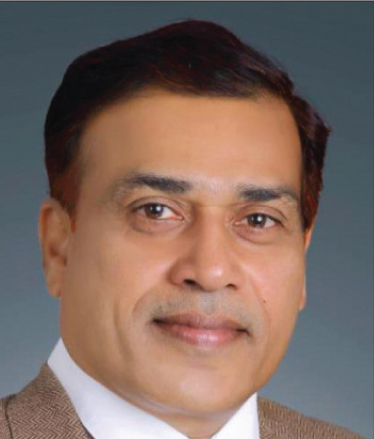 T. Sriranga Rao assumed charge as the chairman of the Telangana State Electricity Regulatory Commission in October 2019. With over three decades of experience as a legal practitioner, Rao has fought difficult cases as a lawyer with a private practice and as president and general secretary of the Bar Association of Telangana. In his current role, Rao’s responsibilities include bringing transparency, openness, independence and justice in operations; improving the economic and financial strength of the energy sector; improving the regulatory environment for the operation of distribution licensees; and delivering efficient policy to all energy consumers.

On the current state of the power sector in Telangana, Rao says, “Telangana is one of the mixed generation states of India, with each erstwhile district having thermal or hydel generation units with renewables, which is unique and helps to always keep losses low while providing frequency stability.” He highlighted that Telangana is supplying 24×7 power to all categories of consumers, and is the only state supplying 24×7 free power to all agricultural consumers since 2018. In 2019-20, Telangana’s per capita consumption was 2,017 units, which is 71.4 per cent higher than the national average of 1,208 units.

Rao notes that Telangana state discoms are procuring cheap power at night from the market and pumping water from the Srisailam and Nagarjunasagar projects, and utilising the power during peak hours. As per the CEA, Telangana has procured the highest volume of 12.05 per cent of the total power in the exchanges in 2019-20. The Ministry of Power has acknowledged Telangana as the second largest buyer in the real-time market and the biggest seller in the green term-ahead market. The state has been generating savings of Rs 3 billion by managing load through the market. The state commission has been instrumental in reducing AT&C losses through technologies such as smart metering and smart grids.

Rao recalls his most memorable assignment as being the convenor of the Telangana Advocate joint action committee and organising various agitation programmes until the state of Telangana was formed. With regard to his management style, Rao remarks, “Clear communication is one of my strengths, which I apply in daily management to get the best results.”

Rao is a graduate in law (1988) and holds a master’s degree in philosophy (1990) from Osmania University.