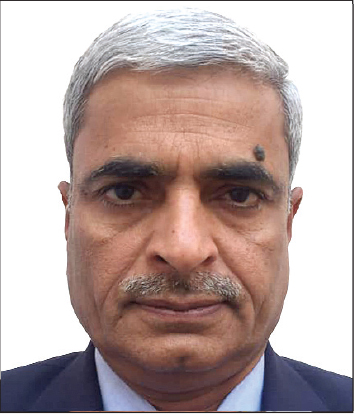 Dr V.K. Khare, director (personnel management and administration), Uttar Pradesh Power Transmission Corporation Limited (UPPTCL), brings to the table 37 years of experience in the power sector. He has held key positions at NTPC, Power Grid Corporation of India Limited and the Ethiopian Electric Utility (EEU). “I am privileged to have worked in the world’s largest transmission set-up for more than three decades. I have travelled across the globe and shared my learning across Asia, Europe and America. I would like to continue this journey, share my learnings and interact with leaders of this field from around the world,” says Khare.

He has seen the Indian power sector evolve over the years. “Uninterrupted power supply at an affordable price is talked about as the right of the customer. The 765 kV main grid, along with a long distance bulk power HVDC system, is the backbone while the 400 kV network has become strong as well. The robust and redundant network has allowed open access and avoided transmission congestion,” he says.

Among his most memorable assignments, he particularly recalls his experience at EEU, where he was the CEO. “EEU, a nation-wide public utility, was carved out of the Ethiopian Electric Power Corporation and was responsible for electricity generation, transmission and distribution across the country. I led a team of over 13,000 EEU employees and reported directly to the deputy chief minister of Ethiopia,” he says. Under his leadership, EEU achieved over 100 per cent of the targets set by the government in two years, as well as remarkable growth and reforms, the first for an African country.

In terms of management style, Khare says, “I believe in leading from the ground up and getting the work done. I encourage my team to collaborate in decision-making and work together harmoniously.” Khare is an electrical engineer from Jiwaji University, Gwalior, with an MBA in personnel and finance and a doctorate from Nagpur University. In the future, he would like to teach at universities and share his knowledge with the younger generation.