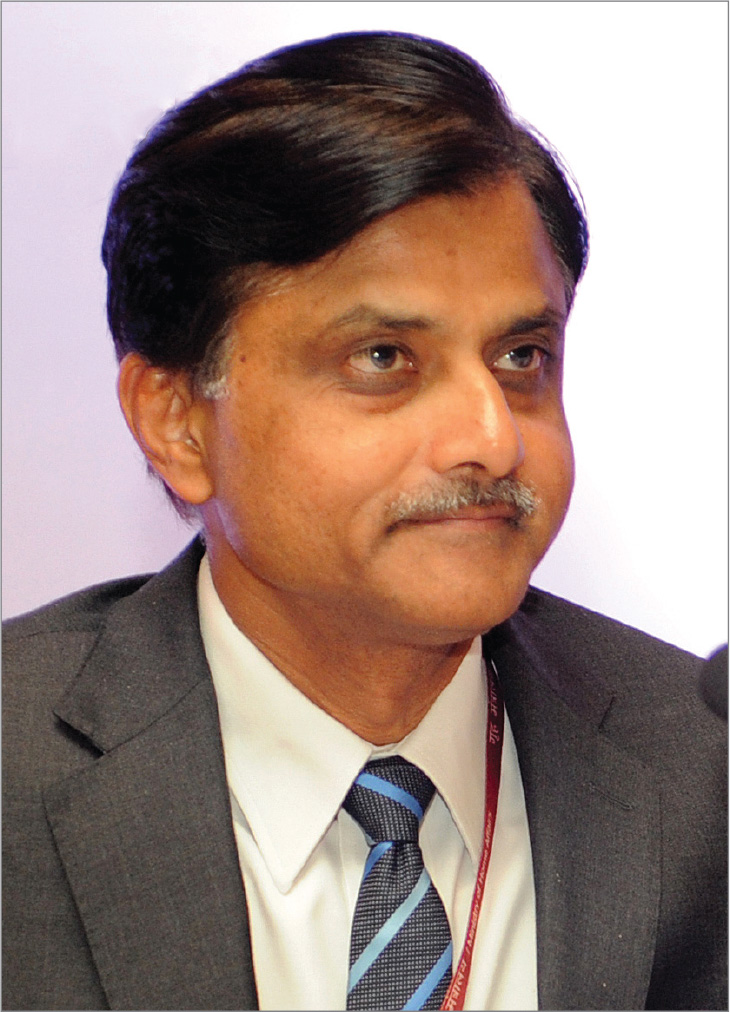 India’s solar power market has witnessed impressive growth owing to various government measures such as the VGF/GBI in the initial phase, the ISTS waiver, a concessional GST regime, the renewable purchase obligation (RPO), a transparent project allocation mechanism based on competitive bidding, and enthusiastic participation by the private sector. Although the Covid-19 pandemic has temporarily disrupted this growth due to supply chain constraints, etc., the segment is expected to bounce back quickly post the pandemic. The government, on its part, has been making constant efforts to address various issues through enabling policy interventions. At a recent Power Line conference on “Solar Power in India”, Aniruddha Kumar, additional secretary, Ministry of New and Renewable Energy (MNRE), discussed the key government initiatives in the area of domestic manufacturing, the hydrogen mission and transmission infrastructure development, and shared his perspective on the solar power segment. Excerpts…

Solar power is on the top of the agenda for the MNRE, and various steps taken by the government so far testify to this. India’s solar capacity has grown manyfold and has reached 40 GW in a short span of time. However, the Covid-19 pandemic has affected our 100 GW solar target for 2022. In 2020, the capacity addition was less than the target and the second wave of infections has further impacted the progress of solar projects. We have taken all measures needed such as an extension of timeline for ongoing projects, which has been extended from five to six months recently, and we have kept the window open for a further extension depending on the situation of the second wave of Covid-19.

To encourage domestic manufacturing of solar cells and modules, there is a mandatory domestic content requirement in the Central Public Sector Undertaking Scheme and KUSUM. There has been a tremendous response from industry, particularly after the recent announcement regarding the imposition of basic customs duty on solar cell and module imports, with effect from April 2022. We have set up a project development cell in the MNRE to facilitate the setting up of new solar manufacturing capacity in India. Further, a production-linked incentive scheme has been sanctioned and we have issued guidelines for the same. We hope that India will have sufficient manufacturing capacity in the next three to four years. In addition, we have set up a Dispute Resolution Committee, to address various issues/disputes arising in projects. At times, many projects get delayed due to issues that are beyond the control of developers or contractors. Thus, there is a dispute resolution committee to examine those issues, which are beyond the provision of contracts and assess whether their request for the extension is genuine.

“We are looking at the possibility of liberalising open access procurement of renewable power.”

Further, we are looking at the possibility of liberalising open access procurement of renewable power. In fact, the Maharashtra Electricity Regulatory Commission has recently introduced the green power tariff which allows consumers, willing to meet 100 per cent of their power requirement through renewables, to do so by paying some additional charges to the discom. The next thing is the promotion of rooftop solar for which we have proposed to increase the minimum permissible limit for net metering for rooftop installations to 500 kW. This proposal is under consideration of the Ministry of Power. This increase in the net metering limit will encourage rooftop solar installations in the country, which has various advantages, such as reducing transmission and distribution costs as well as AT&C loss reduction.

We are currently working on the National Hydrogen Mission also. The mission document is almost ready and has been circulated for consultation. We should be able to launch this mission in the next three to four months. We are also looking at some sort of mandates for industry to use green hydrogen, but not for energy use. Many industries, such as steel manufacturing, refineries and fertiliser manufacturing, use hydrogen. We are contemplating some sort of obligation for them to use green hydrogen or green ammonia instead of using grey hydrogen. The idea has already been discussed with the respective ministries and they have responded favourably to this idea.

Transmission and evacuation of renewables

Regarding the transmission infrastructure, we have a two-way approach. One is to promote intra-state transmission systems for which we have the Green Energy Corridors Scheme, which is already under progress. Under this scheme, we give 40 per cent grant to the states to construct transmission lines to facilitate evacuation of renewable power. We hope to complete most of the projects by March 2022, while some of the projects may continue till June 2022. In addition, we are setting up inter-state transmission systems for 66.5 GW of renewable energy capacity. This is under progress. However, the application for connectivity has not been received from developers for many locations, some of the components are yet to be bid out. Besides, the MNRE is planning to set up 10 GW of Solar Park in Leh. For evacuation of solar power from Leh, we have planned 10 GW of ISTS from Leh to the main load centres of India. The detailed project report has already been prepared by PGCIL and is under consideration.

We are also planning the second phase of the Intra-State Transmission Scheme. The Ministry of Finance has given in-principle approval and that will also help in the evacuation of around 25-30 GW of renewable energy capacity. The government will provide 33 per cent grant to states for the construction of intra-state transmission capacity. The draft EFC proposal has been circulated to various stakeholder ministries and we are expecting their comments soon. Once we receive their comments, we will approach the finance ministry to appraise it and the Cabinet to sanction it. KfW is also willing to provide loans for the Green Energy Corridors project to the extent of 40 per cent for the second phase as well, depending on the states’ willingness.

“We are looking at the possibility of liberalising open access procurement of renewable power.”

The discoms’ appetite for the absorption of new solar power is certainly an issue because for the past two years, the energy demand has not increased. States already have sufficient contracted capacity in terms of long-term power purchase agreements (PPAs), which has reduced their appetite for fresh PPAs. Further, there is reluctance on the part of the states due to their expectation of tariffs falling further and they postpone the signing of new PPAs. We hope that soon states will realise that tariffs for solar and wind power have become very competitive. In the draft Electricity Act Amendments, we have proposed to make it compulsory for states to adhere to the Renewable Purchase Obligation trajectory and any non-compliance will attract penalties. Thus, once these amendments are finalised, states will be prompted to sign fresh PPAs.

Another issue is regarding the ability of the grid to absorb solar power without impacting its stability. We not only have to balance the diurnal variation and intermittency of renewable power, but also manage the seasonal variation of demand and generation. The energy demand is not constant throughout the year, so if we put up more renewable capacity to meet the peak demand, there will be huge curtailment during lower demand periods. Sufficient storage would be required to balance the grid and maintain its stability. This could be either battery-based storage or any other form of storage, including hydrogen.