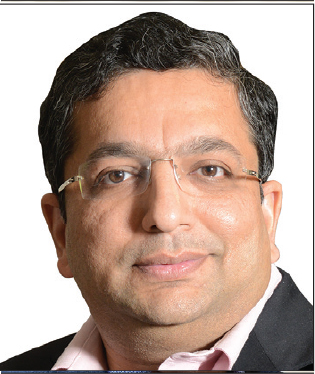 Sameer Gupta, chairman and managing director, Jakson Group, has been spearheading the company’s operations for over two decades and is proud of its achievements so far. But he is not willing to rest on his laurels and has his eyes set on future growth. “We were at Rs 8 billion in terms of revenue in 2010 and have now nearly trebled it to Rs 23 billion. We want to double our revenues in the next three to four years. That’s the financial goal,” he says. On the non-financial side, he intends to create a sustainable organisation. “We want to be a carbon-neutral company by 2035 and focus more on the environmental, social and governance (ESG) front.”

The Jakson Group started in 1947 as an electrical goods trading company in Delhi and later grew to become a leading diesel genset manufacturing company. However, over the past few years, it has been on a path of diversification to become an integrated energy solutions company. “Diesel gensets continue to be a significant part of our business and have been clocking a CAGR of 6-8 per cent in the past few years. But we want to expand our offerings in the energy sector, which is our core competency. So, we have entered into EPC contracting in the T&D space as well as solar, which makes sense from the sustainability point of view.” Interestingly, Gupta recalls that it was during the global financial crisis of 2008 (following the collapse of the US’s Lehman Brothers) that the company realised that it needed to transition from a “one-business company”, as its revenues were significantly impacted.

In terms of management style, Gupta follows a consensus-based approach and likes to take the team along. “We are very open to feedback from not only the leadership team but also other employees,” he says. He currently spends a lot of time on the company’s operations and relationship management but, going forward, he wants to focus more on strategy and mentoring.

Gupta is excited about the future of the energy sector, which is witnessing a transition towards non-fossil fuels with new technologies on the anvil. “We might land up using hydrogen instead of diesel for the same generating set!” he remarks.

Gupta did his engineering from Pune University and has recently done an executive management course from Harvard University. During his free time, he enjoys reading, and experimenting with food and new places.