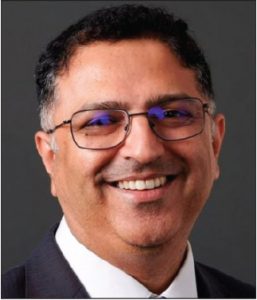 Rohit Pathak, CEO of Birla Copper, the flagship company of the Aditya Birla Gro­up, is currently president of IEEMA. He started his career as a consultant with McKin­sey, where he worked for 10 years. Later, he joined the Aditya Birla Group as principal executive assistant to the group chairman, looking after strategic planning and monitoring across group businesses. Post that, he took over as CEO of the group’s insulator business and last year, he assumed charge as CEO of Birla Copper.

“India is on the cusp of a big shift. The elements of this shift are two-fold. One, digital electrification is going to be the key form of energy. Second, with the push towards renewables, India now has the ability to move from being a net importer of energy to being self-sufficient in energy and maybe even surplus in energy,” he says. Pathak believes that with green hydrogen, wind, hydro, solar and hybrid, coupled with proper storage sol­utions, the next 10 years will see a big shift and define the role India will play in the global energy space.

According to him, the biggest issue is the profitability of the distribution segment. He believes that privatisation, more digitalisation, removal of cross-subsidies, and maybe giving DBT to consumers can make this segment su­stainable. With renewables increasing, the se­cond issue is the need for grid stability and storage systems to meet the base load. The third issue is making green hy­drogen and nuclear scalable to compete with other sources.

Pathak believes there is huge scope for Indian power equipment manufacturers. “First, as countries look at alternatives to China, we have a big opportunity. Second, with the growth that we have seen in India, we have an opportunity to innovate and achieve the scale to become globally competitive and become a global supplier. Third, several new sectors will emerge where we can be a leader rather than a follower,” Pathak adds.

His top priority as president of IEEMA is to help member companies see the big opportunity; drive growth and progress in new energy areas; and ensure quality, safety and reliability.

He cherishes his five years working for Mr Birla. He describes his management style as akin to sovereign leadership. He sets the direction and vision for the team, but then lets them drive it while supporting them wherever needed. Pathak completed his BE in electrical and electronics engineering from BITS Pilani and his MBA from IIM-Ahme­da­bad.