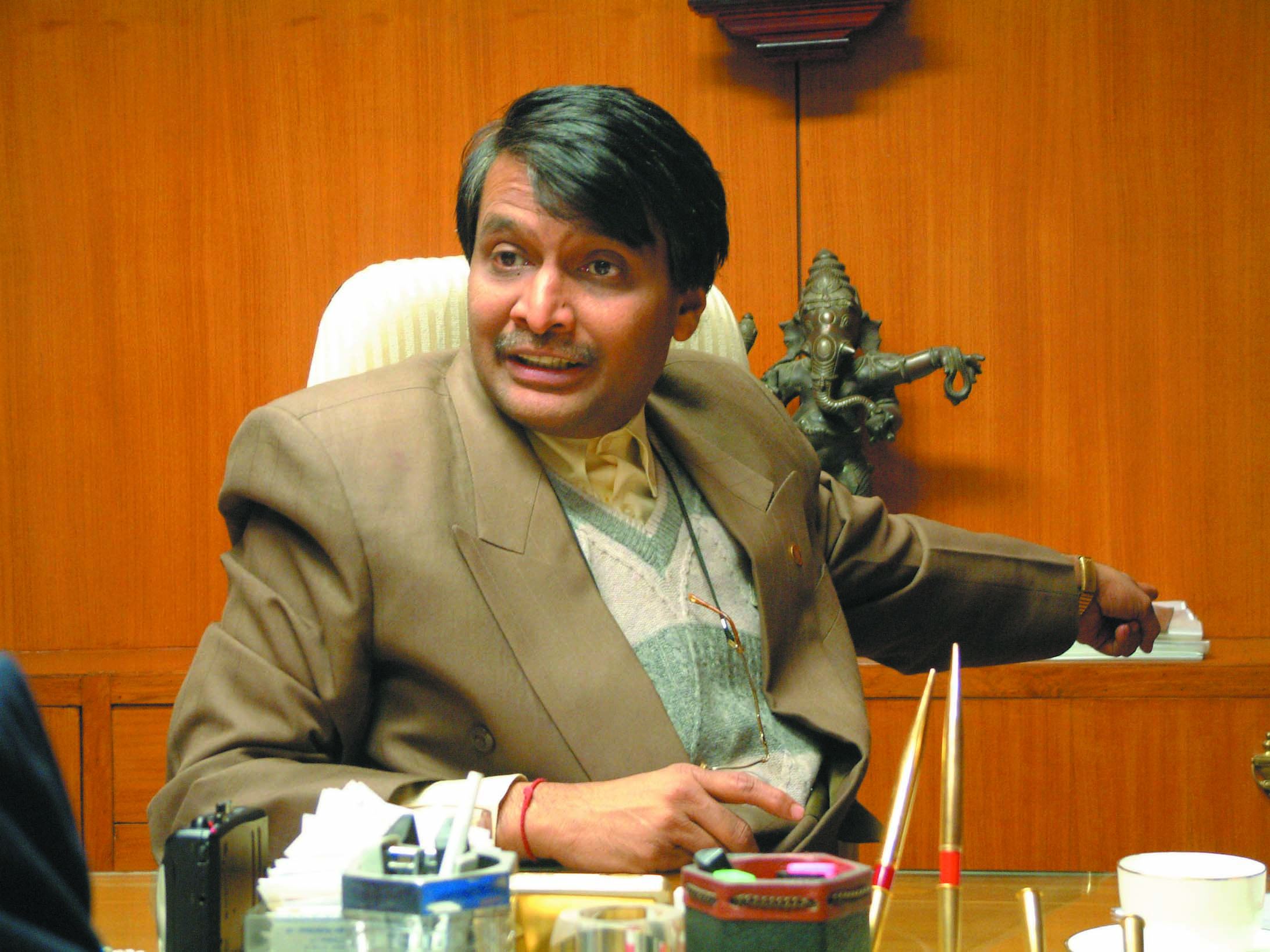 Suresh Prabhu was at the forefront of policy decisions on the energy sector. In this 2002 interview, the then power minister struck a positive note with the MoP’s “blueprint” for action. Revisit Prabhu’s interview, peppered with his characteristic repartee and one-liners.

What are your objectives for the new year?

We have made a very comprehensive plan for implementation of power sector policies. There is a blueprint, which was never there before. There is also a report on the action that has been taken so far on the plan. Everything is there in the report. The plan talks about various scenarios. Scenario A, scenario B, scenario C. From least to highest. We are working on all issues simultaneously, be it demand-side management, energy conservation, etc. The work is being monitored on a week-to-week basis.

What do you think were your successes last year? What did you manage to accomplish?

In the Eighth and Ninth Plans we made a lot of noise about generation, and we failed. Now we are shifting our focus from generation to other issues. These are the issues (in the blueprint) we want to attain. And why I am saying we need to attain is, because all this 36,000 MW is under construction. I cannot make it happen in the last year of the plan. It is something that is happening; we have started work on each of these now.

NTPC has projects of 5,500 MW under construction. This is the highest ever in NTPC’s history. Another 7,500 MW it is taking up in the next six months. So more than what it has to execute in the entire Tenth Plan, it is executing in the first year of the plan itself.

In the past five to eight years, NTPC’s contribution in terms of generation has not been as good as before. Why do you think it has not done so well?

In the past, what has happened has happened. I never talk about the past because then somebody will say I am blaming somebody else. I am telling you about the future. This is what is the reality today. Now we are monitoring the situation on a day-to-day basis. We can give you the complete information (for which he asks us to meet special secretary, Mr Prabhakaran, who is monitoring the situation).

The ministry is organising various conferences in partnership with the CII. What do you hope will be the net result of this effort?

“Worldwide in the power sector, self-sufficiency has been attained only through public investment. We can’t expect somebody to come and do it for us. It is like inviting a guest home for dinner and saying you first clean our toilet, then we will give you dinner.”

What is your expectation from the conferences?

Basically, we are trying to target different groups that will know what is happening in the power sector. Worldwide in the power sector, self-sufficiency has been attained only through public investment. We can’t expect somebody to come and do it for us. It is like inviting a guest home for dinner and saying you first clean our toilet, then we will give you dinner. You have to make sure your house is in order. You have to do it yourself. No private money will come in for cleaning your system. For that you need public money.

Are you hoping for increased budgetary support?

There is now a total agreement with finance, planning and our ministry that this is the approach that needs to be pursued.

During one of our previous meetings, we had talked about the fact that tariffs are often linked to fuel costs and the fuel costs could be lower if there was cooperation from the other ministries. Has there been any progress on this?

That we keep pursuing. But we can’t totally rely on that. We have to find the best possible alternative. Now since gas prices are falling, NTPC is going for a global tender. That’s the only way they can reduce costs by bringing in competition.

But the high tariffs are also on account of import duties…

That, of course, is one part. But it is not the only way. There is a limitation. The finance ministry also has to survive. If every ministry says they will have zero duty, how will it work?

Do you think mega power projects are almost not viable now?

We are finding some alternative security mechanism for that.

What kind of basis will that mechanism have?

We are currently talking to the banking institutions. They have to decide on the viability. They need to be satisfied.

So, PTC will not support the mega projects?

Mega projects and PTC have nothing to do with each other. PTC will do its normal business of trading. They can trade with a, b or c. They can decide from time to time.

Will PTC not buy from mega projects?

That we have not decided.

The last time we were here, we talked about the distribution initiatives and studies being under­taken in various districts. What is the feedback?

We have prepared the exact situation till the last month.  I would like you to meet Shashi Shekhar who deals with it directly.

Has anything been firmed up on the divest­ment of government equity in BHEL?

We have nothing to do with BHEL. BHEL is not under our ministry.

What are the terms of DVB’s privatisation of distribution?

That is now going on. We are inviting bids in February.

You are fairly confident it will go as scheduled?

Yes, at least that’s what we are trying, both the Delhi government and us.

We are now re-evaluating what went wrong, and why we did not succeed. The centralgovernment, the state govern­ment and the World Bank will together do a mid-term correction.

Are you satisfied with the pace of reforms in Andhra Pradesh?

Andhra Pradesh is going on fine. Things are moving in the right direction. We will be able to make a breakthrough soon.

About the other states?

Haryana has now started doing well. Karnataka is also now moving forward despite some problems. In Uttar Pradesh, there are now elections. After elections we will put the focus back on again.

The Government of India has signed the South Asian Regional Initiative in Energy Cooperation. What are the objectives?

We are working on it. We have to get all the countries together. There has to be cooperation. Bangladesh has got gas. We have got consumers for gas. Nepal and Bhutan have hydro resources.  We have the consumers for that resource.

There has to be flexibility in the fuel pol­icy. In a dynamic world you cannot have static policies. It has to be a dynamic process. Some time back, we were sold out on our gas-based projects. So, you must keep your ear to the ground.

Will the Enron debacle have some impact on the negotiations with DPC?

It will have some impact.  The financial institutions are dealing with the issue. They are talking to prospective buyers. We in the ministry do not make deals. This is not the job of the ministry. The ministry makes policies.

Is the union ministry not involved in the nego­tiations at all?

In the next three to five years, what are the major changes that we can look forward to?

It’s all there in the blueprint report. It includes targets for five years, 10 years and15 years. Both short term and long term.

For example, what, according to you, would the price of power come down to for consumers?

That’s the objective of reform in the distri­bution sector, to lower the price of power.

What is the status of securitisation of SEB dues?

There has been major progress on it.

Finally, what is the message you would like to give the people involved in the power sector?

We are working with the plan which was not there is the past. It is not just a plan. A lot of action has already been initiated. The fruits of these efforts will be seen in three to four years’ time. What we really need is the cooperation   of the people. And to let people know we need their cooperation; we have organised 2,000-odd road shows countrywide. Those road­ shows will result in concrete action.