The stress level in the Indian power sector has reached an alarming level on account of a variety of reasons such as fuel policy-related issues, excess/ easy availability of credit, poor planning in terms of balancing supply with demand, moderation in industrial demand and poor health of discoms. Experts are of the opinion that such stressed capacity could be around 50-70 GW. In monetary terms, the same translates into stuck financial resources of Rs 3,000 billion-Rs 4,000 billion, which is nearly 3 per cent of India’s GDP. This is a humongous waste of national resources. As a result, the power sector has the highest share of banks’ non-performing assets (NPAs).

Some of the major reasons for stressed power are feedstock uncertainty, irrational exuberance of project proponents and lenders, and moderation in industrial demand. Policy paralysis on the feedstock (coal and gas) front has contributed to the issue of stressed power assets the most. The easy availability of credit, coupled with the poor monitoring of asset quality aggravated the issue of bad loans. As shown in Graph 1, the year-on-year growth of power sector loans versus overall industrial loans demonstrates the lending exuberance in financial years 2011, 2013 and 2015. The outstanding loans of discoms as well as power purchase payables per unit sold are showing an increasing trend. It is an alarming signal from the discom efficiency point of view. Among various consumer categories, growth of industrial demand was the slowest during 2012-16. Poor project planning has contributed to the aforementioned policy, regulatory and industrial issues.

How big is the issue?

As per a Reserve Bank of India report, banks’ industrial credit as of January 20, 2017 was nearly Rs 26 trillion. Of this, the power sector’s share was the highest at close to 21 per cent. Stressed assets of the power sector, including restructured standard assets, were estimated at Rs 553 billion in 2015-16. This means that the recovery of 20 per cent of the loan amount is doubtful, which is a serious concern. The current capitalisation plan of Rs 100 billion as announced in the budget does not seem to be sufficient to tackle the stand-alone power sector bad assets, let alone the total estimated bad assets of Rs 1 trillion in the Indian banking industry. 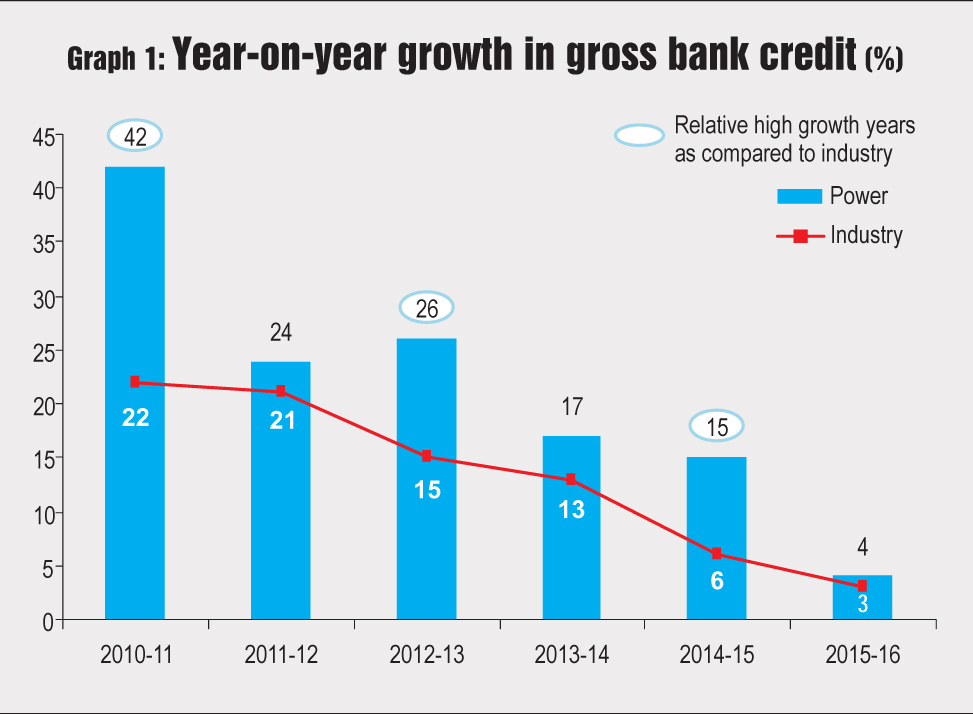 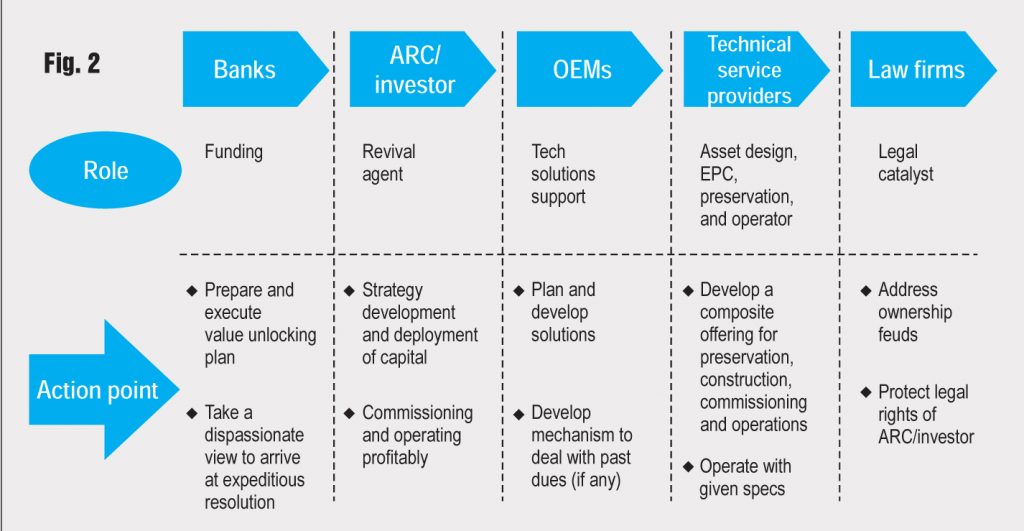 The suggestions for the revival of stressed power assets received during primary interactions with stakeholders are as follows.

“A national pool of stressed power assets may be created, under the overall supervision of a central power utility. The majority of the capacity of such projects could be linked to a nearby/identified industrial belt.”

“The framework of low tension power purchase by states (Cases 1 and 2) may be declared. Banks should be rewarded/ encouraged for realistic self-assessment for sustainable debt for each of the stressed accounts.”

“Infrastructure NPA bad assets bank along with government stewardship can ensure the structured revival process. State generation companies backed by their respective governments, in view of their ageing capacities, could consider taking equity in stressed projects.”

“Inefficient and environmentally non-compliant old capacity (mostly with state generation companies) may be retired to create space for new capacity. This will have two benefits: environmental commitment fulfillment and reduction in cost for end-consumers.”

“Extremely distressed situations should be addressed in an unemotional and quick manner. Such projects should be taken over by the lenders and disposed of to a buyer or dismantled, and the equipment should be auctioned.”

“Timely action by stakeholders is not only the key for revival but also limits the haircut. However, this requires the aggrement of all stakeholders, which is a challenge.”

It is a modest attempt from Deesha Power to share our thought process through this white paper on an issue of national concern. We hope that small steps, in terms of culmination of thoughts through this white paper, could start a long journey of resolution of stressed power assets with all stakeholders marching in the same rhythm, and hope that it will light up a million minds for proactive actions for revival of stressed power assets in the years to come. Deesha Power will be happy to add value to the decision-making process related to techno-commercial evaluation, market assessment and strategies for stressed power assets, and facilitate its on-the-ground execution. n

(This article is an excerpt from a white paper released at a conference, “Stressed Power Assets” organised recently by Deesha Power along with OnMspares.com in Mumbai. For further details on the white paper, Shardul Kulkarni can be reached through email at shardul.kulkarni@deeshapowersolutions.com)