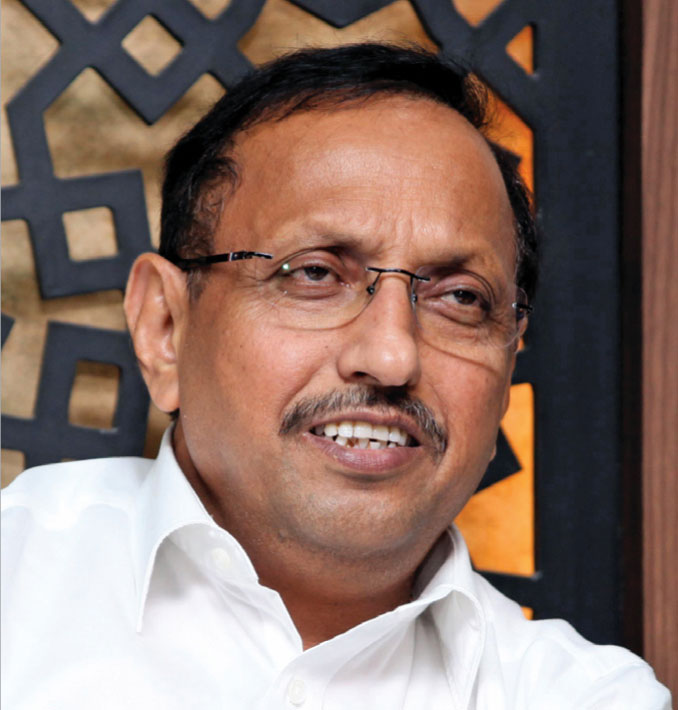 What, according to you, have been the most notable achievements of the power sector in the last one year?

In the last financial year, various government schemes promoting renewable energy have started showing results. Out of the total generation capacity added (about 29 GW), the share of renewables rose to nearly 45 per cent including the highest ever wind capacity addition. The cost of renewables continued its downward trajectory to achieve some parity with conventional generation. Schemes like Unnat Jyoti by Affordable Lighting for All (UJALA), and affordable 24×7 Power for All have started fructifying. The tariff policy amendment was approved with forward-looking provisions for achieving the above objectives. The Ujwal Discom Assurance Yojana (UDAY) has particularly showed visible results with as many as 12 states reporting a reduction in aggregate technical and commercial losses and 15 states reporting a reduction in the average cost of supply-average revenue realised (ACS-ARR) gap. This development is very positive for the entire sector. Energy efficiency measures were taken up on a large scale by distributing LED bulbs and other equipment. Overall efficiency is improving with the increased role of market mechanisms like power exchanges and open access. The power transmission network has become an enabler for ongoing sectoral reforms, facilitating the availability of power at the most economical price.

What are the biggest unresolved issues and challenges in the power sector?

The biggest challenge in the power sector is the investments required in the sub-transmission and distribution area. UDAY has been successful in reducing the ACS-ARR gap to some extent, but investments in distribution are still an area of concern. Powergrid is willing to invest in these areas in partnership with state utilities. The joint venture with Bihar has been quite successful. Further, we are keen to participate in the distribution business as a “carriage partner”, as and when the opportunity opens up. The second major challenge would be the integration of large-scale renewable capacity into the grid. Renewables are characterised by variability and uncertainty and a short gestation period. The Green Energy Corridors (GEC) project, state-of-the-art static synchronous compensators (STATCOMs) and static VAR compensators (SVCs) are being implemented to maintain the stability of the grid. To further enhance stability and facilitate energy balancing, a forecasting and scheduling mechanism is being implemented at renewable energy management centres (REMCs).

What were some of the significant business and growth highlights of Powergrid’s performance in the past year?

For our company, the last year was a particularly good year. We commissioned Rs 320 billion worth of assets, the highest ever. We awarded contracts worth Rs 302 billion and accorded investment approvals to projects worth Rs 365 billion. The company added a record 15,000 MW interregional power transfer capacity during the year, which further boosted the smooth exchange of power without any price split.

What are your topmost priorities for Powergrid in the short to medium term?

Our immediate priority is to commission the important Champa-Kurukshetra high voltage direct current link and further strengthen the western and northern regions corridors. All four poles are expected to be operational in the next six to eight months. Moreover, our order book or work in hand is close to Rs 1,240 billion. Hence, in the near future (three to four years), we expect the commissioning numbers to be similar to 2016-17. Capex to be done is Rs 810 billion. Our priorities in the short to medium term are to achieve these targets on time.

How are the High Capacity Power Transmission Corridor (HCPTC) and GEC projects progressing?

The gestation period of renewable energy projects (about one year for wind and solar) is very low compared to the gestation period of a transmission line (two and a half to three years). Anticipating this, Powergrid has evolved two schemes – GEC I and GEC II – which are basically for the creation of highways for renewable power transmission. So, any new generation plant can tap into these highways and get connected to the grid very quickly. GEC I comprises two systems, one starting from Gujarat, traversing Rajasthan and finally ending in Punjab, and the other in Tamil Nadu. These have been designed in the potential areas of wind and solar. GEC II, on the other hand, is for tapping power from the ultra mega solar parks in different states, including Andhra Pradesh, Madhya Pradesh, Karnataka, Rajasthan and Gujarat. Both these projects are on track and under implementation. Other HCPTCs are also progressing satisfactorily.

What are some of the new areas and growth opportunities being explored by Powergrid? How does the company view the EV charging infrastructure segment?

Powergrid has plans to leverage its 250,000 towers spread across the country for telecom purposes. Besides this, the company is eyeing railway electrification opportunities. It is also exploring viable energy storage solutions such as batteries that would help in maintaining grid stability and provide the much-needed balance for controlling the variability of renewable generation in the grid. Large aggregated grid-scale batteries help in managing supply-demand imbalances in the grid.

Powergrid is also considering entering the EV charging infrastructure space. There are several business synergies in this area. EVs have the potential to help in grid management (peak/off-peak load balancing) if managed smartly, and our expertise in grid control systems puts us in a better place to manage load distortions.

What are the company’s plans with regard to rail electrification?

As part of its Mission 41K, the Ministry of Railways has embarked upon a plan to increase electrification of an additional 24,000 km route, that is, about 90 per cent of railway broad gauge routes, in the next five years. Powergrid is keen on this opportunity. Initially, the railways allotted the execution of railway electrification works of 761 km route to Powergrid.

What are some of the key challenges for the company at present and how are these being addressed?

The key challenge faced by the company is to capitalise the huge number of projects (worth almost Rs 1,240 billion) on time and at the same time focus on emerging areas such as smart grids, smart cities and the EV opportunity. The company is also actively looking for opportunities to expand its operations in other countries as well. Dedicated divisions are working towards achieving these seemingly conflicting targets, but we are sure that we will be able to devote enough attention to all these focus areas.

What is your overall outlook for the power sector for the next few years?

At present, out of the total installed generation capacity, more than 17 per cent constitutes renewables. During the last five years, renewable installed capacity has grown at a compound annual growth rate of more than 18 per cent, and about 35 GW renewable capacity has been added. Moving ahead, the government has set a target of 175 GW of renewable energy capacity by 2022 that would lead to about 35-40 per cent capacity penetration. In energy terms, it would increase from the current 7 per cent to about 18 per cent. So major investments will come in to address the intermittency/variability in the system such as REMCs, STATCOMs and SVCs. Grid-scale energy storage systems may be required after four to five years. EVs will also start acting as a support system for renewables integration. The majority of the investments will be made in the state sector, in both transmission and distribution.