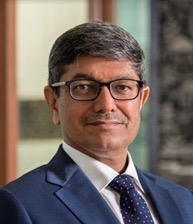 For NTPC Limited, the country’s biggest power producer with an installed capacity of over 51 GW, clean energy and electric vehicles are expected to be key areas of growth over the next few years. It is aiming to have 30 per cent of its installed capacity from clean energy sources by the year 2032. In a recent interview with Power Line, Gurdeep Singh, chairman and managing director, NTPC Limited, spoke about the company’s performance, growth plans and recent initiatives, as well as the challenges and outlook for the sector. Excerpts….

What are the biggest challenges for power generators today and the way forward for resolving them?

In the fast-changing energy sector that is witnessing disruptive innovations in the models of power supply, all generators need to align to the changing scenario. Another challenge is creating a robust renewable energy portfolio in the face of competition. Further, generators need to be prepared for regulatory surprises and the risk of changes in the tariff regime. Preparing for renewable energy grid integration, catering to the increasing need for ancillary services and flexible operations are some of the other challenges.

What were the most significant achievements for NTPC during the past one year?

NTPC’s biggest achievement was that it became a 50,000 MW plus company during the past year. This is not just a number, but it reinforces the leadership position of NTPC in the sector, in India as well as in the world. With position comes responsibility, and NTPC is playing its role in supplying both affordable and reliable power.

For providing clean power, we have added wind to our portfolio by commissioning 50 MW of wind capacity. We have also expanded our solar portfolio and commissioned 870 MW of capacity. Our medium-term target is to add 10,000 MW of solar. Moreover, we would be supporting the country to achieve 15,000 MW of capacity through the National Solar Mission.

We would also be investing substantially in complying with the new environmental norms. We have already commissioned the first flue-gas desulphurisation (FGD) unit at Vindhyachal, the largest power complex in the country.

What is NTPC’s long-term strategy with respect to its portfolio mix? What is the likely share of renewable energy in the long term? Are you also looking at diversifying beyond generation?

NTPC’s non-fossil capacity base includes 870 MW of solar, 50 MW of wind and 800 MW of hydropower. We envisage as much as 30 per cent of our installed capacity in 2032 to be powered through non-fossil-based resources. We are looking at electric vehicle charging infrastructure, storage, trading and up-scaling our services business. 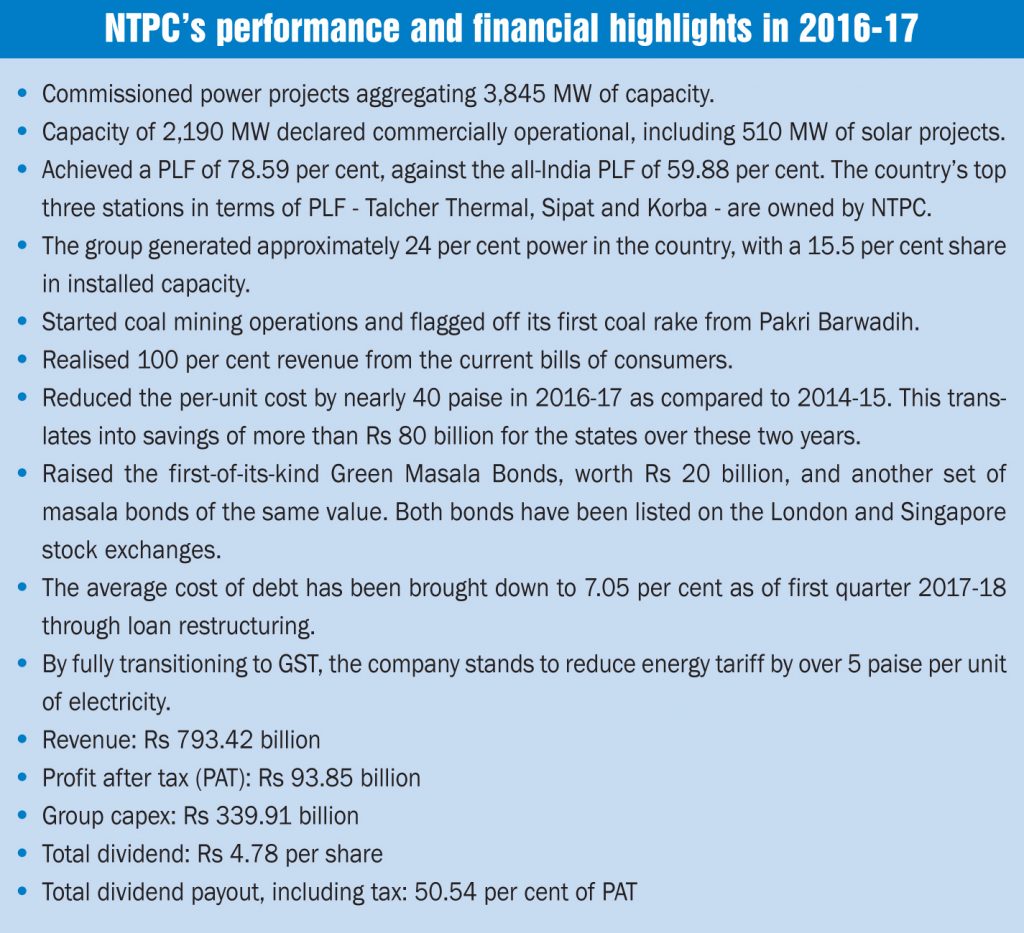 Is NTPC interested in the acquisition of stressed assets?

We are at an advanced stage of acquiring the Chhabra power plant in Rajasthan (4×250 MW and 2×660 MW). There are several issues with stressed power projects.

What has been the impact of UDAY on power demand?

Power demand increase definitely looks optimistic. It has grown by 5.6 per cent in the second quarter of financial year 2018 (year on year), as compared to 1.2 per cent in financial year 2017. There are reportedly fewer power outages, which is probably helped by the relatively better health of the state discoms due to the positive impact of UDAY (Ujwal Discom Assurance Yojana). September has also seen the highest ever demand so far and it has shown that, as power demand increases, we have to work on the supply side also.

What is your overall outlook for the power sector over the next few years?

The power sector is undergoing a lot of change, in terms of uncertainties regarding current pricing structures, environment consciousness, renewable energy tariffs and stable integration, ancillary services and emerging models of decentralised generation. All this, coupled with disruptions in the digital space has the potential to completely transform how power is supplied.

With the launch of the “Saubhagya” scheme, power demand is going to increase further. The government intends to provide electricity to each and every household by December 2018. This would tap the latent demand. An aggressive push to electric vehicles would create further demand.

Overall, the prospects of the sector look very encouraging. NTPC will certainly tap into these opportunities with a greener and more efficient portfolio.