At a recent conference, “Wind Power in India”, organised by Power Line, Anand Kumar, secretary, Ministry of New and Renewable Energy (MNRE), discussed the issues and challenges facing the wind power sector and the way forward…

India has a wind power potential of 300 GW, of which only 32 GW has been harnessed so far. The government has set a target to reach 60 GW of wind capacity by 2022. Although the sector surpassed its annual target in 2016-17, there is concern regarding capacity addition this year. We do not know where we are heading and how much capacity will be added this year and the next year. We have taken stock of the situation and although things are not looking very promising, we are trying to do our best.

The sector is in a leading position as far as manufacturing is concerned with a capacity of about 10 GW. The industry supplies equipment to not only local developers but also to foreign ones. Given this position of strength, the manufacturing industry should attempt to sustain this advantage. It must try to exploit the economies of scale and reduce the cost of wind power. On comparing the wind and solar segments, it is evident that we do not have as strong a solar manufacturing base as we do for wind.

However, the problem with the wind segment is intermittency in supply. We need to take various scheduling and forecasting measures to make this power consistent. Also, we need to look at hybrid set-ups between solar and wind to increase the consistency of power and ensure grid stability.

With a not-so-promising scenario, we need to bring all our stakeholders on board, analyse where we are going wrong, where new strategies are needed, and how can we  reinstate stakeholders’ faith in government policies.

The paradigm shift from feed-in tariffs to the competitive bidding regime has led to a price of Rs 3.46 per unit. For the second round of bidding, we are waiting for the squatting issue to be settled, which is pending with the Central Electricity Regulatory Commission. We hope that it gets sorted soon. We have proposed to float 1,000 MW of contracts every month till March 2018. State-wise bidding is a good way and we have encouraged the state governments to conduct bidding. In order to bring uniformity in bidding, we are in the process of releasing wind bidding guidelines, similar to what has been done in the solar segment. The draft has been finalised and these guidelines will be issued soon. We are also working on the guidelines for hybrid set-ups, which should be released in the next few weeks.

Concerns regarding the dishonouring of power purchase agreements (PPAs) have created a sense of uncertainty in the sector. In Karnataka, the tariff was finalised but the state government refused to honour the PPAs. We have advised the state government to take up the issue with the state regulatory commission and honour the agreements. If needed, instructions under Section 218 of the Electricity Act can be issued to the state regulatory commissions to comply with the PPAs.

The entire issue of dishonouring of PPAs and revisiting PPAs affects the confidence of investors. Actions like what happened in Karnataka have shaken the confidence of investors, which is not good for the industry. Keeping the well-being of the industry in mind, we have to formulate firm policies and ensure that all contractual agreements are honoured. The ministry is very clear that all contracts must be honoured.

To illustrate, when I was in the road sector, I had set up a company called National Highways and Infrastructure Development Corporation Limited (NHIDCL). The contracts required that the developer complete 10 per cent of the physical work within six months of the date of commissioning. Initially, nobody raised any question against that. The contracts were signed and the mobilisation advance was drawn. Four months into the project, the developers began asking for extensions. If, as an authority, I had granted them an extension, my credibility as an authority would have been at stake.

The issue was that we were not being honest to the situation. Difficulty in the mobilisation of equipment during the rainy season along with diverse and difficult geological conditions makes it logistically impossible to complete 10 per cent of the project within six months. We were not taking the bull by the horns and acknowledging that an amendment was needed. No wonder all contracts were running into problems within six months. Taking cognisance of the problem, the time frame for the completion of 10 per cent of the project was revised to a year. We changed our bidding document and our draft contractual agreement accordingly. We also changed the milestones so that nobody could find fault with us.

Changing the milestones, penalties and benchmarks beforehand can result in a smooth process. The problem arises when changes are sought subsequent to the signing of agreements. So my request to all developers is to come forward with any discrepancy in the contractual agreement before it is signed. 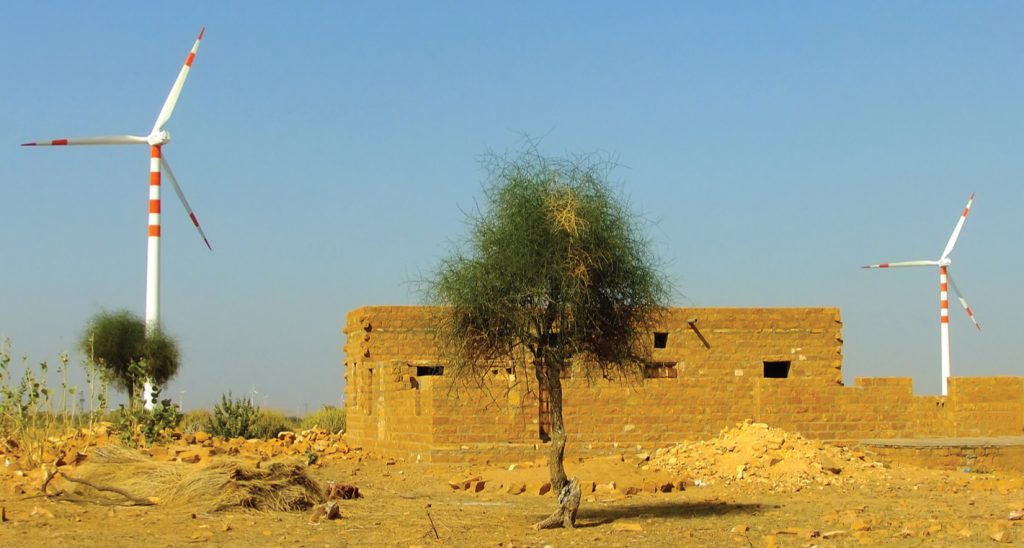 Only 10 states have fulfilled their renewable purchase obligations (RPOs). Ten more states are in the process of doing so, and have 60-90 per cent RPO fulfilment, whereas the rest are far behind. We have held a meeting with the state regulatory commissions and made it clear that the states and union territories that do not fulfil their RPOs will face penalties.

We are positive on the wind programme and plan to bring out six new tenders of 1,000 MW this year. We also plan to publish a schedule in advance for the bidding due next year. However, all of this is subject to the condition that developers do not form cartels and demand unreasonable rates. The moment we find rates are becoming unreasonable, we will not go ahead with any further bidding. We should all play a fair game.

I am all for a robust payment mechanism. The ministry will introduce some stringent clauses regarding payment in the contractual agreement. We must standardise the definition that payment should be made within a certain period; failure to do so would result in a penalty at a certain rate, as is the case in other infrastructure sectors. In the road sector, non-payment within 20 days leads to a penalty for the authority. To ensure that the authority did not have to pay any such penalty, I made it mandatory that in case the file gets delayed on any desk, the person concerned would be liable to pay the penalty personally. All the files moved on time and all payments were made on time.

We must address the problems that we face and not sweep them under the carpet. Developers also should play a fair and equitable game. I believe that to succeed in the wind segment we need to work out a framework with a win-win situation for all stakeholders. Let us have long-term strategies and make India a model country for wind power. I am positive that if we do so, we will not only achieve the 60 GW by 2022 target but also exceed it.