Since its launch in 2008, the Indian Energy Exchange (IEX) has evolved into the premier power exchange of the country, attracting nearly 6,000 participants. A high point for the IEX recently was its listing on the National Stock Exchange and the Bombay Stock Exchange. In an interview with Power Line, S.N. Goel, chief executive officer and managing director, IEX, spoke about the company’s performance, the energy savings certificate (ESCert) and renewable energy certificate (REC) markets, the outlook for trading volumes and prices, as well as the company’s plans going forward. Excerpts…

What have been IEX’s key achievements in the past one year?

As a power exchange, we offer a unique value proposition to our participants. We ensure competitive and transparent price discovery and offer flexibility to our buyers, especially the discoms and industrial consumers, to purchase a varying quantum of power during different hours of the day, thereby assisting buyers in managing their demand and supply in the most efficient way. Our key achievements in the past one year are as follows:

What has been the growth in volumes and participants at the IEX over the past few years? What is the current buyer-seller mix and how has it changed over the years?

The registered participant base has almost doubled to 5,971 as of September 2017 from 2,893 in March 2013. The vast and diversified participant base includes all distribution companies across the country, over 400 electricity generators, over 3,900 open access consumers comprising large industrial and commercial entities as well as over 900 renewable generators, providing ample liquidity in the market and competitive price discovery.

What has been the trend in the participation of open access consumers at the IEX? What should be done to ensure greater participation?

The volume traded by open access consumers saw a growth of 18 per cent in 2016-17 over 2015-16. However, in the first six months of 2017-18, the quantum of power purchased by open access consumers reduced by 33 per cent compared to the same period last year. The open access volume is price sensitive and is largely governed by the regulatory framework at the state level. The increase in open access charges in various states as well as the levy of additional surcharge by the state electricity regulatory commissions has been one of the main reasons adversly impacting open access volumes. Further, the average clearing price on the exchange increased by 26 per cent (to about Rs 3 per unit) during April-September 2017 over the same period last year.

The Electricity Act, 2003 and the National Electricity Policy (NEP) evidently promote open access to encourage transparency and competition so that consumers and consequently the overall economy can benefit from low-cost power through the competitive power market. The NEP clearly states that the amount of surcharge and additional surcharge levied on open access consumers should not become so onerous that it eliminates competition. To ensure that open access thrives, the act and the NEP have to be implemented in letter as well as in spirit. Clearly, there is a need to rationalise the high open access charges levied in different states.

What have been the recent price trends at the power exchanges?

There has been a power supply constraint in the past few months owing to lower domestic coal availability, increase in the price of e-auctioned coal and imported coal by more than 30 per cent, as well as a decline in hydro, wind and nuclear generation. This led to an increase in the clearing price of power – the average clearing price increased from Rs 2.38 per kWh in the first six months of 2016-17 to Rs 3 during the same period in 2017-18, reflecting an increase of 26 per cent. In the months of September and October 2017, the average clearing price increased to about Rs 4.09 per unit. However, the Ministry of Coal has taken several measures to augment coal supply to power generators, which is expected to bring down the clearing price on the exchange by end-2017.

How has been the experience in the trading of ESCerts? How does the IEX expect this market to evolve in the next few years?

The IEX commenced the trading of ESCerts from September 26, 2017. Trading takes place every Tuesday and till date, eight trading sessions have been held and 200,715 ESCerts traded. The market highlights are as below:

Low participation from the designated consumers (DCs) is one of the key reasons for the lack of buoyancy in the ESCerts market. According to the Bureau of Energy Efficiency, of the 416 DCs under Perform, Achieve and Trade Cycle 1, almost 306 are sellers while 110 are buyers and 1.4 million ESCerts are expected to be bought by December 2017. However, only 0.2 million ESCerts have been traded so far. A few DCs have registered on the exchanges while several DCs are yet to register. There is a need for greater awareness and interaction with DCs to ensure greater registrations. 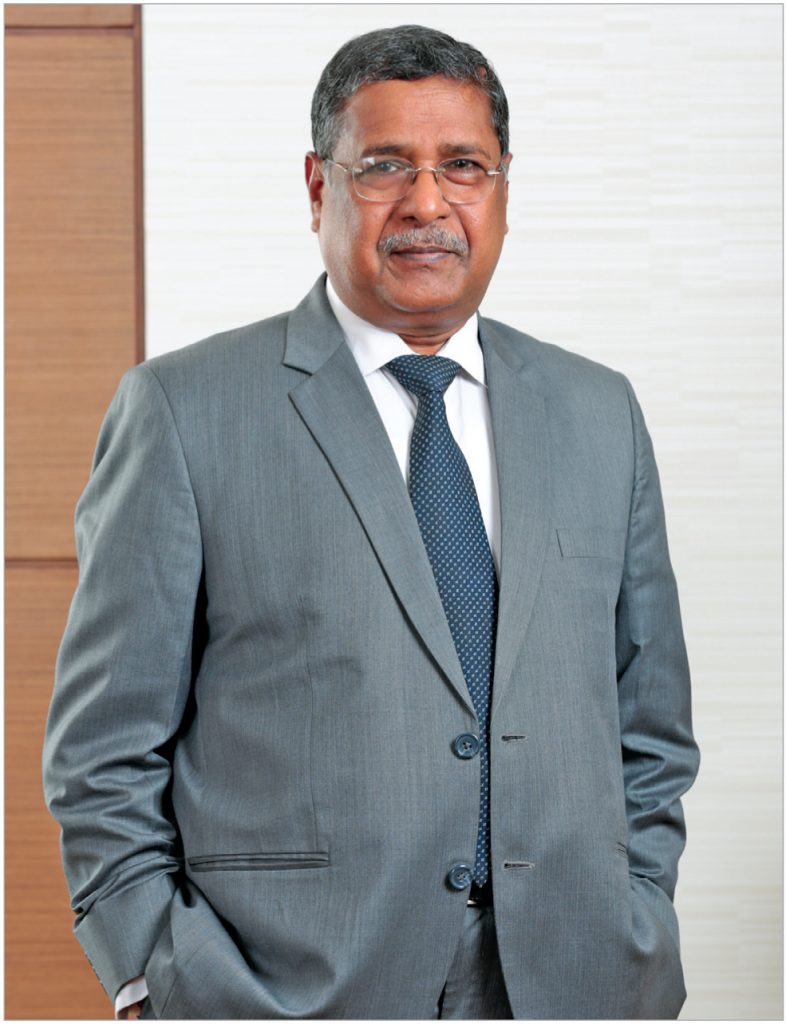 What have been the key trends in volumes and prices in the REC market? What is your outlook for the market in view of the revised prices?

The REC market was operationalised in 2011 but is still at a nascent stage. The mechanism was introduced to address the mismatch between the availability of renewable sources and the requirement of obligated entities to meet their renewable purchase obligation (RPO) by purchasing renewable energy located elsewhere in the form of certificates. As of June 2017, nearly 1,095 renewable energy projects with 4,331 MW of capacity were registered under the REC framework. Wind and solar photovoltaic constitute 53 per cent and 17 per cent, respectively, of the total renewable capacity. Small-hydro, biomass and biofuel cogeneration constitute the remaining capacity. Therefore, the solar REC market is smaller in size compared to the non-solar REC market.

In terms of trading, the market is yet to realise its full potential, as most of the obligated entities are not complying with their RPO requirement. In 2016-17 a total of 6.49 million RECs were traded on both the power exchanges against the total inventory of 24.79 million RECs. The RPO is positioned as the major driving force to promote the renewable energy sector. The demand-supply dynamics and the large unsold inventory clearly indicate that the obligatory entities have been failing to comply with their RPO.

How was the company’s financial performance last year? What was the response to the recently launched IPO?

The IEX became a listed company on October 23, 2017. The objective of the initial public offering (IPO) was to provide an efficient exit option to the investors and there was no capital raised by the company. However, the IPO is good for the exchange as it ensures greater transparency, stringent corporate governance norms and a diversified shareholding pattern, which are important parameters for the functioning of the exchange.

What is your outlook for trading volumes and prices on the exchange in the near future?

The trading volumes and prices on the exchange are governed by several external factors such as demand-supply dynamics, fuel dynamics, generation and transmission. With regard to power demand, our per capita consumption is barely 1,100 units while the global average is more than 3,000 units. This gap indicates that there is large scope for growth in power demand. To push rural power demand, the prime minister launched the Saubhagya scheme to provide access to electricity to  all households by December 2018. These measures are expected to accelerate the process of rural electrification and increase the country’s overall electricity demand.

On the transmission front, the commissioning of several key interstate transmission lines and associated downstream lines in the southern region, as well as the available transfer capability of the northern and southern regions have increased substantially. Consequently, the exchange has virtually been having a single price market with no transmission congestion in the country. The government has also taken several initiatives to increase coal production and supplies to power plants. The forthcoming coal e-auction is likely to increase coal availability to generators and thus increase the quantum sold on the exchange.

On the generation front, there has been significant capacity addition in the past five to six years. As of September 30, 2017, the installed generation capacity was about 330 GW while peak demand was only about 159 GW. More than 35 GW of this installed capacity is without long-term contracts and, therefore, power is being sold in the short-term market. Further, about 50 GW of conventional power capacity and 100 GW of renewable capacity is likely to be added in the near future. All these measures on the generation side are expected to ensure buoyancy on the sell side on the exchange and keep clearing prices in check. Further, with congestion-free market operations, greater participation from discoms is expected on the exchange as this platform helps them manage their power demand and supply efficiently.

What is the company’s growth strategy for the next two to three years? What are some of the new products being planned?

In the next two to three years, the IEX will endeavour to further expand and diversify the participant base, creating even greater liquidity in existing market segments. With the increase in efficient power procurement by  open access consumers as well as discoms, competitive price discovery is likely to continue. We also aim to introduce new products to meet the varying needs of the market as well as our participants. The ESCerts market has already commenced trading. We also aim to offer a bunch of other products in the near future. With the government laying more focus on renewable energy, we expect its trade to become more active on our platform. We intend to leverage the guidelines issued by the government to enable cross-border trade of electricity contracts with neighbouring South Asian countries such as Nepal, Bangladesh and Bhutan. Similarly, we aspire to introduce forward and futures markets, and launch long-term contracts in electricity as and when they are allowed. Ancillary services, capacity market and financial transmission rights are some of the other potential market segments that can be introduced as the market evolves and matures.

What is your long-term outlook for the power sector and the IEX’s role in it?

The IEX recently engaged CRISIL to prepare a study report on the “Short-term Power Market in India”. According to CRISIL’s projections in this report, the short-term market potential is 20-25 per cent (against 10.3 per cent at present) with the IEX accounting for 50 per cent of this. CRISIL’S projections also indicate that the annual volume on the power exchanges is likely to triple, to about 125 BUs, in the next five years. To realise this potential, appropriate legislative and policy enablers are required to promote competition.

Currently, the short-term market accounts for around 10.3 per cent of the total generation (that is, 120 BUs), while the exchanges constitute only 3.6 per cent. In the developed countries, the power traded at the exchanges accounts for 30-70 per cent of power generation. The government is already discussing the separation of carriage and content to unleash the next wave of reforms in the power sector. This, in our view, will allow the power market in general and power exchanges in particular to grow vertically.