JSW Energy Limited (JSWEL), the energy arm of the JSW Group, is one of the leading private players in the power sector. Established in 1994, the company has projects across the generation, transmission, manufacturing and trading segments. It recently incorporated its wholly owned subsidiary, JSW Solar Limited, to pursue projects in renewable energy, energy storage, microgrids, etc. The move is expected to help the company establish a strong foothold in the renewable energy space and acquire a sizeable share of the market.

JSWEL has a presence across several verticals of the power sector. In the generation segment, the company has an aggregate capacity of 4,531 MW. It operates three coal-based power projects – the 1,200 MW Ratnagiri plant, the 1,080 MW Jalipa Kapurdi thermal power plant (TPP) and the 860 MW Torangallu power plant in Vijaynagar. In addition, it owns the 1,091 MW Karcham Wangtoo hydroelectric project (HEP) and the 300 MW Baspa II HEP. The two HEPs are operated by Himachal Baspa Power Company Limited, a 100 per cent subsidiary of JSWEL acquired by it in September 2015.

The 1,200 MW TPP at Jaigad in Ratnagiri comprises four units of 300 MW each and sells power to Maharashtra State Electricity Distribution Company Limited, as well as to the plants of JSW Steel and its subsidiaries. The power generated from the plant is transmitted by Jaigad Power Transco Limited. The 1,080 MW Jalipa Kapurdi TPP consists of eight units of 135 MW each and is operated by Raj WestPower Limited. The plant is based on circulating fluidised bed combustion technology and sources lignite from the Kapurdi mine.

The company has a presence in the transmission and power trading segments as well. JSWEL holds a majority stake (74 per cent) in Jaigad Power Transco Limited, a joint venture (JV) with Maharashtra State Electricity Transmission Company Limited. The JV manages the operations of the 54.74 km 400 kV Jaigad-New Koyna and 110 km 400 kV Jaigad-Karad double circuit transmission lines. JSW Power Trading Company Limited was established in 2006 to foray into the power trading business. The company is listed on both the Indian Energy Exchange and Power Exchange India Limited, and is one of the leading power trading companies in the country.

Equipment manufacturing is another area in which the company is actively involved. In 2008, JSWEL and JSW Steel Limited entered into a JV agreement with Japan’s Toshiba Corporation to form Toshiba JSW Power System Private Limited. JSWEL holds a 25 per cent stake in the JV, which manufactures supercritical steam turbines, generators, auxiliaries, and control and instrument systems for TPPs. The JV has set up a manufacturing facility at Ennore, Chennai with a production capacity of 3,000 MW and has been supplying equipment to several power plants in the country. The company has undertaken the supply and installation of three supercritical steam turbines and generators with a capacity of 800 MW each for the Kudgi superthermal power plant in Karnataka, and the supply and installation of two 800 MW supercritical steam turbines and generators for the Darlipalli project in Odisha, both awarded by NTPC Limited. The company also provides engineering and design, procurement, construction and commissioning and service solutions to power plants. In addition, JSWEL holds a majority stake in Barmer Lignite Mining Company Limited (BLMCL) and South African Coal Mining Holdings Limited. BLMCL is a JV of Raj WestPower Limited, a subsidiary of JSWEL and Rajasthan State Mines and Minerals Limited in a 49:51 shareholding pattern. The JV was formed for the development of the Kapurdi and Jalipa mines, of which the latter is still under development.

The company recorded a total income of Rs 84.8 billion in 2016-17, 15.7 per cent lower than the Rs 100.59 billion recorded in 2015-16. The drop in net profit was even more significant, from Rs 14.6 billion in 2015-16 to Rs 6.22 billion in 2016-17, a reduction of 57.37 per cent. The steep decline in the company’s income and profit was on account of low domestic demand, which translated into weak merchant offtake and lower tariffs. This was accompanied by a rising trend in the price of imported coal, which had a strong bearing on the generation business of the company.

As part of its expansion drive, JSWEL had signed an agreement with Jaiprakash Power Ventures Limited in July 2016 to acquire the 500 MW Bina TPP located in Madhya Pradesh, for Rs 27 billion. The deal was subject to the fulfilment of certain conditions. Owing to delays in the process, JSWEL had extended the date for the completion of the project from May 31, 2017 to December 31, 2017. However, the conditions could not be fulfilled and thus JSWEL terminated the deal.

Another major development has been the company’s plan to foray into the electric vehicle (EV) segment. In September 2017, JSWEL entered into an MoU with the Gujarat Government to set up a facility in the state for manufacturing EVs, electrical battery/energy storage solutions and charging infrastructure. Under the MoU, the company is setting up a Rs 40 billion EV plant in Gujarat with a capacity to manufacture 200,000 EVs per year. The capacity would be ramped up to 500,000 in subsequent phases. JSWEL plans to set up a special purpose vehicle for the implementation of the project.

The company is focusing on increasing the share of long-term power purchase agreements (PPAs) in its sales mix and leveraging the low-fixed-cost advantage for the future. To this end, it signed PPAs aggregating 208 MW in December 2017. Under the agreements, it will supply 176 MW to the Haryana Power Purchase Centre from its Karcham Wangtoo HEP and 32 MW to a group captive scheme from its Ratnagiri plant. With this, the long-term PPA proportion of the company on a consolidated basis has increased from 64.6 per cent as of September 2017 to 69.3 per cent at present. In August 2017, the company’s board approved a proposal to enter into the EVs, energy storage systems and associated businesses through one or more subsidiaries. This led to the formation of a wholly owned subsidiary, JSW Solar Limited. The subsidiary, incorporated on January 1, 2018, will pursue business opportunities in the renewable energy space, including energy storage systems and microgrids.

Despite facing headwinds, JSWEL has maintained its position as one of the leading players in the industry. The company has diversifed its portfolio and expanded its footprint across various segments in the energy domain. In the generation segment, JSWEL has a target of achieving 10,000 MW of installed capacity by 2020 and has been working towards this goal. The company’s board has approved the capital expenditure budget for setting up 36 MW of thermal generation capacity for JSW Cement under a long-term PPA. In addition, the company is planning to install 7 MW of solar power units, of which 1 MW would be utilised for captive consumption. It has also received Rs 6 billion from a State Bank of India-World Bank partnership to fund its rooftop solar initiatives. Further, the company has incorporated a renewable energy subsidiary and is in the process of setting up an EV manufacturing facility  to increase profitability. These initiatives are expected to provide a fillip to the company’s growth plans.

Going forward, JSWEL is looking to enter the power distribution business, expand generation capacity through non-conventional energy sources and enter into partnerships with equipment manufacturers and suppliers, to develop a full-service integrated energy business. Given the company’s plans and progress, it is expected to maintain its strong foothold in the industry in the years to come. 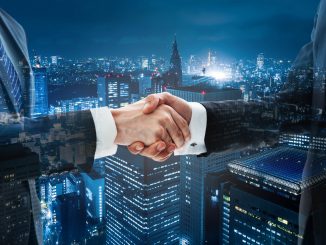 December 2017
In one of the largest takeovers in the power sector in recent years, Adani Transmission Limited (ATL) [...]
More 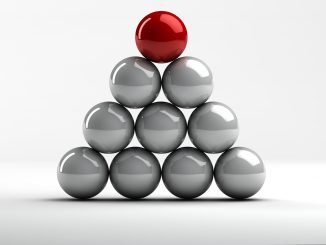 Changes at the Top
Key appointments in the past year

September 2017
Several leadership changes have taken place in the power sector over the past 12 months. The foremost [...]
More