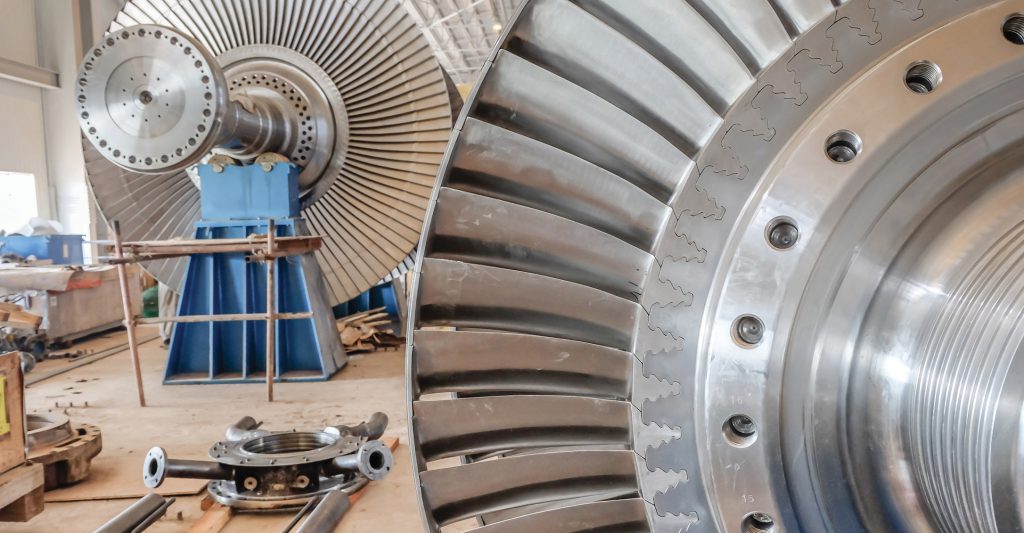 Bharat Heavy Electricals Limited (BHEL), the country’s largest engineering and manufacturing company, which caters to several core sectors of the economy, has been the backbone of the power sector. BHEL-made equipment accounted for about 54 per cent share in the country’s installed capacity (as of March 2017). With a manufacturing capacity of 20,000 MW of power generating equipment, BHEL is the market leader in both the subcritical and supercritical segments.

However, with a slowdown in the thermal power segment and a rise in stressed assets in recent years, the company’s order inflows and revenues from the power sector have witnessed a downswing. BHEL has thus been actively pursuing a diversification strategy in recent years. “Forces of change like climate change, technology disruptions, fragile geopolitics, newer regulations, suboptimal investment from the private sector and the changing energy mix are leading to the emergence of new challenges for the company. Looking  to  the  future,  BHEL  is  building  a  more diversified portfolio, capitalising  on  emerging  opportunities  in  the solar  power,  transportation,  defence, aerospace  and  water  sectors to increase  the  share  of  business from non-coal areas,” stated Atul Sobti, chairman and managing director, BHEL, at the company’s annual general meeting held in September 2017.

BHEL’s outstanding order book stood at about Rs 1,022 billion as of December 2017. The power sector accounts for a major share of 79 per cent in the order book, followed by international operations (about 13 per cent) and industry (8 per cent). The company’s year-on-year order inflow has recorded a decline in recent years, from Rs 437 billion in 2015-16 to Rs 235 billion in 2016-17. This was mainly owing to a reduction in orders from the power sector, from Rs 385 billion to Rs 72 billion, during this period. In 2017-18, until the third quarter of 2018, BHEL had received new orders (from all sectors) worth over Rs 198 billion.

On the execution front, BHEL commissioned/synchronised 8,570 MW of power generating equipment in 2016-17, down from over 15,000 MW commissioned/ synchronised in the previous year. Overall, the 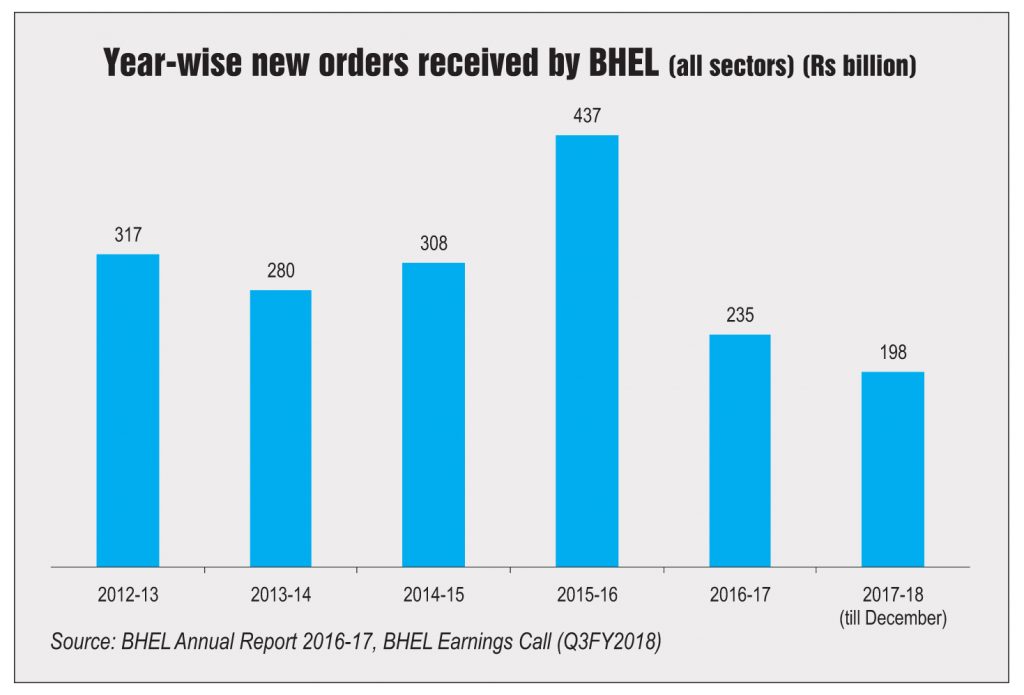 country’s generating capacity running on BHEL-made equipment stood at 151 GW (as of March 2017).

Some of the key projects commissioned by BHEL during 2017-18 were NHPC’s 330 MW Kishanganga hydroelectric project (HEP) in Jammu & Kashmir, a 600 MW unit at the Rayalaseema TPP in Andhra Pradesh, a 250 MW unit at the Barauni TPP in Bihar, the 60 MW Tuirial HEP in Mizoram, a 270 MW unit at the STPP in Maharashtra, and the 1,980 Prayagraj super TPP in Uttar Pradesh.

In a bid to capture a share in the fastgrowing renewables market, BHEL is actively expanding its operations in the solar module space. In 2017, the company augmented its solar module and solar cell manufacturing capacities to 226 MW and 105 MW respectively. The company has a solar portfolio of about 545 MW including over 150 MW of ground-mounted and rooftop solar photovoltaic (PV) projects, which are under implementation. In March 2018, BHEL secured an order for setting up a 75 MW PV project on an EPC basis for Gujarat Industries Power Company Limited – marking its largest order in the solar PV segment till date.

In addition, the utility is looking to provide more products and services for the aerospace, defence, water, transmission and transport sectors. It manufactures space-grade solar panels, high efficiency solar cells, and battery panels at its electronics systems division in Bengaluru. In March 2018, BHEL signed a technology transfer agreement with the Indian Space Research Organisation (ISRO) for manufacturing space-grade lithium-ion cells using the technology developed by ISRO at its Vikram Sarabhai Space Centre. The technology has applications in the e-mobility and energy storage space as well.

In addition, BHEL has a technology collaboration with Japan-based Kawasaki Heavy Industries Limited for manufacturing steel coaches for metro rail. It has also delivered state-of-the-art equipment for the Indian Navy and other defence organisations. In the water business, it has secured orders for lift irrigation and lake purification projects such as the one from Raipur Smart City Limited for the purification of Telibandha Lake, for setting up decentralised sewage treatment plants from the Raipur Development Authority and an ultra filtration package order for the Vallur TPP. 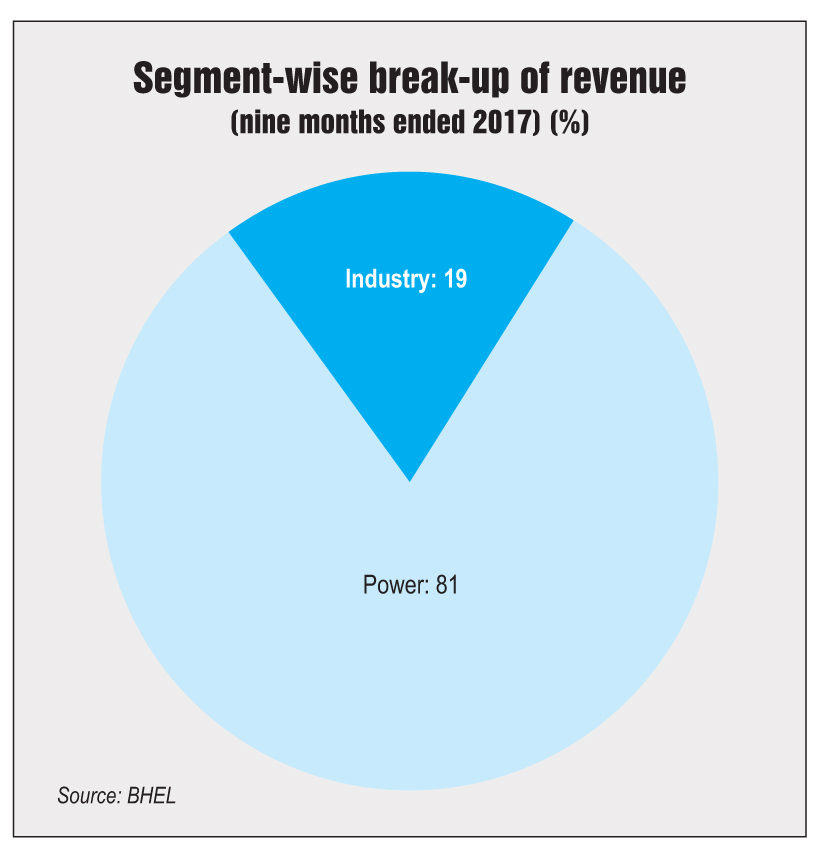 BHEL is increasingly looking at opportunities to expand its global operations. Starting with its first export order to Malaysia in the early 1970s, BHEL today boasts of a presence in 83 countries. The company’s generating equipment today powers nearly 11 GW of capacity worldwide. In the recent past, the company has forayed into Chile, Estonia, Togo and Benin.

The key export orders secured by BHEL over the past year include an order for the 900 MW Arun3 HEP in Nepal (the biggest hydro project in the country till date) from India’s SJVN Limited and a Rs 100 billion order for the 1,320 MW Maitree TPP in Bangladesh being set up by NTPC in a joint venture with the Bangladesh Power Development Board. In addition, BHEL is executing HEPs aggregating 2,940 MW in Bhutan.

Intense competition in the conventional power equipment market, rising input prices and delays in the execution of orders are the key challenges facing BHEL. The company is focusing on achieving cost and operational efficiency through technological enhancements in its products to make them more competitive. The company’s expenditure on research and development is over 2.5 per cent of its turnover – one of the highest in the Indian engineering field.

Since raw materials account for 60-65 per cent of BHEL’s total costs, it is maintaining a tight control over these costs. In order to mitigate the impact of rising input prices such as steel, the company is following a three-pronged strategy – design optimisation, indigenisation of supercritical sets and bulk sourcing of raw materials to achieve economies of scale. The company is also focusing on expeditiously executing orders and took steps to convert stranded/slow-moving orders to executable ones. As a result of its efforts, BHEL’s executable order book has increased by 48 per cent, from Rs 547.7 billion in December 2016 to about Rs 810 billion in December 2017.

BHEL is steadily adapting to the changing dynamics in the power sector and diversifying its business mix and geographical mix to ensure sustainable long-term growth. The company is witnessing increased order inflows from the industry sector, though the volume is not as large as the power sector. However, going forward it expects the share of solar, transport and defence in its order book to increase considerably.

BHEL has a technological tie-up with Mitsubishi Hitachi Power Systems, Japan, for the designing of wet limestone-based and seawater-based FGD systems. For SCR systems, BHEL set up a first-of-its-kind demonstration plant at Tiruchi, back in 2010, where a BHEL-manufactured catalyst has been successfully tested. Further, the company signed a test protocol (memorandum of agreement) with NTPC Limited for carrying out a slipstream pilot test of the BHEL-developed SCR at the 500 MW Simhadri project (Stage I, Unit 1). Recently, BHEL entered into a technology  collaboration  agreement  with  HLB  Power, Republic of Korea, for in-house design and manufacture of large-size gates and dampers for use in coal-fired power plants, to be commissioned or retrofitted with high capacity emission control equipment.

In addition, BHEL is geared up to provide solutions that allow flexible operations of TPPs to ensure grid stability in light of the expanding renewable energy capacity. The central government’s boost to the nuclear power programme also augurs well for the company. BHEL is increasingly focusing on the indigenisation of equipment for nuclear power plants. Moreover, the Indian Railways’ expansion and electrification plans are expected to drive demand for transport solutions such as locomotives, traction machines, traction transformers and system controls.

Going forward, the central government’s initiatives to capture the latent energy demand through initiatives such as Saubhagya are expected to boost the power sector’s as well as BHEL’s prospects. With these positive developments, the company is on the right track to achieve its objective of “creating the BHEL of tomorrow”.