India is expected to add 40 billion m2 of new buildings by 2050. A third of the country’s total energy consumption comes from buildings, according to the 2016 annual energy statistics published by the Ministry of Statistics and Programme Implementation.

NITI Aayog estimates that energy demand from India’s buildings will increase by more than 800 per cent in 2047, as compared to 2012. Under the current scenario, the country will face higher energy costs and skyrocketing consumption for decades to come. Therefore, India needs better building efficiency policies and programmes in the present.

India took an important step forward by launching the revised Energy Conservation Building Code (ECBC), 2017. Developed by the Ministry of Power and Bureau of Energy Efficiency, the code prescribes energy performance standards for new commercial buildings to reduce energy consumption and promote low-carbon growth. It sets parameters for builders, designers and architects to integrate renewable sources into building design, with the goal of achieving a 50 per  cent reduction in energy use by 2030.

As per the World Business Council for Sustainable Development (WBCSD), globally, buildings consume more than a third of total end-use energy and cause a fifth of total greenhouse gas (GHG) emissions. To reduce energy use in buildings is a climate change imperative, and also a sizeable business opportunity as well.

The Energy Efficiency in Buildings (EEB) project by WBCSD was created with the hope that “projected energy use in buildings in 2030 can be reduced by 50 per cent using today’s best practices and technologies, through actions that offer favourable economic returns”. EEB developed a vehicle for the private sector enabling them to engage with local governments to work together on ensuring that the right policies, funding mechanisms, capacity building programmes and public awareness are established to maximise the market growth of energy efficient buildings. Following active engagements in 12 cities (including Jaipur), from 2018 onwards, the WBCSD will work to provide other partners and stakeholders with the project’s methodology and lessons learnt, and will continue to support the local EEB platforms in their mission.

For example, Jaipur was included as it is the largest city in Rajasthan and has significant energy saving potential. It’s growing population will generate demand for approximately 650,000 new residential units. The EEB work in Jaipur focused on new construction in offices, malls, and the hospitality and residential sectors, to create awareness on the benefits of EEB, workforce capacity, financing, and policy and regulation. The Jaipur Energy Efficiency Network was launched in June 2016 with a collective representation from over 40 companies.

As part of the EEB project, an EEB toolkit was developed and launched in 2015 as a practical guide for organisations to plan and initiate energy efficiency programmes for their buildings. A case study is from Infosys. Ramadas Kamath, executive vice-president and head, administration, facilities, infrastructure and security and sustainability, describes the procedure followed by them:

Accurate metering helped them identify buildings with the highest energy consumption and the highest potential for energy savings. A detailed energy audit was conducted for a few buildings, which consisted of the assessment of air-conditioning systems – measuring efficiencies of chillers, pumps, cooling towers, air-handling units, and optimising operational and maintenance parameters. It also entailed a lighting system assessment. The audit highlighted a great potential for improvement by changing system design and replacing equipment like chillers, pumps and fans. An estimate of cost versus energy reduction was calculated and presented to the management. Once the verified savings were observed, it helped to make the senior management confident in investing in similar efficiency measures in all buildings across Infosys locations. Thus, they started one of the biggest retrofit programmes in the commercial building industry. 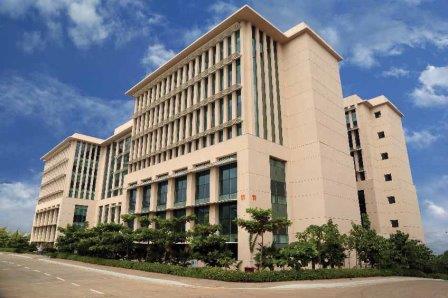 All Infosys buildings built after 2007 are green buildings, with most of them being LEED platinum/GRIHA (the Indian building rating scheme) 5-star-rated buildings. All the new buildings have a low Energy Performance Index (EPI) due to highly efficient building design. This has been achieved through optimal building orientation; efficient building envelope; highly efficient lighting; heating and cooling systems; maximum daylight utilisation; using green innovative technologies; and more importantly, monitoring their energy consumption at a granular level, which helps eliminate wastage and reduce consumption. Today, Infosys has 14 buildings with LEED Platinum and four buildings with GRIHA 5-star rating. This covers a total of about 5.25 million square feet of built-up area with the highest level of green certification. Between 2008 and 2015, Infosys reduced the average per capita energy consumption across its campuses by 46 per cent, leading to $100 million worth of electricity bills being avoided. Besides drastically reducing per capita energy consumption and avoiding usage of about 890 million kWh, Infosys has reduced its average energy consumption in new buildings to 80 kWh per square metre of floor space per year. The construction cost for energy efficient new buildings was no higher than before and the average return on investment for retrofit projects was less than three years.

Buildings that meet the requirements of the ECBC are between 17 and 42 per cent more efficient than conventional buildings, offering enormous potential for energy savings. A parallel effort on a code for new residential construction is also under way. However, for maximum efficiency, the new code must be made mandatory and built into the by-laws of municipalities. But the code must first be adopted by the states, and then implemented by local bodies, which is an immensely slow process. The government also needs to incorporate efficiency considerations into construction and procurement guidelines and establish benchmarks for building energy use. To do that, it will need data. Transparent, accurate, reliable and accessible electricity use data for buildings is a basic requirement for creating the necessary baselines.

Builders, buyers and investors in India often lack adequate access to information on energy performance data and certification. Developers are not always aware that energy performance-certified buildings enjoy higher property values and faster leasing, often at a premium, according to a report by the Natural Resources Defense Council. Similarly, buyers do not hear about benefits such as easier maintenance, lower energy costs, and better ventilation and insulation in hot climates. Certifying and labelling buildings based on their energy use would build trust in tenants and buyers, and stimulate the market for efficient buildings. India also currently lacks facilities for testing, standardisation and certification for efficient building materials, which discourages innovation and advances in the energy efficiency space. The lax enforcement of buildings codes combined with low demand for energy-efficient building technology has also dampened India’s market for insulation products, wall materials, fenestration products and shading devices. At present, no more than 30 energy service companies exist to help implement energy efficiency projects, and access to financing is a major challenge for them. Creating lending priorities and financing instruments that encourage energy efficient construction can address this problem. Furthermore, building energy efficient structures requires skilled craftspeople; unfortunately most companies have little incentive to train such workers.

As per the Indian Green Building Council (IGBC), from 20,000 square foot of green space in 2003, India has crossed the 5 billion square feet mark of green building footprint in 2018. This proves that by focusing on the opportunities at hand, India can significantly transform the building efficiency landscape and meet its emission reduction goals.

Anita Khuller, with inputs from the World Resources Institute and WBCSD