After years of limited investment, the power sector of Argentina is witnessing a fresh growth spurt with the government’s rising focus on developing core infrastructure sectors. To this end, the government has taken various steps including boosting private investment for power network expansion. To support this, the Public Private Partnership (PPP) law was introduced in November 2016 to regulate and stimulate private investment in key sectors of the economy including the electricity transmission infrastructure. To streamline the PPP contract process, PPP regulations were issued in February 2017.

A critical step to help realise the government’s PPP programme was taken in October 2016 with the Argentinian government announcing 60 projects to be implemented under the PPP mode across major infrastructure and social sectors, including energy, transport and mining. Under this, it is envisaged that $26 billion will be invested during the period 2018-22 for the development of PPP projects. Argentina is also planning to create a $1 billion fund for these projects. For this, the Inter-American Development Bank (IaDB) is expected to provide $600 million, while over $300 million will come from the World Bank. In addition, up to $100 million will be made available by the Corporacion Andina de Fomento (CAF) or the Development Bank of Latin America. These projects will be coordinated by the Subsecretaria de Participacion Publico Privada (SPPP) or the Unit for Public Private Participation (UPPP) under the Ministry of Finance.

For the energy sector, transmission and energy efficiency projects will be offered under the PPP mode. By the end of 2018, tenders for eight power transmission projects. The government published a decree in November 2017 to reduce its share in various energy companies including Compañía Inversora en Transmisión Eléctrica (Citelec), the parent of the country’s high voltage grid operator Compañía de Transporte de Energía Eléctrica en Alta Tensión Transener S.A. (Transener) with a 52 per cent stake. For this, it has awarded an ARS 13.3 million consultation contract to PriceWaterhouse & Company Asesores de Empresas SRL (a part of PricewaterhouseCoopers [PwC]) to provide valuation and financial advisory services for the sale of the state energy company Energía Argentina SA’s (ENARSA) shares (50 per cent stake) in Citelec. It aims to close the sale by end 2018. 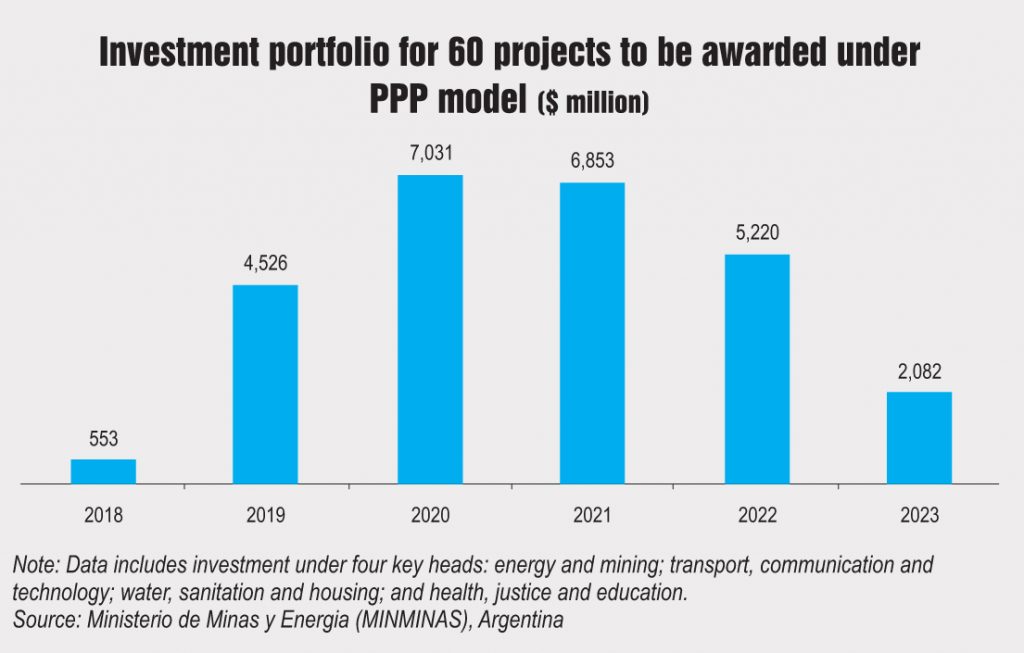 In February 2017, the Argentinian government approved Law no. 27,328 on PPP contracts. The new regime aims to regulate and stimulate private investment in key sectors of the economy including electricity transmission infrastructure. The key features of the new model are mentioned in Box 1.

To ensure the quality and timely completion of projects, the contracting authority will have power to control and monitor contracts. Technical auditors may also be appointed to monitor performance. To avoid the untimely withdrawal of bids, guarantees are to be established before the award and after the contracts have been concluded, as a safeguard against any non-compliance incurred by the contractor. PPP contracts may include a construction guarantee (corresponding to the phase of construction) and/or an operating guarantee (form and amount to be finalised prior to the exploitation of a project; amount could be increased at the end of the period of operation to ensure the effective fulfilment of the contract conditions).

The Government of Argentina, after the success of its first tranche of highway tenders (under which 10 consortia, comprising 19 national and seven international companies, made 32 offers to construct a 3,300 km-long highway network) based on the PPP model, is preparing a similar contract for the construction of more than 3,300 km of electric transmission lines. The structure and procedure of the contract would be similar to that of its highway tender. First, it will be put up for public consultation, after which the finalisation of the document will take another three to four months. 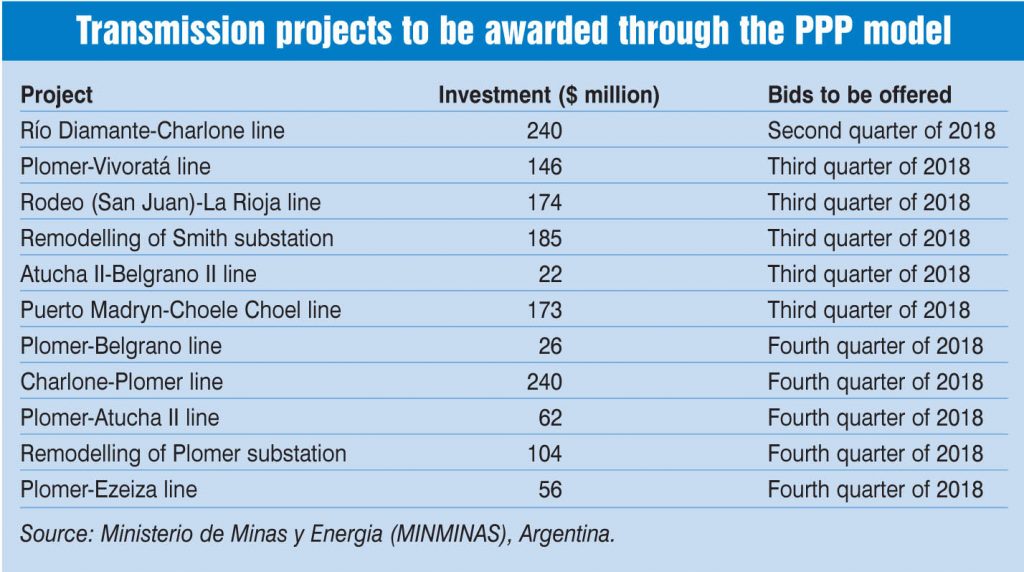 Under stage I of these projects, the ministry aims to install approximately 100,000 luminaires at an investment of $50 million in the Bonaerenses municipality, which is the service area of the power distribution companies Empresa Distribuidora y Comercializadora Norte (Edenor) and Empresa Distribuidora Sur S.A. (Edesur). This is expected to result in a reduction in the power consumption of about 11 MW and annual electricity savings of around 450 GWh. The tender for this is scheduled to be announced by the fourth quarter of 2018. 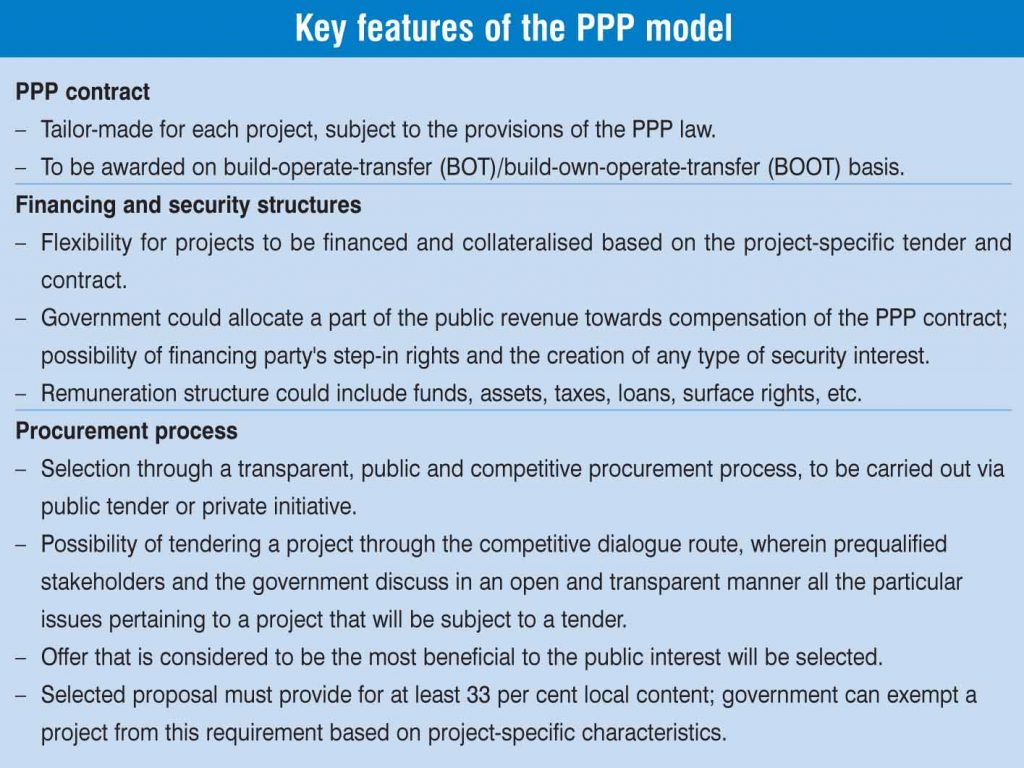 With the rising power demand, imports and supply interruptions, heavy investment in the electricity network expansion is the need of the hour in Argentina. The success of the PPP model will help push the power transmission segment in the right direction and will also support the government’s targets to produce 20 per cent of Argentina’s electricity from renewable sources by 2025, with intermediate targets of 8 per cent by 2018 and 16 per cent by 2021.