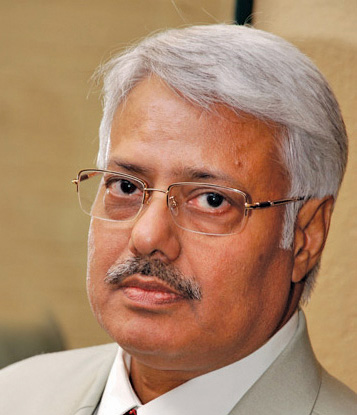 The government’s ambitious reform programme, the Ujwal Discom Assurance Yojana (UDAY), has started yielding positive outcomes on the operational and financial fronts, notes the power ministry. More importantly, it is making discoms conscious on a number of other parameters apart from aggregate technical and commercial (AT&C) losses and revenue gap reduction. In a recent interview with Power Line, Dr A.K. Verma, joint secretary, Ministry of Power, spoke about the progress in the power distribution segment under major policy initiatives including UDAY, the Pradhan Mantri Sahaj Bijli Har Ghar Yojana (Saubhagya), Integrated Power Development Scheme (IPDS) and National Smart Grid Mission (NSGM) as well as the plans and outlook for the sector. Excerpts…

What have been the biggest achievements in the power distribution segment in the last one to two years?

The electrification of all villages has been the biggest achievement. These villages were located in far-flung areas with difficult terrain and a large poor population. So, ensuring that electricity reaches these areas has been the most important milestone. The importance of this milestone is increased by the fact that it is being followed up by the Saubhagya scheme where not only the villages, but every household is targeted to be electrified by March 2019 and we are trying to do that even earlier, hopefully by December 2018.

What are the biggest challenges for the segment?

The two biggest challenges are to provide 24×7 power for all and keep the discoms sustainable. This is because much of our infrastructure is old and in the interior areas. To be able to provide 24×7 power, the infrastructure will have to be maintained. Apart from operational efficiency, it is important to have a good level of billing and collection efficiency, otherwise the discom will not be viable and sustainable. Hence, managing the operational efficiency and financial sustainability of the discoms, and ensuring quality power supply to people, round the clock and at an affordable price, are the most important.

Are you satisfied with the progress under UDAY and what are the big positives of the scheme?

UDAY is the most comprehensive power reforms programme till date as it talks about reforms across the value chain including generation, transmission and distribution as well as energy efficiency. One of the major indicators of the scheme on the operational side is AT&C losses, which reduced from 21 per cent in FY16 to around 19 per cent in FY18. For the first time since 1963, we have reached this sub-20 per cent level in AT&C losses. Many states like Andhra Pradesh, Gujarat, Himachal Pradesh, Karnataka, Kerala, Tamil Nadu and Telangana have already achieved AT&C loss levels of 15 per cent or below. States like Rajasthan Haryana, Manipur and Assam have substantially reduced their AT&C losses over the past two years. On the financial side, the ACS-ARR gap stood at around 58 paise per unit, which reduced to 21 paise in FY18, almost a 63 per cent reduction.

Apart from improvements on these two broad parameters, the discoms have been doing very well on other parameters as well. For instance, the billing efficiency has improved by almost 2.5 per cent as compared to FY16. Similarly, the compound annual growth rate of the power purchase cost is not more than 0.5 per cent. Discoms have become conscious of power purchase costs. Also, around 300 million LED bulbs have been distributed by EESL alone and around 880 million by the industry resulting in savings of Rs 610 billion in energy consumption. With LEDs, the avoided capacity addition has been 31,000 MW and the greenhouse gas emission reduction has been about 12.5 million tonnes of CO2 equivalent.

Also, for smart metering, a number of prerequisite and preparatory issues were related to specifications, roll-out strategy, communication types, etc. We have crossed all these hurdles. The first bid of 5 million metres has been concluded, the second bid for another 5 million meters is underway. We have already issued a ministerial advisory to the states that within three years they should switch over to smart metres. In fact, we are not just thinking of smart meters, but smart meters in prepaid mode. The prepaid mode would mean a change in the way of life. Unlike other things, which we buy first and then use, electricity is a commodity that we use first and then pay for it. If this changes to prepaid, then the problem of non-payment of bills and cash flows will be taken care of. This will also work in favour of the poor with smaller incomes as they can pay for a smaller amount of electricity.

What are the areas of concern with UDAY?

Sustainability is very important for utilities. While this has turned positive, we have to ensure it remains positive. Also, utilities need to make decisions based on data. For this, we are trying to share information with them about their performance. We are trying to inculcate a culture of evidence-based decision-making. We are also ensuring that commitments to stakeholders are met, not only the senior management but the employees as well, and the human resources related issues are addressed accordingly. Further, utilities need to use greater technology. For instance, a large number of consumers have complained many times that their meters have been changed and bills have increased. Thus, bringing transparency in discom operations is important. For this, there are new technologies available, through which a photograph of the meter reading can be taken and shared with consumers. While every discom may not have achieved the same results, we are heartened to see that all the discoms are trying. The most important change with UDAY has been that the state governments have now increased their stake in the management of electricity. Hence, it is no longer a passive stakeholdership, but an active one.

What has been the progress under Saubhagya? What are the key challenges?

We have covered up to 15.5 million households, as of October 2, 2018 (since October 11, 2017), in less than a year. However, a lot of initial time went into preparation because of the huge manpower and material requirements of vendors and contractors. Micro planning was another area of concern, which involved identifying the infrastructure required and the places for its implementation. Also, work is scattered and not at one place. However, adequate manpower is now at work and the mobilisation of material is also in place.

So is the March 2019 target definite?

March is fairly definite. Today the speed at which we are working, we are covering more than 100,000 households a day. As we do so, there are two things we find. One is the time lag in reporting, while we have already done so much on the field. The second thing is that we do not encounter as many unelectrified households as we expected in a village as some households have already been covered.

What are the next steps under IPDS and the National Smart Grid Mission?

Under the IPDS, we have completed almost 43 per cent of the work by now. With IPDS, the quality of supply is going to improve considerably in urban areas. Further, in many of the smaller utilities, we are trying to automate systems on a large scale through enterprise resource planning. Earlier, under the Restructured Accelerated Power Development and Reforms Programme, we had covered only 1,400 towns. Now we are trying to cover the entire 4,000 towns. With IT-enablement, energy auditing will be possible. This will increase the per capita consumption in the country and economic activity in urban centres. We have already started third-party assessment on how this is improving. Most importantly, IPDS will help us in using smart meters because the data infrastructure would be there and then with the system being IT enabled, interfacing would be easier. Under the NSGM, we have sanctioned eight or nine projects worth almost Rs 10 billion. A smart grid knowledge centre was recently inaugurated. We have also come up with a self-assessment tool for utilities. Utilities can use this tool and assess their level of preparation to adopt smart grids. We have created a standard bidding document because of the knowledge deficit in this sector.

What are some of the key changes being proposed in the distribution segment with the revised Electricity Act amendments?

One is that the onus of 24×7 power supply will now be on the discoms. Second, since resource adequacy planning has been missing in our country (that is, how much energy is required to supply 24×7 power to consumers), the amendments propose to introduce a biennial review of discoms to ensure sufficient availability of power with them to meet the customer demand. Also, the amendments propose to promote competition among the distribution utilities through content and carriage separation. There will also be a price cap on electricity tariffs in a particular area, under which multiple supply licensees can operate.

How does the ministry propose to address the issue of tariff rationalisation and simplification of tariff categories under the Tariff Policy amendments?

The draft tariff policy is already in the public domain for comments. We have proposed certain provisions for the simplification of tariff categories and rationalisation of retail tariffs. Also, state commissions are working on this. For instance, in Bihar and Delhi, the tariff has been fixed without considering any subsidy and the state governments are chipping in the quantum of subsidy to be provided so as to avoid a tariff shock to consumers.

What is your outlook for the power sector in general and distribution in particular for the next one to two years? What positive developments and changes can we expect?

The ultimate aim of the power sector is to ensure 24×7 quality power supply at an affordable cost to one and all. The power sector has to prove this within a year or two. The hard part is increasing private sector participation not just through franchising or outsourcing various operations in distribution, but also in transmission and coal mining. Another positive development would be the dominance of clean energy in the energy mix and greater use of cleaner and sustainable technologies along the value chain. The electrification of primary energy demand will be another positive trend. The commercialisation of smart grid technologies will also be a positive change. Lastly, in the coming days, we will see consumer becoming the king with increasing demand and the willingness to pay more for better services.