Earthing plays a critical role in the proper and safe operation of any generation, transmission and distribution system. Earthing refers to the process of transferring the immediate discharge of electrical energy directly to the earth with the help of a low resistance wire, typically called earth or earth wire. It is carried out by connecting the non-current carrying part of the equipment or “neutral” of the supply system to the ground. A proper earthing system provides the easiest and shortest path for the flow of fault current without adversely affecting the continuity of electricity supply. It also ensures that no person present near the equipment/station is exposed to the danger of an electric shock. Earthing also provides safety when lightning strikes on equipment or structures, and in case of induced voltages and currents on electric system equipment.

The main function of earthing in an electric power system is to maintain the potential of the current carrying and non-current carrying parts of equipment, apparatus and appliances connected to the system, safeguard equipment and personnel, and ensure the smooth operation of protective devices during earth faults.

The faults in electrical systems are unavoidable, but it is important to take precautions as they directly impact human life. The reason behind some of the major accidents at electrical installations is improper earthing. The leakage of current passes through the human body leading to fatalities. Further, every exposed overhead line, substation, and generating station is liable to damage from lightning. The process of earthing involves grounding all metallic parts in electrical equipment to eliminate dangerous voltages in the equipment even when the insulation inside the equipment fails.

Therefore, repair and maintenance of earthing systems should be undertaken at regular intervals. Records should be maintained and if the results are poor, corrective actions should be taken immediately. As per the Central Electricity Authority’s regulations on measures for safe electric supply, the electricity supplier is required to provide and maintain an earthed terminal at an accessible location, or near the point of commencement of electricity supply, on the consumer’s premises. Further, consumers are required to take all precautions to prevent mechanical damage to the earthed terminal and its lead on their premises.

A protective earth is a conductor that grounds the equipment and is used to prevent accidental electric shock. It keeps the exposed conductive surfaces of the equipment at earth potential. However, on a low impedance line-to-ground fault, heavy currents would flow causing a fuse to blow or a circuit breaker to trip, thereby protecting the circuit. The process of connecting a protective earth to the non-current carrying metal parts of the electrical equipment such as metallic enclosures is called equipment earthing.

A functional earth connection may carry the current under normal conditions. It is typically used for measurements in instruments, noise filtering in electromagnetic induction filters, and quenching surges in surge suppressors. The most widely used functional earth in an electrical supply system is neutral, which is a current carrying conductor. The process of connecting a neutral conductor to earth is called system earthing or neutral earthing. This type of earthing is mostly provided to a system that has star winding, for example, generators, transformers and motors. 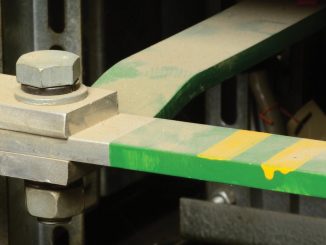 November 20, 2018
The protection of power systems and equipment from external weather phenomenon such as lightning is critical for [...]
More

March 29, 2022
Amid rapid evolution in the power landscape, transmission companies need to optimise the performance of their existing [...]
More