The demand for wires and cables depends largely on the capex undertaken by end-user industries and investments made for infrastructure development. One of the key focus areas for the government has been the electrification of railways. 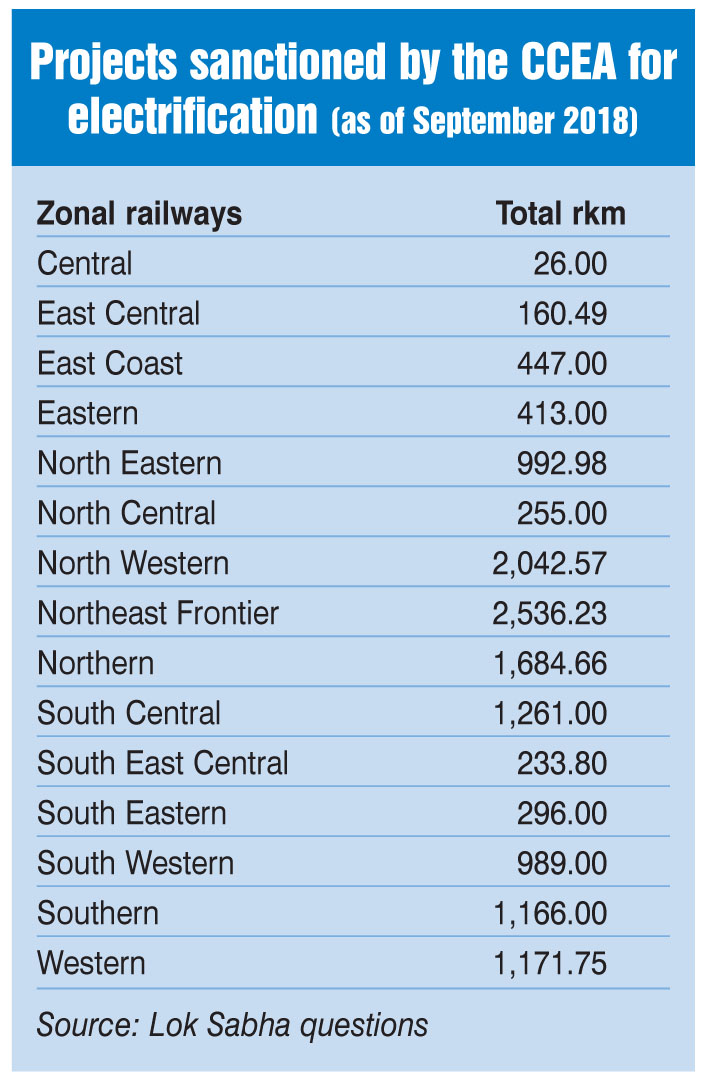 A closer look at Indian Railways’ electrification plans, progress and opportunities in the segment…

Towards 100 per cent electric traction

In September 2018, the Cabinet Committee on Economic Affairs (CCEA) approved a proposal for the electrification of the balance unelectrified broad gauge routes of Indian Railways, comprising 108 sections covering 13,675 rkm (16,540 track km) at a cost of over Rs 121 billion. With 100 per cent electrification, Indian Railways will become the first major railway in the the world to have a 100 per cent electrified broad gauge network of such size. With the electrification of all routes, Indian Railways’ energy bill is expected to reduce by about Rs 130 billion per annum and fossil fuel (diesel) consumption by about 2.8 billion litres. In terms of annual progress, the last fiscal (2017-18) witnessed an all-time high level of electric traction commissioning of 4,087 rkm, surpassing the target of 4,000 rkm set for 2017-18. The ministry plans to increase the pace of electrification to 6,000 rkm per annum in 2018-19. 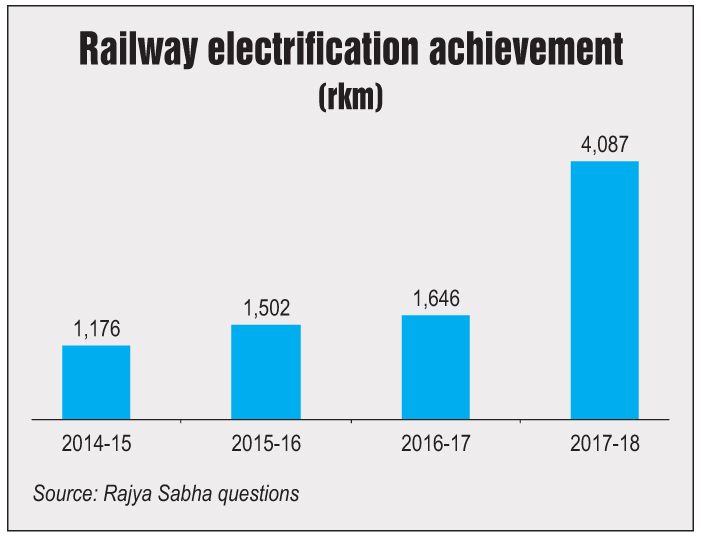 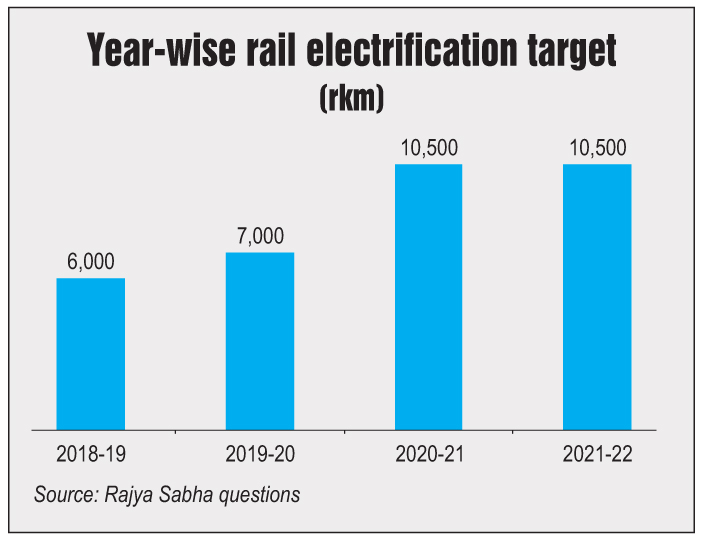 With rail electrification, not only will the need for power go up for the electrified network but the entire infrastructure would require a facelift. This would open up a massive opportunity for aligning the business interests of system providers such as overhead line equipment providers and component vendors. It would also mean expanding the interregional and intra-regional transmission network and establishing additional substations for transmission utilities in India