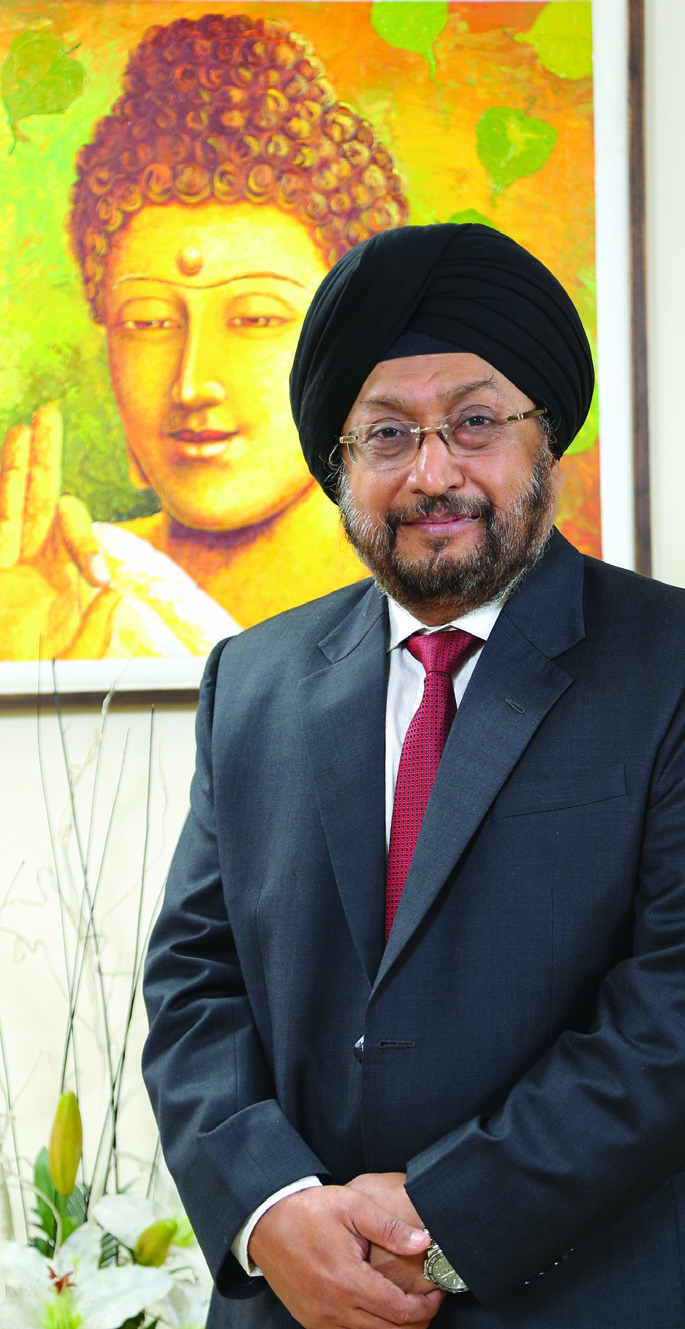 As renewable energy business models transform to cater to the prevailing low-tariff conditions, there is an increasing need for innovative low-cost sources of capital. The overall financing requirement of the sector is also growing as new opportunities like solar-wind hybrids, offshore and energy storage come up. In an interview with Power Line, K.S. Popli, chairman and managing director, Indian Renewable Energy Development Agency (IREDA), spoke about the emerging trends in renewable financing and the key concerns of financiers. Excerpts…

What have been the key developments in renewable energy financing in India in 2018? What is the current investor sentiment?

Investments in the renewable energy sector have been on the upswing with cash flows reaching $7.4 billion in the first half of 2018, with solar power projects accounting for the majority of this. Against this, the sector received investments of around $11 billion during the whole of 2017. As such, the total investments in 2018 are likely to overtake the 2017 figures, in spite of the decreasing cost of renewable energy technologies. The total renewable energy capacity addition in 2017-18 has also increased to around 12 GW, as compared to around 11 GW in 2016-17.

Globally, India has become the largest market for auction-based award of new renewable energy projects and the second-largest destination attracting clean energy investments, according to the findings of Bloomberg New Energy Finance (BNEF). Over 11 GW of capacity  was awarded through auctions in 2017, resulting in the best year for solar capacity, as installations jumped by 90 per cent over the year. Similar to solar power, reverse auctions in the wind segment have also witnessed tariffs as low as Rs 2.43 per unit during the year. Further, there has been an enhanced focus on technologies such as floating solar, offshore wind projects and hybrid projects. However, the tariff ceiling, especially in the face of currency fluctuations and the imposition of safeguard duty, and GST implementation have somewhat slowed down activities. Nevertheless, this is a transitional phase and these issues shall get addressed in due course.

From an investor’s perspective, what were the significant highs and lows in the sector?

India now stands fifth in terms of installed renewable energy capacity in the world. Also, the share of energy generated from renewables has reached an all-time high with renewable energy technologies contributing a record 13.4 per cent to the total energy generation in August 2018. Meanwhile, the sector has seen some lows recently, such as low bidder response to the 10 GW manufacturing-linked solar auctions, prompted by record low tariffs in the past. The response from bidders has been lukewarm and some bids had to be cancelled. However, the government has set a bidding trajectory of 60 GW of solar capacity and 20 GW capacity of wind capacity until March 2020. This will be coupled with setting up energy storage systems and solar PV manufacturing facilities. The government is ready to accelerate the tendering/ bidding processes, which will offer a huge opportunity to investors in the sector.

What is your opinion on the M&A activity in the sector, given that some of the biggest acquisitions have taken place in the past few months?

The increase in mergers and acquisitions (M&As) in the renewables space is a direct offshoot of the growth in the  sector and a change in the perspective of the investor class. Many private equity investors in the renewable energy space look to exit in the medium term, say, seven to eight years, and as such, M&A has gained momentum as an exit route option as investors are not in a position to swap funds through IPOs. Further, in the medium term, the project valuations are good, so it is a win-win situation for both investors and developers. This will continue and surely be a welcome step for the growth of the renewable energy sector.

What are the emerging financial instruments for the renewable energy sector in India?

How have IPOs fared as an option to raise capital for meeting increasing project commitments and expanding portfolios?

Besides green bonds, investors have explored other routes for raising funds from the market, of which, public issues are a major instrument. Since renewable energy projects have long-term cash flow visibility due to the availability of long-term PPAs, many investors want to raise equity through a public issue to pay off large sums of debt. If they are able to do so at low cost, it will be one more milestone for the Indian renewable energy financing sector. Further, IREDA has received in-principle approval from the Securities and Exchange Board of India for its IPO to raise Rs 139 million of fresh equity. The IPO will enable IREDA to increase its equity base, which will help in raising more debt for funding renewable energy projects. It will also allow IREDA to increase its visibility in the domestic and international financial markets.

What issues and challenges impact renewable energy financing? What are the possible solutions?

In the past, renewable energy projects have faced issues like  weak credit quality of off-takers, land and evacuation constraints and clearance issues. While this did not affect the volume of financing significantly, it has definitely exposed the sector to financing risks and thereby led to a higher cost of financing. However, the issues have been largely addressed and streamlined with the introduction of the Ujwal Discom Assurance Yojana for the operational and financial turnaround of discoms, green energy corridors for dedicated evacuation of renewable power, the plug-and-play model with a three-tier payment security mechanism for projects in solar parks, and tariff-based competitive bidding guidelines for the procurement of solar power. Also, developing integrated round-the-clock renewable energy capacity, which can compete with base load curves, may address the real needs of the discoms and, in turn, of financiers. Therefore, integrating round-the-clock renewable assets, combining hydro, wind and solar, with the latest storage technologies will be critical for the sustainable growth of renewables.

What has been IREDA’s experience in the bond market?  Is it a sustainable renewable energy financing tool?

IREDA’s experience in the bond market has been very good. The agency has been issuing domestic bonds for a long period now and the response from investors has always been very encouraging. In fact, IREDA was the first NBFC to issue green/ masala bonds in September 2017 worth $300 million via a five-year paper; the bond was oversubscribed 1.74 times. The interest in green bonds is visible not only in the growth of the Indian green bond market, but also in the oversubscriptions of some of the bonds. The tax-free bond issue by IREDA in 2016 was oversubscribed by more than five times, so we can gauge the agency’s success in the bond market.

What are IREDA’s plans for the coming years?

IREDA is committed to maintaining its strong position in the renewable energy financing sector with its persistent approach in meeting customer requirements. The agency has been regularly introducing new and innovative financial products and is also keen on exploring future business avenues such as consultancy and advisory services, funding of electric vehicles and associated infrastructure, green energy corridors, increased focus on rooftop solar and new technologies (offshore wind, solar-wind hybrid projects, etc). Further, IREDA has taken a decision to increase its outreach for financing overseas projects, especially in the International Solar Alliance member countries. Moreover, in the coming years, an increased focus on reducing the cost of funds will become critical for IREDA.

What are the key trends that will mark the renewable energy financing scenario in the coming years?

Some of the trends that we may expect to see in the future are: