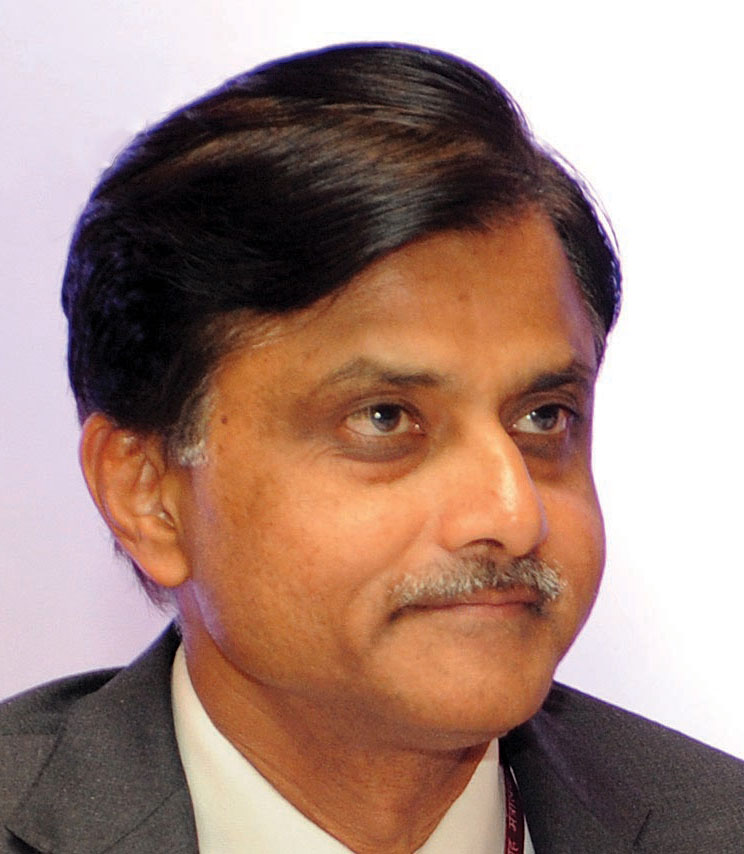 The hydropower segment has been in the doldrums in the past few years. However, its prospects are expected to improve significantly with a pipeline of almost 10 GW of capacity expected to come up for construction in the next six months or so, says Aniruddha Kumar, joint secretary, hydro, Ministry of Power (MoP). At a recent Power Line conference, Kumar spoke about the government’s perspective and outlook for the hydropower segment, upcoming projects including Subansiri, and key proposals and plans including measures for lowering costs through tariff restructuring. Excerpts from his address…

Current state of the sector: The hydropower segment has not been in a healthy shape during the past 5-10 years. The share of hydro in the capacity mix has been dwindling, coming down from 50 per cent about 50 years ago to nearly 13 per cent at present and in energy terms, to only 10 per cent. This is a matter of concern for the government and there is no dispute that the share needs to be increased substantially.

Role in balancing power: There is already an installed renewable energy capacity of over 72,000 MW, which will be increased to 175,000 MW by 2022 and may be to a good 275 GW by 2026-27. There will be a huge amount of balancing power requirement in the grid. The role of balancing power can be played in the most efficient and cost-effective manner by hydro. The only other source that is ideally suited for balancing power is gas. However, currently we are short of domestic supply of gas and power generation based on imported gas is not very viable.

Project pipeline: We are going to have a very good pipeline of hydro projects in the next six months. The Public Investment Board (PIB) has recommended the investment proposal of NHPC’s  2,800 MW Dibang multipurpose project costing around Rs 280 billion to the Cabinet Committee on Economic Affairs. This is going to be a big morale booster for the hydropower segment.

We have another two projects in Jammu & Kashmir that are at advanced stages of discussion with the state government. These are the Kiru (520 MW) and the Rattle (850 MW) projects. We may announce the approval of these projects in a very short time.

Meanwhile, NHPC has submitted a bid in the National Company Law Tribunal (NCLT) for the 500 MW Teesta VI project and has been issued a letter of intent (LoI). The investment proposal has been submitted by NHPC to the ministry and we hope to recommend investment approval within the next one to two months.

In November 2018, the stay granted by the National Green Tribunal on the Lower Subansiri project was vacated on the proceedings of the expert committee. The expert committee held one meeting in Delhi and also visited the project. Its report is likely to come out by the middle of February 2019. We hope that it will be a positive report and clear the decks for the project’s implementation.

Approximately 10,000 MW of capacity will be under construction in the hydropower segment very soon. We have not seen such a robust hydro pipeline for a very long time. By the next year or so, the under-construction hydropower capacity will be giving tough competition to thermal power. This would be a huge business opportunity for EPC contractors.

Challenges: Even though in the day-ahead market, hydro is commanding a 25 per cent premium over normal power, the issue is that we are unable to monetise the premium in long-term power purchase agreements (PPAs). This is because of the initial high cost of hydropower. In the debt market, loans are allowed only for a period of 12 years, which makes the tariff in the initial year and the debt servicing obligation of promoters very high.

To address this problem, we have engaged with bankers. On January 10, 2019, we had a meeting with seven to eight banks. We have told them that hydropower projects are a far more safe investment bet than any other project because these projects can never be EBITDA negative.

There are 25,000 MW of gas-based power plants that are not able to get domestic gas supplies and today, if they run on imported LNG, they will become EBITDA negative. Similarly, for coal-based plants, there is a huge fuel supply risk. There are a significant number of plants that are running on critical coal stocks where the fuel stock is less than a week’s requirement. Besides, coal-based plants have also been impacted as they do not have railway links for transporting coal and adequate rake availability. For imported coal-based power plants, there is a fuel price risk as well, as they are vulnerable to fluctuations in coal prices abroad and there is a risk of such investments going bad with an increase of just 20-25 per cent in imported coal.

Once a hydro project is completed, the debt or investment will certainly be recovered. Even though it may take more than 12 years, there will never be a 100 per cent write-off in the case of hydro plants.

Restructuring of tariffs: We are planning to take up the issue of tariff restructuring with the electricity regulatory commissions. We are proposing that while the levellised tariff of hydro plants should be fixed according to the regulations, the tariff for 35 years should be fixed in such a manner that it is low in the initial years and it increases at a pre-defined rate that is acceptable to the discoms.

We recently held a discussion with a discom for a PPA for a project that is soon going to be commissioned in Bhutan. The initial tariff in this case will be Rs 4 per unit and it will increase every year at 1-2 per cent for the next 35 years. We found that the discom was happy to accept a little higher levellised tariff provided that the initial year tariff was low. We are going to sign PPAs for it very soon.

Banks have shown their willingness to restructure the debt servicing obligations, provided we restructure the tariff in a way that the tariff is low in the initial years and it increases at a secular rate of 2 per cent for the next 35 years or remains flat like in the case of solar. Our analysis shows that in the first year, the tariff can be brought to as low as 30 per cent of the normal CERC tariff. This will provide a big relief to discoms, as the tariff will become affordable.

However, lower tariffs in the initial years could lead to cash flow issues for banks. For this, we have suggested that they allow servicing of the debt on the same lines as home loans, that is, equated instalments of the principal amount of debt plus interest. This will bring down the debt servicing obligation and provide a cushion or space to reduce the tariff in the initial years. This will be a game changer.

Proposals under consideration: We are mulling various options to provide grants to the hydropower segment for meeting the costs of associated infrastructure (roads, bridges, etc.), which substantially increase the capital costs of hydropower projects. There is a broad consensus amongst all stakeholders on this proposal, including the finance ministry. For multi-purpose projects, the cost of flood moderation can be met by the central government through a grant. This will help in bringing down the costs that are billable to consumers. We have significant hope that these two measures will be approved and help in cutting down  capital costs, which are loaded on the tariff.

We are also proposing to declare all hydropower projects as renewables. Banks have a special window for renewable projects for providing loans for a longer tenor of 20 years against the standard tenor of 12 years. Further, the hydropower obligation (HPO) is under discussion. While in principle, we all agree with the concept of an HPO, we are trying to work out ways to implement it. Implementation could be challenging as the balancing requirement of each state is different and hence, an HPO cannot be imposed with a one-size fits all approach.

The ministry has circulated a note on the new hydro policy. Based on the comments received, the policy will require some tweaking. The restructuring of tariffs and debt servicing obligations, the biggest problems for the hydropower segment, will be the cornerstone of the new policy.