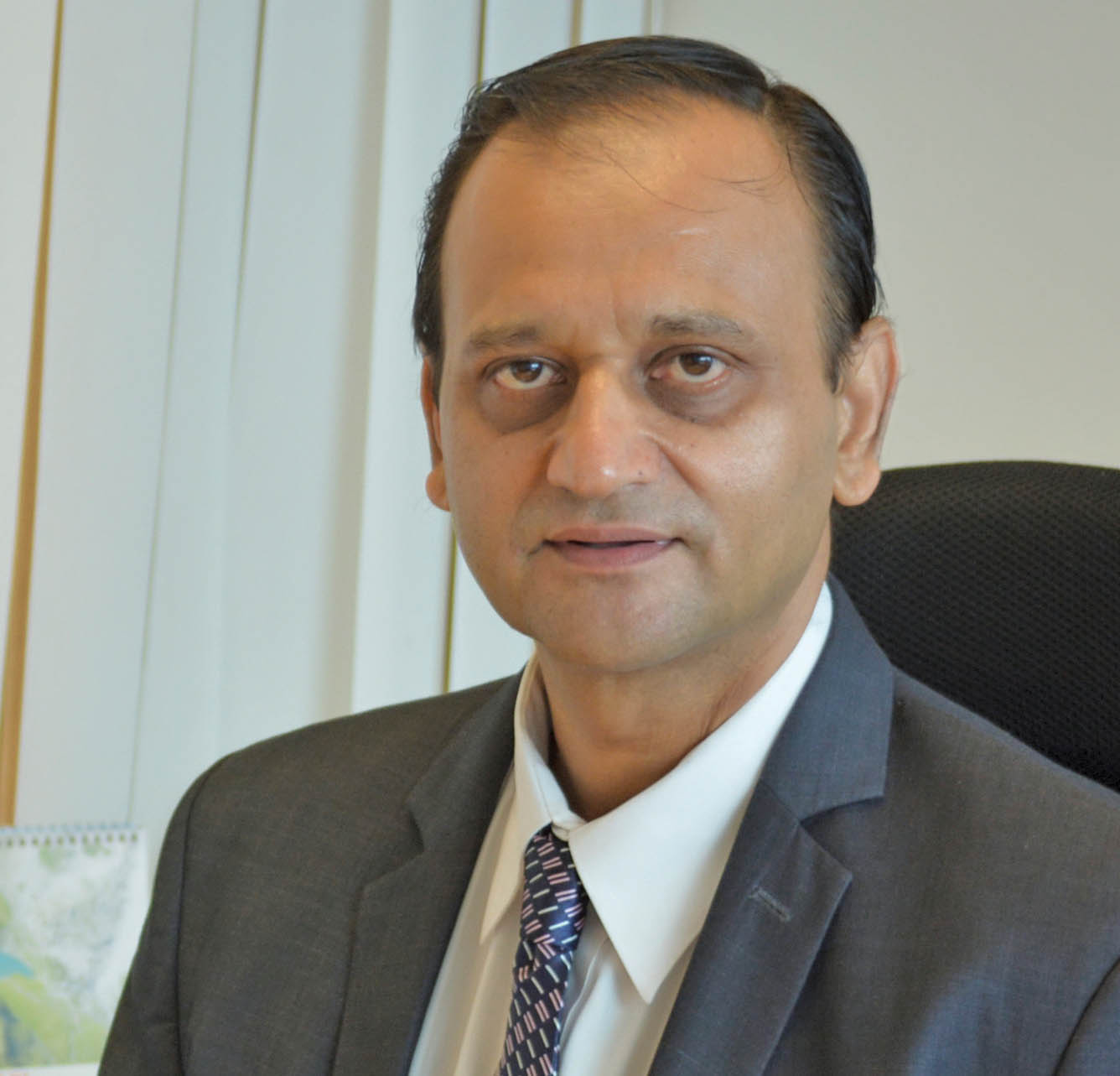 Having worked with multinationals in the US and the Netherlands, Ashish Khanna was accustomed to high standards of professionalism and impeccable value systems. Even so, he was impressed by the legendary Tata work culture when he joined in 2007, particularly the group’s sense of responsibility towards society.

“This is instilled into you from the start. The values are embedded in each project. Safety is the top concern; the worker is the breadwinner and, given that there is hardly any welfare system, it is vital to keep him safe. Moreover, we do it because that’s just how we do things – not because it is mandated but because we know the serious repercussions any accident will have on the family,” he says.

When employees work on rooftop solar, height presents challenges. Safety rules need to be stringently followed – not always easy given the Indian ethos of believing that nasty things only happen to others while God is keeping an eye on us. Workers have to be “incentivised” to understand the importance of safety. One effective way that Tata Power Solar has hit upon to drive this message home is to make workers meet the families of those who have suffered accidents to demonstrate how devastating it can be for the family to be left with no income.

Under Khanna’s leadership, Tata Power Solar, the country’s largest integrated solar company, has emerged as the Number 1 rooftop player and among the top in utility-scale solar projects, solar agriculture pumps and the EPC business. He has been instrumental in streamlining the business for increased efficiency and profitability by focusing on state-of-the-art technology and engineering, and strengthening customer and employee satisfaction. One of Khanna’s most satisfying achievements was turning the company around and more than doubling its revenue. But more on that later.

Under Khanna, the company has commissioned several industry landmark projects. He likens the past few years of the industry to a “100 metre dash” and calls the present moment a “marathon” – a time when the industry needs a long-term vision to fulfil India’s target of 100 GW of solar and some 60 GW of wind power by 2022.

“The per capita consumption of power in India is still very low. Some 200 million people still don’t have access to power and an equal number have access to erratic power. But now, solar can offer prices as competitive as those of fossil fuel and we have technology that is cost competitive. So we need to push on aggressively,” he says.

He cautions, though, that in pushing ahead, the industry must not make the mistake of copying the trajectory of advanced countries because India’s needs are very different. How, for example, can India use the same panels as Europe when its roofs are totally different?

“Why are we not investing in technology that can give us lighter solar panels that can be widely used rather than investing in resources to strengthen roofs? We need to invest in resources that are best suited to India rather than have a cookie cutter approach and rather than compete with fossil fuel. Instead, we should co-align with fossil fuel. Not doing so is a short-term approach that focuses more on optics and headlines than real progress,” he says.

For Khanna, it is a matter of passionate concern that the current opportunities to invest in renewable power must be seized with both hands. “The reason is that we will leave a legacy for the next 25-30 years in the way we deploy our resources. We have a very important job as an industry, as a government and as citizens, and we must act maturely in terms of both investing in the technology that suits us and in enforcing quality standards.”

His point is that in a country as price-sensitive as India, quality can always be compromised if prices are reduced beyond a certain point. And quality, he feels, is crucial, which is why the industry should learn from what happened with fossil fuel when reforms were not conceived of properly. “Similarly in renewable energy, if you have installed a solar project and suppose its performance is not great, given the current margins, there is no scope to absorb losses that were not expected in the Excel sheet. The returns will be less than expected. Either the developer or the lenders would then have issues with that particular investment,” he says.

Tata has been a pioneer in India’s rooftop domain for more than 29 years, having commissioned its first solar installation in 1991. Today, it has an installed base of more than 280 MW of rooftop systems with leading companies and institutions choosing Tata Power Solar in their efforts to save energy and the environment. Over 10,000 residential customers have chosen the company.

Rooftop solar is a “game-changer”, Khanna says. “A lot of that potential is in the B2B segment and a lot is possible in the B2C segment. We will soon have storage at cost-effective prices. We are currently present in nine cities, but I expect us to be in 100 cities by the end of the next financial year. We are propagating the fact that rooftop solar is not only environmentally friendly, but it also saves money. We have been campaigning in 14 cities and will be covering 100 cities by this financial year.”

Khanna says that Tata is also signing power purchase agreements with companies: it utilises their roof and in return offers them a tariff for the power generated from the rooftop that is lower than grid tariff.

Residential rooftops are different in that, owing to their size and the fact that the roof is used for other purposes too, the cost comes out to be a bit higher. But even so, he says, the payback period ranges from five to seven years. After that, it is free power.

The only slight complication is that while rooftop solar helps state distribution companies honour their RPOs, it does nonetheless mean that their good clients are being lost. “That is where we need a win-win solution where state distribution companies also gain – by getting a certain margin – from the process, so that consumers get cheaper power yet companies also contribute towards keeping the environment clean,” he says.

Khanna has over 30 years of industry experience with a focus on project management and contracts. He studied at the Delhi College of Engineering between 1984 and 1988, and later followed it up with a master’s in management and systems.

One of his first jobs was with Bharat Petroleum. Subsequently, he joined Punj Lloyd and then Engineers India. He went on to Bechtel in the US but after a few years, returned to India. For two years, he worked as head of contracts and procurement at Tata Power’s $4.25 billion, 4,000 MW Mundra UMPP project.

As mentioned earlier, one of the high points of his distinguished career was pulling Tata Solar into the black. It wasn’t pain-free; it never is when hard decisions have to be taken. Some businesses that were not doing well had to be closed. New ones had to be entered. “The difficult decisions paid off. As the Number 1 EPC company that we now are, it was good to go from red to a nice black, and grow four times. One of the things we had to fix was our communications. I realised that while you can motivate people to do a good job, in reality, they may not actually be as engaged as you think. I was working, the team was working, but we weren’t communicating properly,” he says.

Khanna makes sure the communication is two way. He holds informal meetings with staff. For one hour every Friday, anyone can speak to him. This, he feels, creates a connection and provides space for non-work-related conversations about what is on people’s minds and how their families are doing. The greater the connection, the greater the engagement with the company. “We have done lots of things but there are still more that we need to do. We may have grown fourfold, but we need the happiness factor in the workplace to grow four times too,” he says.

On managing people, he says the notion of “managing” is inherently misconceived. What needs to be done is not “manage” people but simply share your vision with them. “They will follow only if they are motivated by your vision and when that happens, you don’t need to manage them. If you are brutally transparent about your intentions, everyone can see what is in it for them and once they are committed, you don’t need to monitor them,” he says.

He anticipates some consolidation taking place in the industry, which will be a good thing. “More maturity will come into the industry and when we have affordable storage technology coming in, it will create a very different world.”

Home is in Mumbai’s Cuffe Parade. For relaxation, he meditates and walks in the mornings to enjoy nature. By the time he reaches the office every morning, he is ready to take on the two or three biggest tasks of the day. At weekends, he plays badminton and spends time with his wife, Prabha, and their 14-year-old daughter Saiesha.

Managing a teenage daughter has made him suddenly appreciate his parents’ parenting skills: the calmness and the patience. He wishes he had their wisdom. “They had more children, they had the wider family to look after and they had fewer means than us; yet they were exemplary in their wisdom and the dignity with which they managed everything,” he says.

On India’s future, he is optimistic. “Renewables can be the next IT industry,” he says. Of course, he knows, like everyone else, that the country’s inflection point should have come a long time back. “But we will still go on to become a great nation. Don’t ask me which year. But definitely in my lifetime.”