A transformer is a key transmission asset, which determines the quality and reliability of the power supplied to consumers. That said, it is also the costliest equipment in a switchyard/substation. As per the norms of the Central Electricity Regulatory Commission, a transformer is expected to serve for the entire life of a substation, which is considered to be 35 years. However, transformer health is becoming a major cause for concern with many transformers going out of service before the end of their useful life. As per industry estimates, 12-15 per cent of distribution transformers fail annually, entailing a maintenance cost of Rs 30 billion per annum. As per the Central Electricity Authority (CEA), 21 transformer failure cases were reported from September 2015 to December 2016 by nine utilities. This included nine transformers, which failed within 10 years of operations. Apart from these, a number of transformer failure cases remain unreported.

A wide range of operations and maintenance measures are being taken to maintain transformer health. Transformer testing is one of the key initiatives required to identify faults. It gives an insight into the transformer’s functioning and helps reduce the chances of failure. Two types of transformer testing are done on manufacturer premises – type tests and routine tests. In addition to that, some transformer tests are carried out at the consumer sites before commissioning and also periodically on a regular and emergency basis throughout their service life.

A routine test is conducted to assess the operational performance of individual units in a production lot. Routine tests are carried out on every unit. There are different types of routine tests such as ratio tests, winding resistance tests, polarity/vector group tests and load tests. Oil pressure tests are conducted transformer to check leakages from joints and gaskets. Routine tests include all the type tests except temperature rise and vacuum tests.

A winding resistance test is carried out to calculate the I^2 R losses and calculate winding temperature at the end of a temperature rise test. It is carried out as a type test as well as a routine test. The purpose of this test is to check loose connections, broken strands of conductor, high contact resistance in tap changers, high voltage leads and bushings, etc. This is done mainly through the current voltage method or the bridge method.

In addition to these, the transformer undergoes some tests before its actual commissioning on site. This is called pre-commissioning testing of transformers. These tests are done to assess the condition of transformers after installation and compare the test results of all low voltage tests with factory test reports.

Transformer oil testing is a widely used loss prevention technique. Transformer oil not only serves as a heat transfer medium, but is also a part of a transformer’s insulation system. Hence, these tests serve the larger objective of monitoring the transformer’s dielectric strength. First the oil is collected from the transformer and the equipment is connected with grounding wire. The next step is to set the air gap between the electrodes and dip these in transformer oil. The associated equipment is then switched on and the voltage increase is recorded. The average of six readings is considered for the analysis.

In order to check the imbalance in the magnetic circuit of three-phase transformers, the magnetic balance test is undertaken. First the transformer neutral is disconnected from the ground and 230 Volt AC supply is applied across one of the HV winding terminals and the neutral terminal. The test is repeated individually for each of the three phases before arriving at a conclusion.

Proper handling, loading, unloading and storage are essential for the efficient operation of transformers. So, whenever there is movement of transformers either from manufacturing works or from one station to another, a sweep frequency response analysis should be carried out. Such tests must be carried out on a routine basis to predict and mitigate possible failures. It involves a low-voltage, off-line, measurement of the impedance of transformer windings as a function of frequency. The test is performed by injecting a variable frequency AC voltage into each individual transformer winding and plotting the responding current as a curve.

Another recommended industry practice is the adoption of appropriate techniques for the measurement of key parameters. While measuring the absolute value and tan delta of transformer bushings/current transformers/power transformers/capacity voltage transformers, the CEA recommends that the rate of rise of tan delta should be monitored and it should not be more than 0.1 per cent per year. The frequency of measurements should be increased in case tan delta value is approaching 0.7 per cent. The capacitance and tan delta measurement of transformer bushings at variable frequency and the dissolved gas analysis of bushing oil is also recommended to be carried out for health assessment of bushings as this has been proved to be very effective in assessing the condition of in-service bushings. 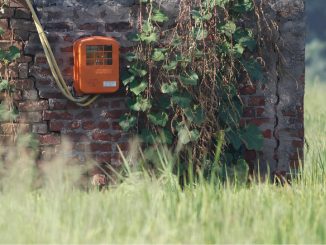 December 3, 2021
Smart metering and smart grid technologies are the future of grid systems. There is an increasing focus on [...]
More 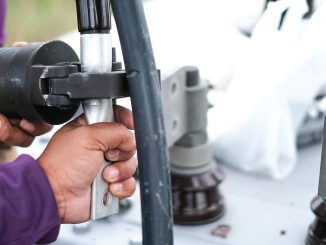 December 3, 2021
Cables and conductors are the most essential components of a power transmission network. Th­ey are crucial for [...]
More