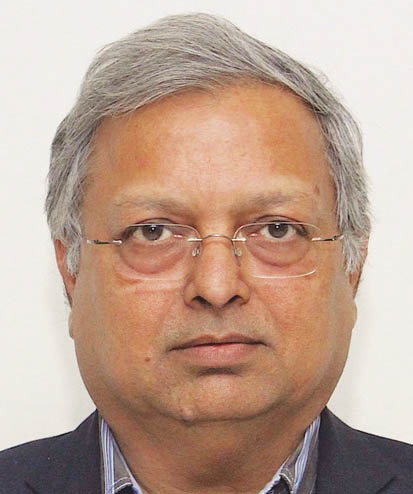 P.K. Agarwal brings to the table over three decades of experience spanning all aspects of power systems including construction, commissioning and maintenance of transmission lines, grid substations and HVDC systems; implementation of information and operational technologies; and cybersecurity.

He started his career as an executive trainee with NTPC in 1981 and worked there for over 12 years, taking on different roles in the erection and management of transmission lines. In 1993, he joined Power Grid Corporation of India Limited, where he played a key role in implementing India’s first integrated SCADA/EMS project and acquired expertise in areas like large SCADA system integration, system upgradation with new technologies, applications of information technology in power system operation and cybersecurity of critical infrastructure. Currently, he heads the market operation wing of POSOCO as director and also handles the cybersecurity of the organisation as its chief information security officer.

Agarwal notes that the transmission sector across India is very robust, which has enabled the wheeling of power from the remotest ends of the country, making it power surplus. However, transmission lines still need to be built in some rural pockets in order to meet the vision of “24×7 power”. Looking ahead, he says, “Real-time markets, security-constrained economic despatch, separation of carriage and content in distribution, and derivatives in electricity markets are some ongoing developments that will become milestones in the history of the power sector.” He also expects the sector to adopt emerging technologies such as blockchain, artificial intelligence and big data analytics.

For Agarwal, the most memorable part of his career was the time he was given the responsibility to introduce synchrophasor technology and PMU projects, and dev-elop the SCADA and IT framework for POSOCO, des-pite being an electrical engineer. Having worked in different positions through his career, he understands the responsibilities and challenges faced in each of these – whether it’s at the execution level or the board of directors level. Agarwal tries not to take work home and vice versa. In his free time, he likes to read. Some of his favourite books are Electricity Markets by Sally Hunt and The Power of Your Subconscious Mind by Joseph Murphy. In the future sometime, he aspires to write a book for the benefit of the power sector, based on his experience and challenges faced.