Industrial energy use accounts for roughly one-third of global energy demand. As per The Energy Resources Institute (TERI), the industrial sector had a share of 58 per cent in the total energy consumption in India, as of 2018. While there is significant potential to decrease energy consumption in this sector, opportunities to improve energy efficiency are still unexploited.

Over the years it has been proven that innovative business and implementation models can significantly reduce energy consumption and costs. For example, by using a diagnostic tool called TrapMan, Japanese experts identified some common issues in oil refineries and petrochemical plants in India, such as pipe size optimisation, distribution line layout, condensate heat recovery, and pressure optimisation at different locations within the company. They found that fixing these issues could lead to 4.6 per cent energy saving in oil refineries and petrochemical plants, and 12 per cent saving in general industrial plants. Another major energy consuming sector is the air-conditioning sector. The number of air-cooling appliances in India has increased by 7.7 per cent in the past few years to reach about 3.9 million units in 2016, as per Euromonitor International (2017). The demand for space cooling and heating appliances is the highest in the building sector. Rising summer temperatures and disposable incomes are resulting in consumers increasingly opting for air-conditioners (ACs) for their cooling needs. The market share of fans is currently over 80 per cent, but the demand for power-intensive and comparatively expensive ACs is growing. An efficient 5-star rated AC can consume over 1,000 kWh of power in a year, so the focus has been on introducing super-efficient ACs to cut down on the demand for energy.

The energy demand share for cooling services (mainly ACs and fans) will increase as shown in the figure below. However, the good news is that the share of energy consumption for ACs among all cooling appliances is expected to decline from 52 per cent in 2000 to 37 per cent in 2030, with increasing energy efficiency and additional energy efficient building technologies such as cool roofs, as per the India Energy Efficiency Series Report, 2017.

So, a crucial bilateral cooperation between Japan and India is focusing on energy efficiency, particularly in SMEs. The Japanese International Cooperation Agency (JICA)-Small Industries Development Bank of India (SIDBI) initiative includes JICA’s loan assistance through SIDBI, which supported over 4,800 Ministry of Micro, Small and Medium Enterprises across industrial sectors, including manufacturers of glass and ceramics, textiles, auto components, leather, pharma, plastics and polymers, electrical components, printing, and brick kilns. The support has facilitated the installation of energy efficient equipment, and served to improve the quality of the finished product, mitigate waste and enhance profitability, as well as provide technical assistance. In Phase III (beginning 2014), JICA extended a line of credit worth JPY 30 billion (about Rs 18 billion) to SIDBI.

The Institute for Global Environmental Strategies (IGES) and TERI also collaborated under the Science and Technology Research Partnership for Sustainable Development Program (SATREPS/JICA/ Japan Science and Technology Agency) a few years ago. They jointly investigated about 50 Indian MSMEs to assess the feasibility of low-carbon technologies (LCTs) such as electric heat pumps and gas heat pumps, and enhance operating processes for compressed air systems and induction furnaces. Almost 30-40 per cent energy savings were achieved due to a reduction in fuel consumption of the boiler and electricity consumption of the chiller, and 35-45 per cent energy savings due to switching from electricity to natural gas as a source of energy. 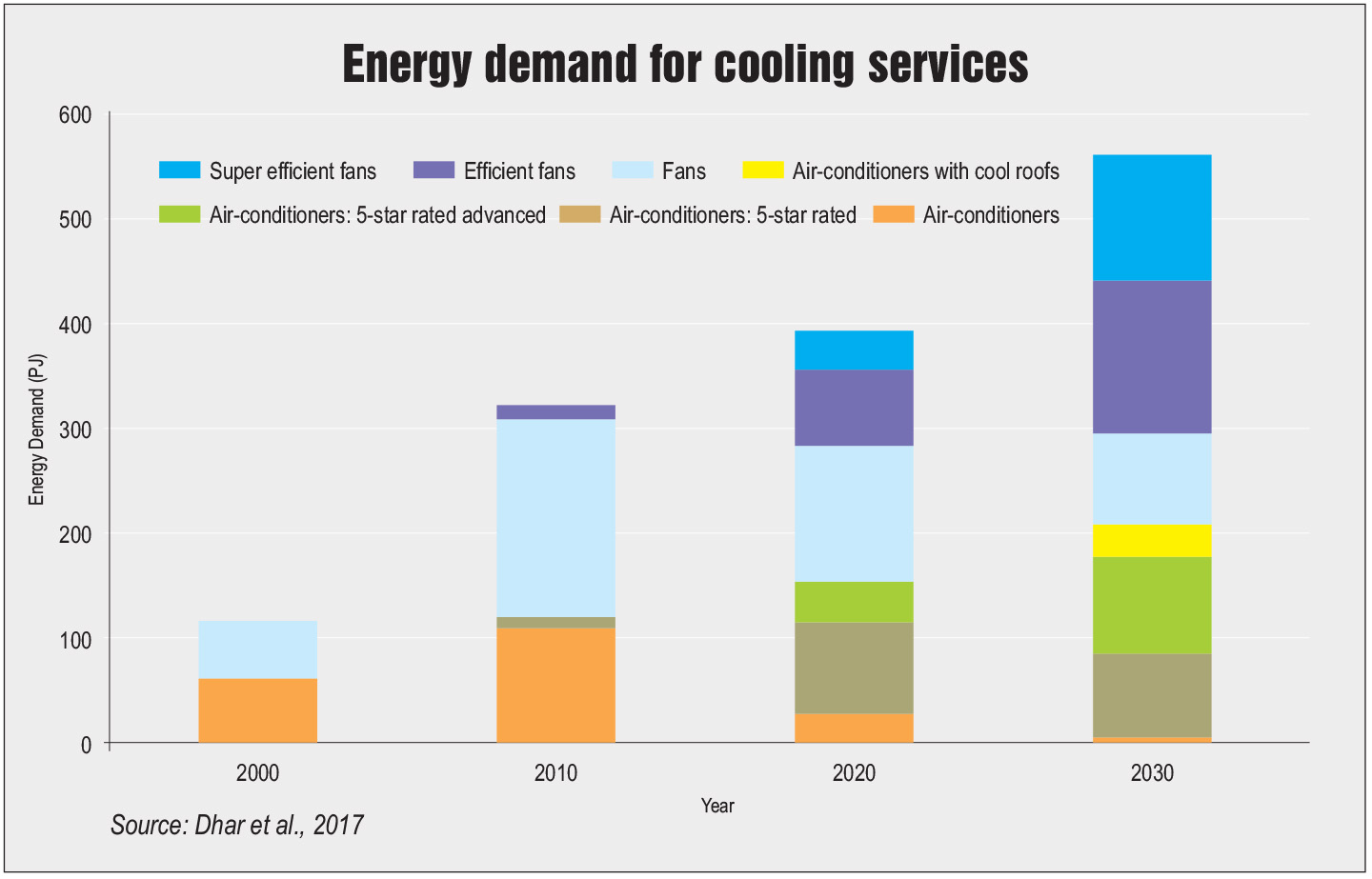 Other countries are way ahead in this space. The UAE’s Dubai Electricity and Water Authority (DEWA) has plans to increase the efficiency and reliability of its power infrastructure. The utility has allocated AED 86 billion for the expansion of Dubai’s energy sector over the next five years, with the aim of enhancing the UAE’s level of competitiveness in energy efficiency and energy technologies. MITCON Consultancy and Engineering Services of Pune has conducted energy audits in over 75 industries in the Middle East this year, proving that Indian expertise and experience are highly valued.

Collectively, all 32 organisations (with facilities in 19 countries or economies) reported annual energy cost savings of up to $57 million and emissions reductions of up to 554 million metric tonnes of carbon dioxide.

“It is absolutely crucial to recognise those who have introduced robust EnMS and also proved that energy efficiency is not only compatible but can also drive profitable business development,” said Christian Zinglersen, head, CEM Secretariat.

The ISO 50001 standard is a cost-effective framework that enables organisations to take control of their energy use, and continually reduce costs and emissions. It is a product of international collaboration, drawing on best practices that have led to impressive savings in over 50 countries.

The Perform Achieve Trade (PAT) scheme has created a strong foundation in India, and it will be helpful to extend the experience to new sectors and address the technical challenges. The financial risks include transaction costs to generate energy-saving certificates (ESCerts), volatility in energy prices due to the shift towards cleaner and renewable forms of energy, issues with the trading of ESCerts, and the influence of new economic instruments such as the goods and services tax (GST). Accurate information on market fundamentals, analysis of global and local markets, and improved transparency will enhance efficiency and reduce price volatility.

Financial instruments such as price swaps, and futures, options and forward contracts for the short and medium terms are needed. In the long term, contracts with an energy services company, or the firm, or designated consumers (DCs) can act as physical hedges. The oversupply of ESCerts is likely to affect the returns on any investment in energy efficiency projects by the DCs. Re-trading of ESCerts should not be allowed, as this could lead to black marketing. Renewable energy certificates (RECs) and ESCerts should not be fungible unless demanded by a few stakeholders, as the aim of both certificates is clearly different – RECs are for energy security and ESCerts for energy efficiency.

The number of companies and sectors under the PAT scheme need to be increased to ensure a competitive market for price discovery and ESCert trading. Trading frequencies should be at least three to five times a year to ensure there are enough buyers and sellers during each trading cycle.

Given that the renewable energy sector currently benefits from various exemptions and concessional duties, the impact on the “delivered cost of energy saved” and the trading of ESCerts, needs to be examined under the GST regime.