Smart grids, with advanced information and communications technology, have the potential to enable more dynamic, real-time flows of information on the network and greater interaction between suppliers and consumers. The Ministry of Power (MoP) announced smart grid pilot projects, which were to be implemented by various state-owned distribution utilities in 2013. As of July 2019, all 11 pilots that were announced have been declared as either go-live, completed or commercially operated. Furthering the government’s commitment to India’s smart grid plans under the National Smart Grid Mission (NSGM), which was established in March 2015, five smart grid pilots have been taken up for implementation with financial support to utilities from the central government and grants from the NSGM.

The pilot projects sanctioned by the MoP were taken up across Assam, Gujarat, Himachal Pradesh, Haryana, Karnataka, Punjab, Telangana, Tripura, Puducherry, Uttar Pradesh and West Bengal, at a total cost of Rs 2.9 billion (including Rs 1.3 billion government funding). All projects have been partially funded by the MoP, except the project developed by Uttar Haryana Bijli Vitran Nigam (UHBVN), which was completely funded by the New Energy and Industry Technology Development Organisation (NEDO). 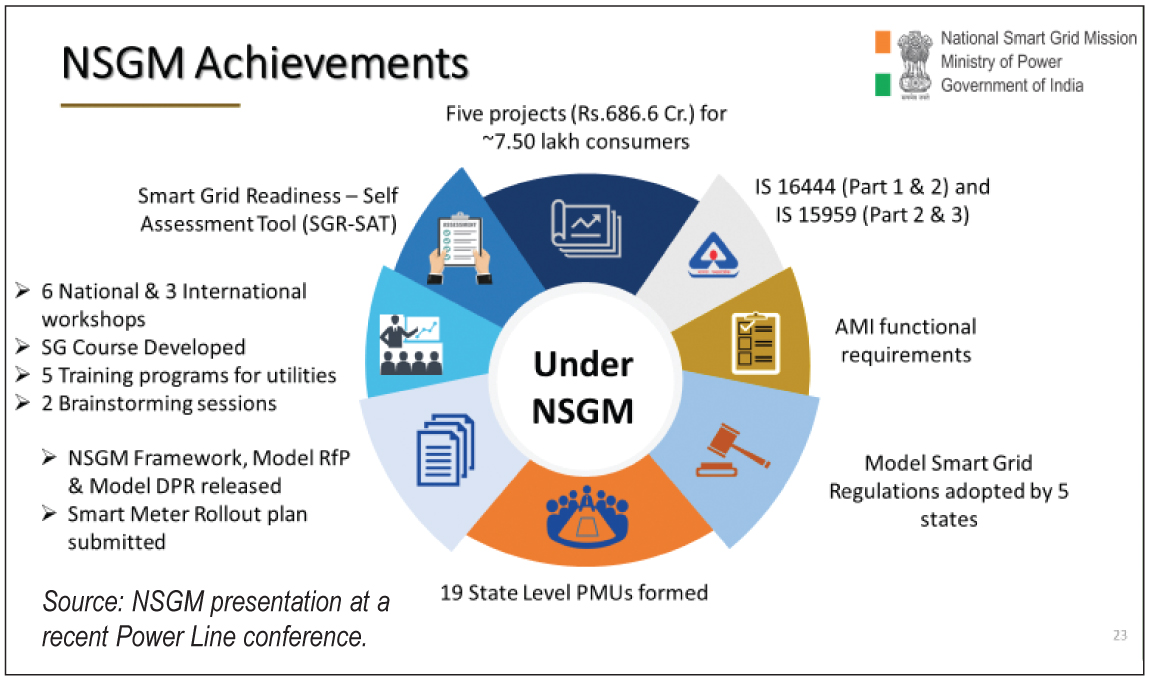 As per data from the NSGM portal, seven projects have been declared as completed as of July 2019. These include a smart city demonstration project at the Indian Institute of Technology (IIT)-Kanpur campus, the Smart Grid Knowledge Centre developed by Power Grid Corporation of India (Powergrid) in Manesar, Haryana, and projects implemented by UHBVN (Panipat City sub-division of Haryana), the Himachal Pradesh State Electricity Board (HPSEB) in the Kala Amb Industrial Area, Himachal Pradesh, Chamundeshwari Electricity Supply Company Limited (CESCOM) in VV Mohalla division, Mysore, Karnataka, and Uttar Gujarat Vij Company Limited’s (UGVCL) project in Naroda, Gujarat.

There are currently five NSGM projects under implementation at four locations – two in Chandigarh, Kochi in Kerala, Ranchi in Jharkhand and Rourkela in Odisha. These projects entail an aggregate investment of Rs 6.86 billion, 30 per cent of which is funded by the government. These projects cover approximately 750,000 consumers. Bids are being awarded for various project components such as AMI, SCADA, distributed generation, demand response and electric vehicles (EVs). 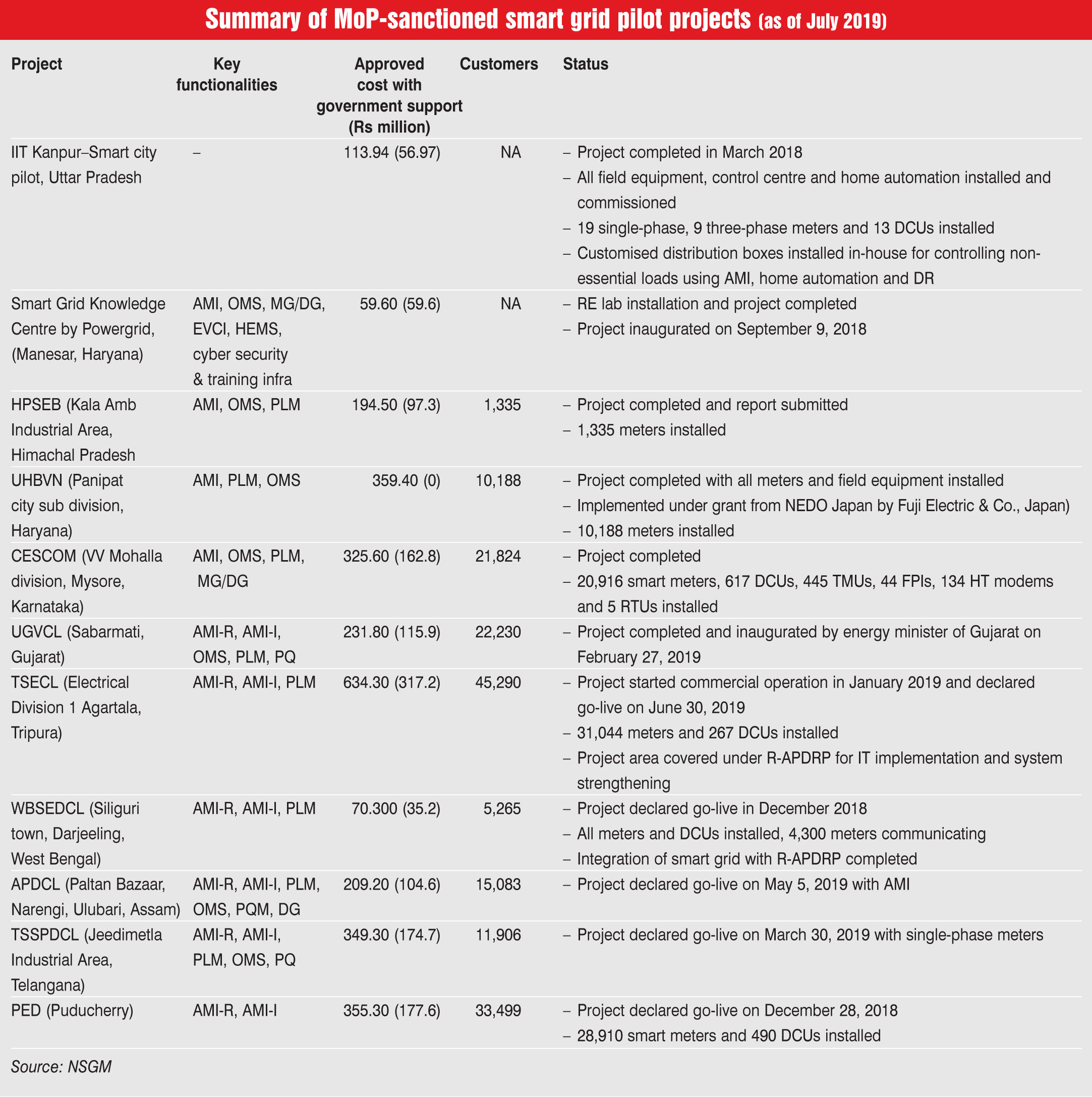 The experience gained from the commissioning of the pilot projects is expected to help utilities in executing smart grid technologies more efficiently in the future. T  his will also enable them to identify the best technology and practices. Going ahead, there is a need to develop innovative financial and business models to implement smart grid projects.