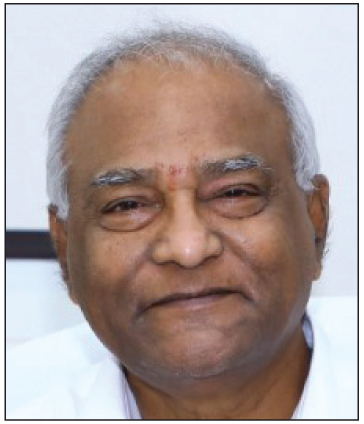 A. Gopal Rao, chairman and managing director (CMD), Northern Power Distribution Company of Telangana Limited (TSNPDCL), brings to the table over 37 years of experience in the power sector. He started his career in 1969 as technical assistant with the erstwhile APSEB, and worked across cadres in the state utility. Since October 2016, he has been on the board of directors of TSNPDCL. He holds a degree in electrical engineering from Osmania University, Hyderabad.

Rao takes immense pride in the fact that Telangana is the only state in the country to provide free power 24×7 to over 2.3 million agricultural consumers. “On January 1, 2018, when all farmers in the state were provided 24-hour, three-phase power supply for agricultural activities, it was a dream come true because I know the problems of a farmer as I hail from a farmer family,” says Rao.

On the status of the state’s power sector, he says, “The contracted capacity in the state stands at 16,201 MW and about 11,672 MW of projects are at various stages of development to meet the growing load of 9,000 MW from lift irrigation, industrial and other segments.” Telangana has commenced the world’s biggest lift irrigation project, the Kaleshwaram project, with a long-term vision of providing water to the agricultural sector and drinking water to the needy areas of the state. The electricity demand from the project is nearly 6,000 MW and TSNPDCL is in a position to meet this demand.

Rao says that leading by example has been his management mantra at all levels. “It is vital to develop a cordial relationship with colleagues and co-workers and work with mutual respect. I would say I am a people’s person and value the fact that people make the organisation and not vice versa,” he remarks.

On the personal front, Rao believes that a healthy mind leads to a healthy body. He enjoys walking, listening to motivational speeches and reading spiritual books. Being a religious man, he wishes to visit pilgrimage sites with his wife in the days to come. On the work front, he believes, “Telangana has now reached a stage where discoms are supplying 24×7 power to all consumer categories. The universal supply obligation has been met and the discom is now taking the next steps towards improving the quality and reliability of power supply.”