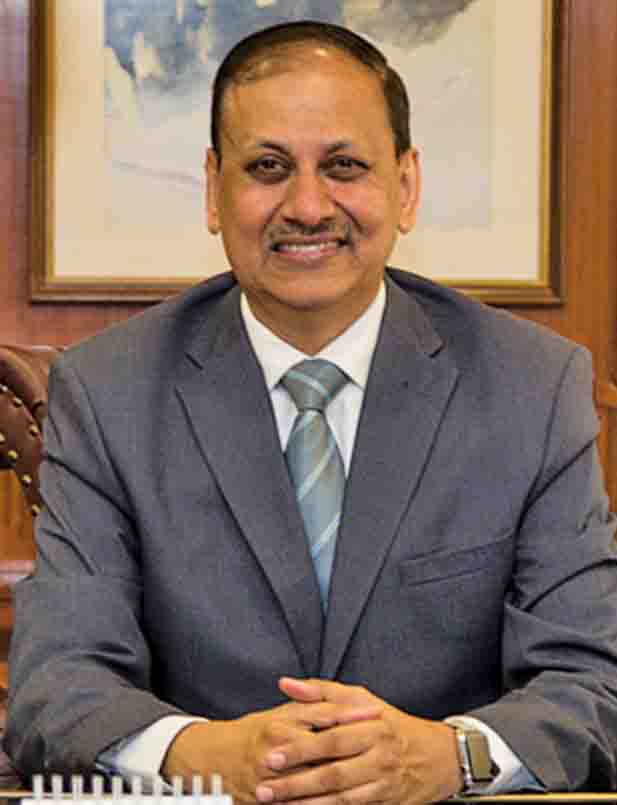 PTC India Limited recorded an all-time high traded volume of 62 BUs during 2018-19. The company has registered steady growth in its domestic power trading business as well as cross-border trading. It is growing as an integrated energy solutions provider. PTC Retail, which facilitates power supply to industrial and commercial consumers, has seen considerable growth in the past few years. In a recent interview with Power Line, Deepak Amitabh, chairman and managing director, PTC India Limited, shared his views on the company’s key achievements and future plans…

What have been the major highlights for PTC India in the past one year?

In its twentieth year, PTC India continues to demonstrate robust growth across all fronts. The company maintained its leadership position with a market share of 45.47 per cent (including cross-border transactions) as compared to 44.14 per cent in the previous year. During 2018-19, PTC clocked an all-time high volume of 62,491 MUs, an increase of around 10 per cent from the 57,018 MUs recorded during 2017-18.

The Ministry of Power’s flagship pilot scheme for the resolution of stressed assets has yielded mixed results. PTC India, as an aggregator, has signed power purchase agreements (PPAs)/ power sale agreements (PSAs) for 1,900 MW with stressed thermal power plants/distribution licensees and 1,150 MW of capacity has been brought online so far. With this, many more such schemes are expected to be rolled out in the near future.

PTC Retail, which was set up to facilitate power supply to industrial and commercial consumers on the power exchanges, has seen considerable growth this year. With value-added services, our clientele has grown to reach 700. During the year, reputed organisations such as Mangalore Refinery and Petrochemicals Limited, Reliance Jio, IIT Delhi, ITC Limited, Grasim Industries, Larsen & Toubro Limited and Nxtra Data Center have been added to our client list.

State utilities have continued to repose their confidence in PTC India for managing their power portfolio. The company has received an assignment for power portfolio management, which includes consultancy services for providing IT-based solutions for  forecasting, managing power demand, scheduling and procurement for Bihar State Power Holding Company Limited. PTC has also signed tripartite agreements with Northern Railways and Railway Energy Management Company Limited for the supply of power through power exchanges for meeting the requirements in Uttar Pradesh, Delhi and Haryana. The state utilities of Jharkhand, Punjab, Chhattisgarh, Tripura, Uttarakhand, etc. have also signed/renewed agreements for the sale/purchase of power.

What is your view on the progress of the resolution of stressed thermal assets? What are the immediate steps required to tackle stressed assets?

This year a new paradigm of market-based intervention for the resolution of stressed assets (that is, more than 10,000 MW of commissioned capacity lying idle for want of coal and PPAs) was put forward by the Ministry of Power. As a test case, agreements for 1,900 MW have been signed between discoms, aggregators and generating companies. The first-of-its-kind measure puts the aggregator as a pivot in the scheme of things to bring in economies of scale for cost-reflective tariffs, thereby equally benefitting discoms and generating companies.

What has been the trend in short-term and long-term trading in PTC’s trading portfolio?

In the business mix, short-term trading contributed around 55 per cent (vis-a-vis the previous year’s contribution of around 54.3 per cent) and  long- and medium-term trading contributed around 45 per cent (45.7 per cent in 2017-18) to the total traded volumes. Over the past few years, we have observed a trend for long-term trading gradually shifting towards medium-term trading as it is much easier for discoms to predict their demand in a shorter span of time, say, in the next five years. The short-term bilateral segment (bilateral and exchange related) has also seen considerable growth over the years.

What is your view on the introduction of new bid (order) types at the power exchanges?

The power exchange is an electronic clearing platform to buy and sell with the objective to ensure fair, neutral, efficient and robust price discovery; provide extensive and quick price dissemination; design standardised contracts and work towards increasing liquidity in such contracts. We feel that any product, which is for the maximisation of gain for either buyer or seller, may defeat the basic objective of neutrality. The proposed new bid (order) types may create further complexities and make it difficult for clients to execute them. A more detailed analysis, including the calculation methodology, for each bid (order) type may be done along with a comparison of the existing bid (order) type vis-a-vis the new proposed bid (order) type. As we understand, there is some flexibility already available in the existing system such as intra-day market. Instead of establishing a new bid (order) type, some modifications and strengthening of the intra-day market could be done.

Another aspect is that as per the present regulations, there are clearly defined roles of the system operator and the power exchange. With the new bid (order) types, there may be an over-lapping of roles of these entities.

It may also be noted that all the proposed bid (order) types are only developed to cater to the needs of a specific kind of bids. The benefit accrued to such customers may skew the overall price index and not reflect the true demand and supply based on price discovery. This may lead to non-compliance with the basic principles of social welfare maximisation.

Power exchange is a platform to facilitate transparent price discovery under standardised contracts. It may not be prudent for the exchange to propose any type of bids that may benefit a certain set of customers and such advisory for the optimisation of sale revenue/cost of power purchase of customers may be limited to the members of the power exchange.

What are PTC’s current cross-border electricity trading volumes? What are its plans for expanding cross-border trade going forward? How have the revised guidelines helped?

Cross-border trade has been of strategic importance to PTC India. During 2018-19, cross-border transactions accounted for 9.2 per cent (5,739 MUs) of the total traded volume. Our cross-border portfolio comprises energy trading with Bhutan (4,082 MUs), Nepal (65.17 MUs) and Bangladesh (1,592 MUs). This provides synergy to our trading activity.

A milestone in PTC’s journey for the enhancement of power trade with neighbouring countries was achieved when a PPA for the Mangdechhu Hydro Electric Project in Bhutan was signed between PTC and Druk Green Power Corporation Limited on August 15, 2019 at Thimphu. PSAs with eastern region beneficiary discoms have also been signed.

The guidelines for import/export (cross-border) of electricity by the Government of India, Ministry of Power, the CERC (Cross Border Trade of Electricity) Regulations, 2019 and the regulations for deviation settlement for cross-border trade have created the much-needed institutional framework for cross-border trade. These guidelines/regulations have been issued with the objective to evolve a dynamic and robust electricity infrastructure for the import/export of electricity. It will promote transparency, consistency and predictability in the regulatory mechanism, and will ensure reliable grid operations.

What have been the recent PPAs signed by the company? What is your outlook on the pick-up in demand from discoms in the next one to two years?

To cater to the growing need of the Indian economy and support power sector reforms, we believe a growth of around 6 per cent in power demand will continue in the next one to two years with a stable outlook on the back of electrification growth and increased power demand from discoms.

What will be PTC’s major focus areas in the coming years? What are the company’s plans for the renewable energy segment?

PTC India has a bigger role to play in the current scenario than ever before. The market for electricity trading has been delivering value to India’s power industry for 20 years now. Evolving expectations and needs of the participants will require innovation in solutions that cover generation, transmission and distribution. The big picture, therefore, leads us to the frontier of market design. It is an encouraging development for us that the regulators and the ministry are currently engaging in revisiting and formulating the standard market design.

While consolidating its trading business, PTC is also focusing on new businesses to achieve its objective of an integrated energy solutions provider. Its new business, PTC Retail, a strategic business unit set up to facilitate power supply to industrial and commercial consumers, has seen considerable growth in the past few years and continues to grow. In addition, PTC is constantly expanding its footprint in the electricity industry through power portfolio management, energy efficiency services, and consultancy services such as technical advisory, energy audits, network maintenance and regulatory compliance advisory.

In the renewables segment, PTC was selected as the trader partner and signed PPAs with five generating companies for the procurement of 1,050 MW of wind power under the MNRE and SECI schemes. It also signed PSAs with seven state discoms and utilities for the entire quantum. The power trading company is supporting SECI in managing the operational aspects of 750 MW of solar power capacity. PTC’s subsidiary, PTC India Financial Services Limited, which is into financing of power and other infrastructure projects, has more than 60 per cent of its portfolio in the renewables segment. PTC’s other subsidiary, PTC Energy Limited, has commissioned 289 MW of wind power projects in Madhya Pradesh, Andhra Pradesh and Karnataka. In the retail segment, PTC has executed renewable energy trading transactions (solar and biomass) for industrial/commercial customers in Rajasthan and Odisha. To introduce innovative solutions, PTC India, in association with Kongsberg (Norway), has successfully implemented a first-of-its-kind performance monitoring and generation forecasting mechanism for hydropower projects in Himachal Pradesh on a pilot basis.

What is your outlook for the power sector in the near, medium and long term?

The power sector in India is witnessing unprecedented growth while experiencing unforeseen challenges. With a total installed power generation capacity of 360,788 MW as of August 2019, India is now the world’s third largest electricity producer and the world’s fourth largest power consumer. The country is still not a power-surplus nation as it reported an energy deficit of 0.6 per cent and a peak deficit of 0.8 per cent in 2018-19. In terms of market design, the power market is undergoing transition and the continuous reform process will have an impact in the short, medium and long term.

The resolution of stressed capacity is the immediate need of the power sector. There have been efforts to mitigate this situation and PTC has played an important role as an aggregator. More such efforts will be required for the large stranded capacity. The poor financial health of discoms has resulted in delayed payments and cash flow constraints to other stakeholders. Efficiency measures are needed at all points in the supply chain, including at the consumer end in terms of metering, billing, collection and energy accounting.

In the long term, we foresee carriage and content separation as proposed in the draft amendments to the Electricity Act, 2003 to create competition in the retail supply of electricity. The intensive digitalisation of processes and information communication technology will drive the scale and quality of services in the generation, transmission, trading and distribution segments.