Incorporated in 2005, Torrent Power Limited is a leading private sector power utility with a presence across the generation, transmission and distribution segments. The company has a diverse portfolio of generation assets totalling over 3,700 MW, across the coal, gas and renewable power segments. The company serves nearly 3.32 million consumers through distribution licences in Ahmedabad/Gandhinagar, Surat and Dahej (Gujarat), and franchisee contracts in Bhiwandi (Maharashtra) and Agra (Uttar Pradesh). The company has one of the lowest distribution losses in all its areas of supply. 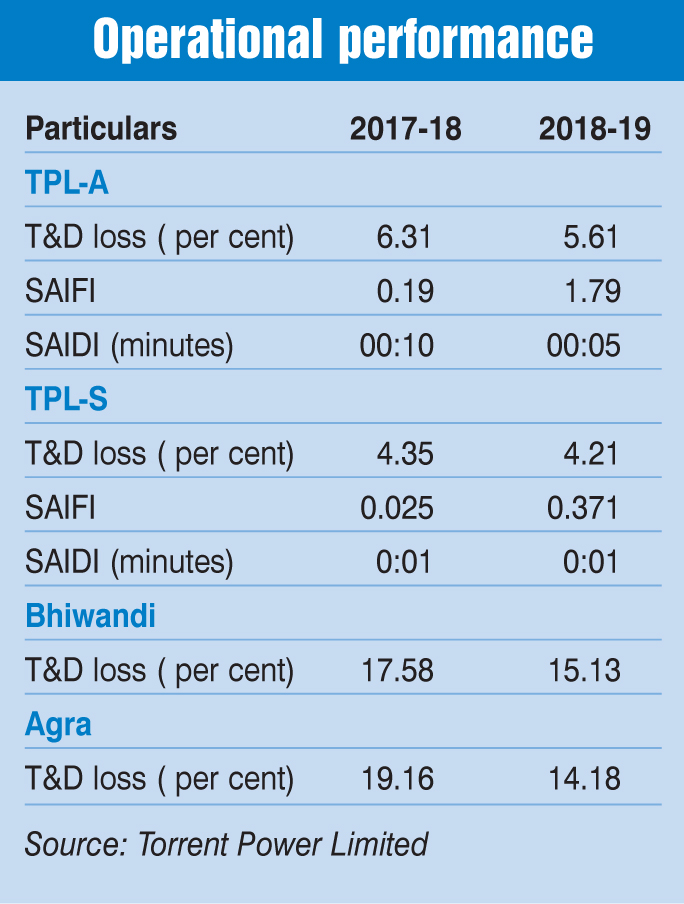 Torrent Power has four conventional power plants aggregating 3,092 MW in Gujarat – the 362 MW Amgen coal-based station, the 1,147.5 MW Sugen combined cycle power plant (CCPP), the 1,200 MW Dgen CCPP and the 382.5 MW Unosugen CCPP. While the Sugen CCPP operates on a mix of domestic and imported gas, Unosugen and Dgen operate on imported LNG and the Amgen TPP runs on a mix of domestic and imported coal. Unosugen and Dgen were stranded in the past year (2018-19) owing to lack of demand from discoms. However, the company was able to operate the plants through merchant power contracts during the first quarter of 2019-20. Further, the Gujarat Electricity Regulatory Commission has approved Unosugen’s long-term PPA for 278 MW of capacity, with effect from July 1, 2019. The Dgen plant is also likely to be operated under a revival scheme for stranded gas-based plants, proposed by the government in the Union Budget 2019-20.

Further, the company has renewable energy plants aggregating 610.5 MW in Gujarat and Karnataka. These include two solar plants aggregating 138 MW in Gujarat. Their generation and PLF stood at 212 MUs and 17.57 per cent in 2018-19, a marginal increase over the previous year. Further, the company has four wind power plants aggregating 472.5 MW spread across Gujarat (201.6 MW in Bhuj, 50.9 MW in Rajkot, 50.4 MW in Bhavnagar, 49.6 MW in Lalpur) and two plants in Karnataka (60 MW each at Gulbarga and Raichur). The wind energy plants cumulatively generated 1,140 MUs in 2018-19, an increase of 70 per cent over the previous year. The increase in generation was mainly on account of commissioning of new wind power capacity during the year. Their PLF also increased from 27.33 per cent to 30.08 per cent during this period. 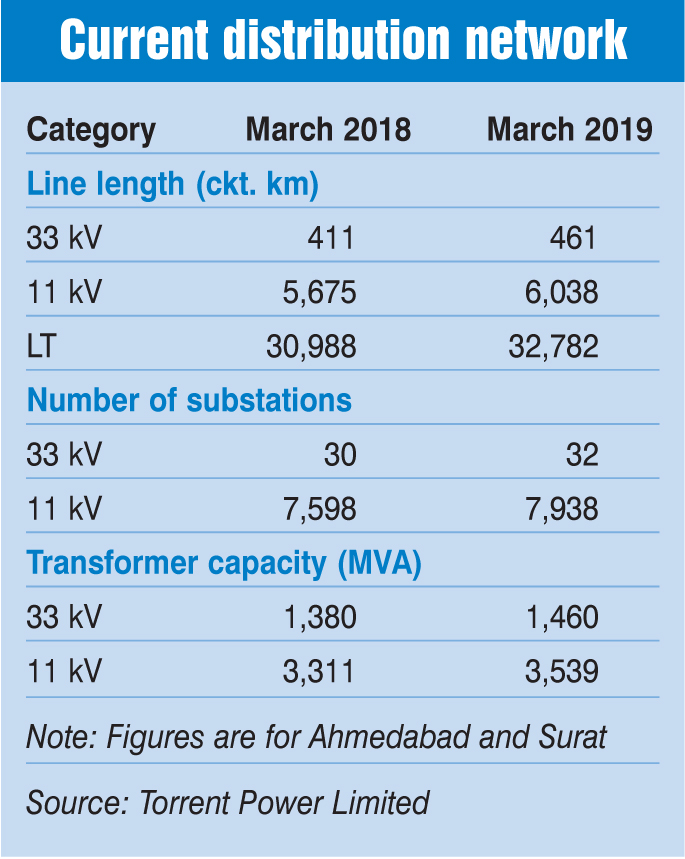 The main sources of power procurement for Torrent Power are its Amgen and Sugen power plants. Other power procurement sources include bilateral contracts and power exchanges. The T&D losses in Ahmedabad and Surat stood at 5.61 per cent and 4.21 per cent, respectively, in 2018-19, a decline from the 6.31 per cent and 4.35 per cent recorded in the previous year. The utility’s T&D losses are among the best in the country, at levels below 7 per cent for the past three years. Most of its distribution network is underground and in licensed areas. At 99.9 per cent, the company’s power availability is also among the highest in the country. The company has a licence for power distribution in the Dahej special economic zone, which has about 106 industrial consumers.

In August 2018, Torrent Power secured a distribution licence for supply of electricity in the Dholera SIR for 25 years. The Dholera SIR licenced area is about 920 square km, and is a part of the ambitious Delhi-Mumbai industrial corridor. Furthermore, the company secured a 20-year distribution franchise licence for the SMK subdivision in January 2019. SMK has input of 677 MUs and net sales of around 376 MUs. 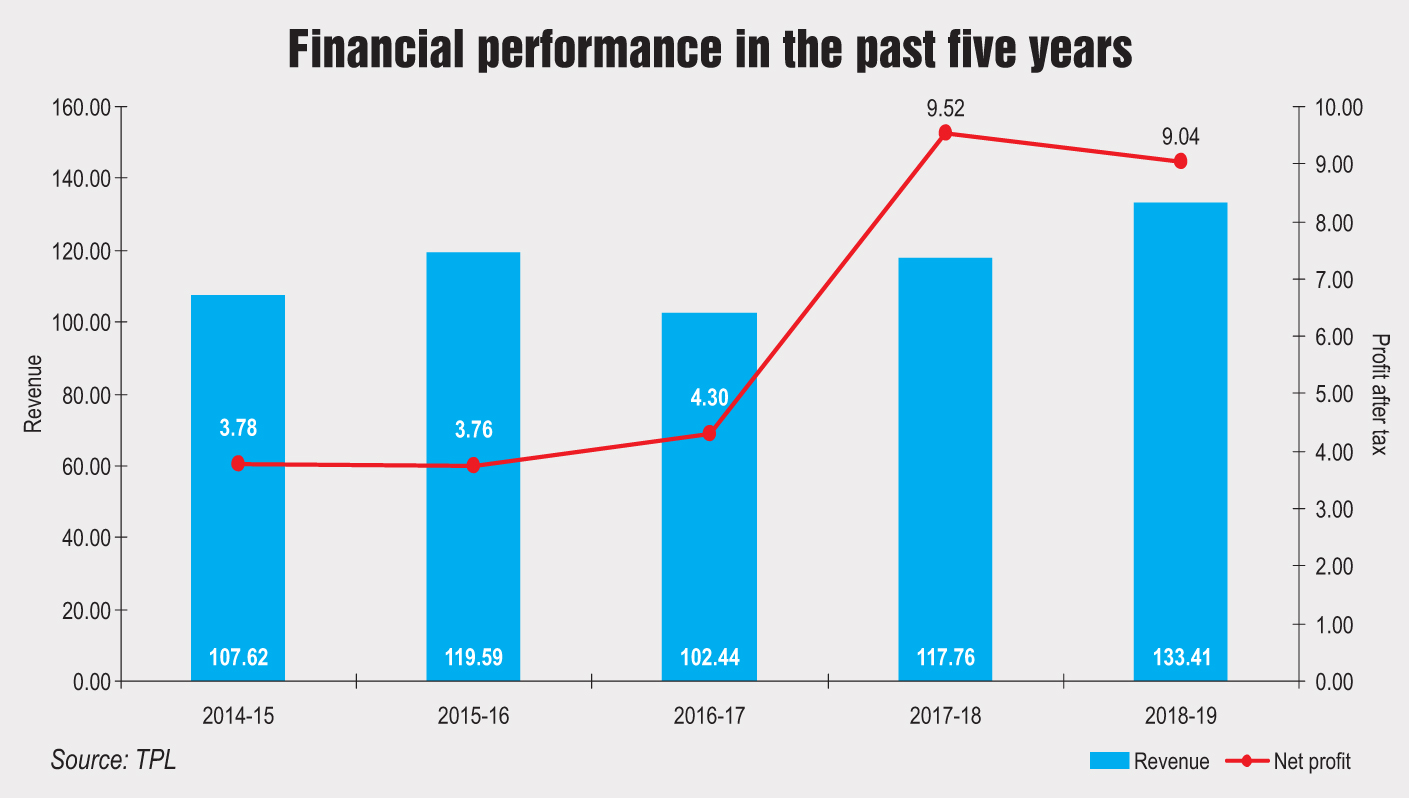 Torrent Power has recorded a significant capex of about Rs 1.9 billion for the Ahmedabad and Surat distribution areas for 2019-20 and 2020-21. The key focus areas include IT implementation, meter management, advanced metering infrastructure and extra high voltage network automation. The company has also planned a capex of Rs 5 billion over a period of five years for developing the distribution network in the Dholera SIR. Further, it has planned a capital expenditure of Rs 3 billion for SMK, of which Rs 1.5 billion is expected to be invested in the first five years. The AT&C loss for the base year (2016-17) is around 47 per cent. The company aims to reduce AT&C losses to below 12 per cent by the fifteenth year.

On the generation front, wind power projects aggregating over 840 MW are under development in Gujarat and Maharashtra. These projects were secured in various national and state auctions conducted by Solar Energy Corporation of India and Maharashtra State Electricity Distribution Company Limited. The projects are expected to be commissioned by July 2020.

Torrent Power is witnessing delays in the commissioning of certain wind energy projects and may face penalty issues if the projects get delayed beyond a certain point. Further, it is expanding its renewable capacity through a combination of debt and equity. The gross debt is likely to increase in the medium term given its significant capex outlay. In addition, the company’s gas-based projects are facing fuel supply issues and power offtake risks due to the lack of firm long-term PPAs.

Further, increasing digitalisation in the T&D business exposes the company to cyberthreats. However, given Torrent Power’s long years of experience in the power sector, it is expected to sail through and continue growing at a rapid pace.