Technology transition in the coal-based power generation segment is driven by the need to make power plants more efficient, flexible, reliable and less polluting. As the country moves towards a more diverse energy mix, the existing and upcoming coal-based power plants need to become flexible enough to complement renewables and yet maintain their efficiency and reliability. At the same time, thermal plants need to be equipped with the latest emission control technologies so that they have minimal impact on the environment.

Power Line presents key technology trends in the boiler, turbine and generator (BTG) and balance of plant (BoP) segments, and the way forward.

Ultra supercritical (USC) and advanced ultra supercritical (AUSC) are key emerging technologies in the BTG segment as they offer higher efficiency and lower emissions. USC plants operate at higher temperature and pressure (about 600-620°C and 275 bar). These plants require low coal per kWh of electricity generated and consequently have lesser carbon dioxide (CO2) emissions. The efficiency of these plants can reach up to 44 per cent, significantly higher than the 34 per cent global average.

In August 2019, NTPC Limited commissioned the country’s first USC unit at the 1,320 MW Khargone super thermal power station in Madhya Pradesh. The 660 MW Unit 1 of the project was commissioned on August 30, 2019, setting a new benchmark for the thermal power generation industry. Set up on an engineering, procurement and construction basis by Larsen & Toubro, this unit has an efficiency of about 41.5 per cent, the highest in the country. In addition, NTPC is working on ultra supercritical power projects of around 6,000 MW in Jharkhand and Telangana. These units will have 3 per cent higher efficiency than a 500 MW conventional supercritical power plant using the same amount of coal. SJVN Thermal Private Limited, a wholly owned subsidiary of SJVN Limited, is also developing the 1,320 MW Buxar USC project in Bihar. Further, AUSC technology is being developed by a consortium of NTPC, Bharat Heavy Electricals Limited and Indira Gandhi Centre for Atomic Research, with steam parameters of 330 bar pressure and of 650-670°C temperature under a government funded programme. The purpose of adopting higher parameters is to get efficiency in the range of 46 per cent to 50 per cent, which results in a drastic reduction of emissions. Each percentage point improvement in efficiency significantly reduces CO2 emissions from thermal power plants by over 2 percentage points, resulting in 36 per cent less CO2 per MW than an average coal-based plant. Further, coupled with advanced emission control equipment that can remove local pollutants such as nitrogen oxide (NOx), sulphur dioxide, and particulate matter, USC and AUSC power plants can deliver more power with a lower environmental impact.

Some other fast growing technologies include integrated gasification combined cycle (IGCC), waste heat recovery, and circulating fluidised-bed combustion (CFBC). IGCC integrates a coal gasifier, a gas clean-up system and a gas turbine in a combined cycle mode. In an IGCC plant, the coal is gasified with oxygen and the resulting syngas comprising hydrogen and carbon monoxide is cooled, cleaned and fired in a gas turbine. The technology has shown capability of power generation at higher efficiency and lower emission levels with respect to pulverised coal combustion technologies as demonstrated in the US, the Netherlands and Spain.

CFBC technology, which was introduced in the 1960s, has evolved over the years. The technology is witnessing a growing uptake as it is suited to a wide variety of coals, including low-grade coal with high ash content. CFBC has developed rapidly in recent decades due to its fuel flexibility, effective NOx control and high-sulphur capture efficiency.

As coal-based power plants will increasingly be required to ramp up faster to operate in grid demand mode, real-time monitoring is expected to play a bigger role. Going forward, it is imperative for the upcoming capacities to have digital capabilities so that their operational performance can be monitored and issues addressed promptly. 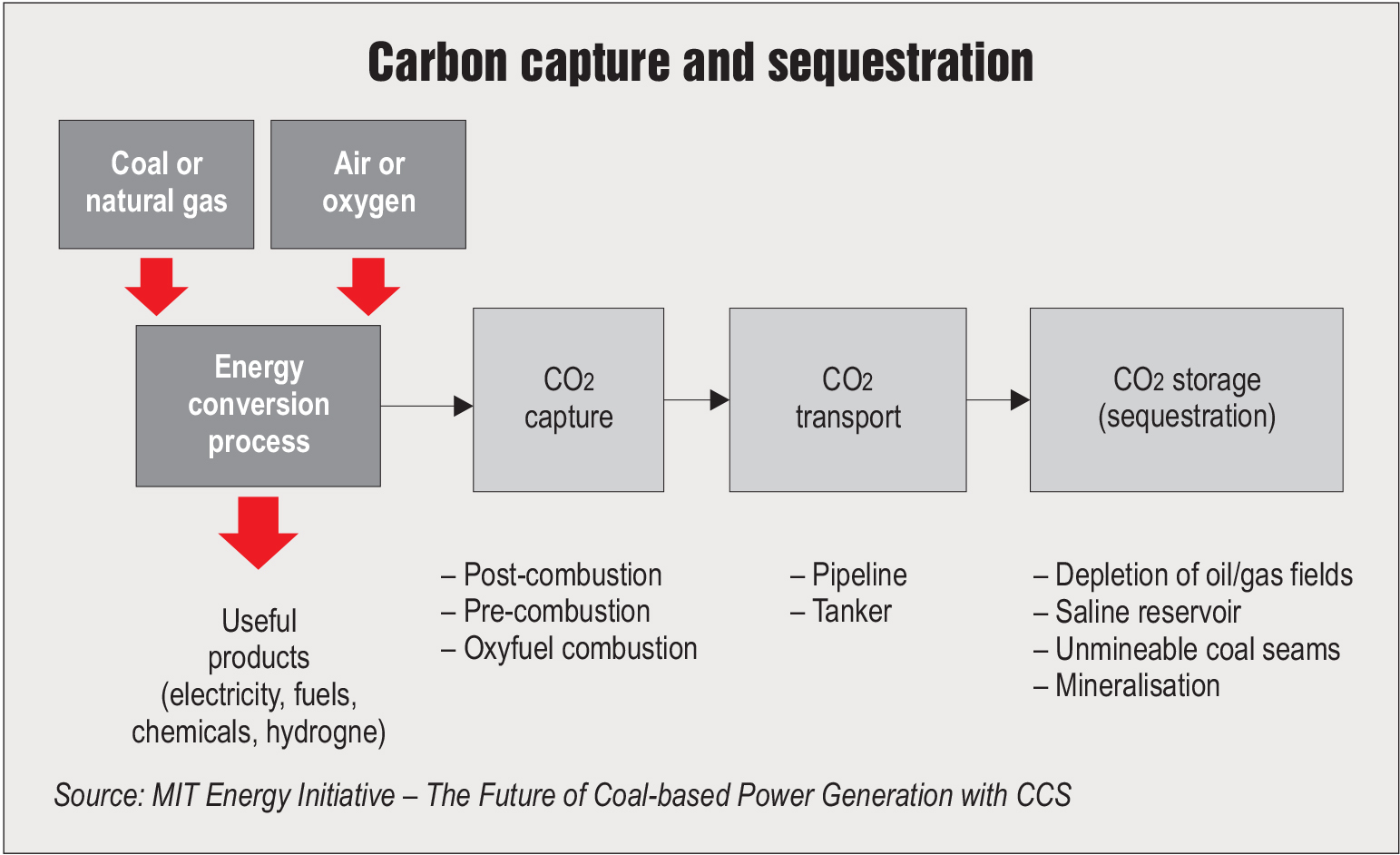 Technology trends in the BoP segment are mainly being driven by stringent environmental norms with respect to emissions, ash utilisation and water consumption. BoP systems with less resource consumption (such as land, water and energy) and lower operations and maintenance (O&M) costs are being preferred by gencos. For instance, dry fly ash and bottom as disposal systems are being preferred over wet ones as there is no requirement of water for ash cooling and conveying. As a result, the need for waste water treatment does not arise. In addition, the costs associated with pumps, piping, dewatering bins and corrosion damage are also avoided. The O&M costs of the dry ash systems are also considerably lower than those of the wet system.

Wastewater treatment technologies and zero-liquid discharge (ZLD) systems are increasingly being deployed by power plants. Typically, effluent treatment plants comprising evaporators, crytallisers and dewatering units are installed at power plants to remove salts from wastewater and produce clean water that can be recycled into the plant. Methods such as seeded slurry technology and chemical treatment are used for treating wastewater from cooling towers and wet FGDs. Further, treatment methods may be required to reduce concentration to the part per trillion levels required of some chemicals, such as mercury and selenium. In such cases, membrane-based technologies such as reverse osmosis are used to recover water in ZLD schemes.

Research and development is also under way for the development of advanced surface engineering technologies for higher life expectancy of thermal plant components. These technologies focus on increasing the resistance of thermal components (burner, liner and shield) to high temperature wear and tear; designing last stage steam turbine blades and balancing of flue gas flow inside the boiler for improved performance; identifying the impact of cyclic loading on power plant components due to increased renewable penetration in the grid; formulating methodologies for better plant performance under low load conditions, among others.

Going forward, there is a need for the industry to develop and commercialise carbon capture and sequestration (CCS) technologies. CCS can capture up to 90 per cent of the CO2 emissions produced from the use of fossil fuels in electricity generation, thereby preventing CO2 from entering the atmosphere. At present, a Chennai-based company, Carbon Clean Solutions Limited is generating electricity on a commercial basis without subsidies, while capturing about 97 per cent of its carbon emissions. The government has also indicated its willingness to invest in these technologies in a bid to reduce the carbon footprint in line with the Paris Agreement. CCS requires policy parity with other low-carbon energy technologies. With the deployment of CCS, coal-based generation can continue with near zero emissions in the coming years.