The protection of electrical equipment and networks from the direct and indirect impact of lightning strikes is critical for ensuring a robust and efficient network. A direct lightning strike causes a jump in voltage at the strike point. Meanwhile, when lightning strikes the ground or any object close to an electric network, it creates electromagnetic fields in all directions causing a flashover in the electrical equipment. Lightning strikes can cause damage to equipment, loss of property, and interruptions in power supply. In order to safeguard electric systems, surge protective devices are designed to protect against transient surge conditions by limiting overvoltage. Besides this, earthing systems are used to provide an alternate path for the discharge of excessive current without damage to the equipment.

Lightning strikes often produce overvoltages upon hitting the line conductor or any point in the vicinity of the distribution network. Direct strikes could result in the melting of the structure, fire hazards, explosion, and equipment outage, among other disasters. A direct strike increases the earth potential, which leads to the operation of surge protection devices or a flashover between structures and conductors, producing overvoltage along the network. Direct lightning strikes may intercept line conductors, towers and shielding wires. The probability of a direct strike in a region increases with line height. Thus, high voltage (HV) lines are more susceptible to direct strikes than medium voltage (MV) or low voltage (LV) lines. Besides, an LV network has a short line length and is shielded by nearby trees and structures.

Apart from direct strikes, lightning strikes near electrical equipment generate transients on the electrical network. Lightning strikes on the ground or on any object close to a line generates electromagnetic fields in all directions. The inductive and capacitive coupling of such electromagnetic fields with conducting wires induces voltage impulses in the power system. Lightning induced over voltage (LIOV) mostly affects MV and LV equipment, which have lower critical flashover voltage than HV equipment. Statistically, any damage to electrical installations and equipment is mainly the result of indirect lightning strikes and overvoltage from operations. Moreover, the chance of an indirect strike is higher than that of a direct strike. Any lightning event around a power line can result in LIOV on the line.

Lightning and surge protection devices work by routing voltage surges and spikes away from electrical components and dispersing them to a ground plane, such as the earth or a copper pipe inside a building. Lightning protection systems could be external or internal. External protection systems are installed to prevent direct lightning strikes from penetrating roofs or structures and causing a fire due to intense heating. Broadly, an external protection system consists of collectors (air terminals) to intercept lightning strokes, conductors to conduct surge currents to the ground, and an earth interface to dissipate the surges.

Meanwhile, internal system protection systems are installed in the case of indirect lightning, which strikes close to an object. Short-time voltage impulses resulting from a strike spread along supply lines. These can access various electrical lines through electromagnetic induction. Surge arresters are protection devices with a very high resistance to threshold voltages. In case of a surge voltage, the resistance of these arresters reduces, thus reducing the surge voltage. Surge arresters show a very small-time delay during a lightning strike. Surge protection devices (SPDs) divert the surge or impulse current and limit overvoltage. They are the most suitable and effective protective devices against direct and indirect lightning strikes in buildings and incoming lines. SPDs can be used along with the existing installations and are reasonably priced. In the absence of SPDs, in the event of an overvoltage (exceeding the equipment’s impulse withstand voltage), the impulse spreads to the equipment and damages it. However, with SPDs, the surge current is diverted towards the earth, and overvoltage is limited to the acceptable level for the downstream load.

Lightning, line surges and unintentional contact with high voltage lines can cause dangerously high voltages in the electrical distribution system. Earthing provides an alternative path around the electrical system to minimise damages in the system by immediately discharging the excessive electrical current in the earth with the help of low resistance wires. The Central Electricity Authority (CEA) defines earthing as the electrical connection between non-energised conducting parts and the general mass of earth. The main components used in an earthing system include an earth cable, earthing joints (earthing leads), and earth plates. The conductive parts including the metal body of installations are connected to the earth through one or more local earth electrodes. Globally, three earthing arrangements are followed, which are depicted by two letter codes TN, TT and IT. While the first letter indicates the connection between the earth and the power supply equipment (generator or transformer), the second letter indicates the connection between the earth and the electrical device being supplied (on the consumer side). 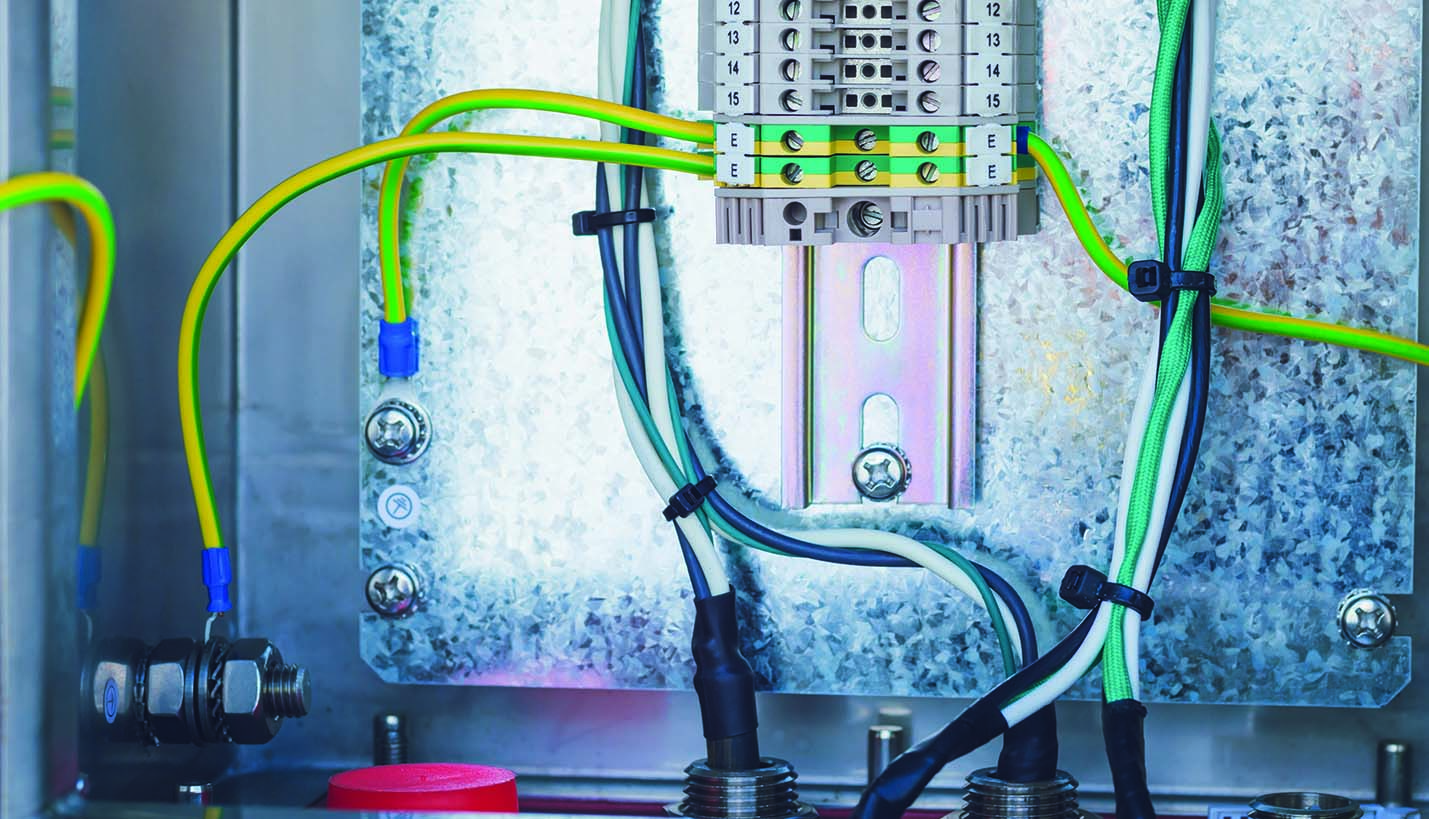 With regard to global standards, a single multi-part standard (IEC 62305 – 1 to 4) was introduced in 2006 to replace all the previous standard documents. IEC 62305 describes the general principles of overall protection of structures and internal equipment against lightning. It gives information specific to the assessment of lightning risks, considering the foreseeable and acceptable damage, economic requirements, physical damage connected with structures, and damage to the electrical or electronic equipment within the structure. Apart from this, IEC 61643-12 and 61643-22 specify the rules to protect an electrical installation against overvoltage. IEC 60364 defines the conditions under which voltage surge protectors are required for protection against overvoltages.

Apart from this, one of the key CEA regulations relating to lightning protection and earthing is the Technical Standards for Construction of Electrical Plants and Electric Lines Regulations, 2010 (as amended). The regulation states that a surge arrester that responds to overvoltages without any time delay will be installed for the protection of 33 kV, 22 kV and 11 kV switchgear, transformers, associated equipment and lines. Meanwhile, another CEA regulation, Measures Relating to Safety and Electric Supply Regulations, 2018 (Safety Regulations), has recently been amended to include provisions regarding electric vehicle (EV) charging stations. As per the amendments, suitable lightning protection systems are to deployed at EV charging stations as per IS/IEC 62305, and earthing of all EV charging stations will be based on the TN system as per IS 732.

To ensure reliable and efficient operation of the lightning protection and earthing system, regular maintenance is required. To this end, testing and measurement procedures need to be adopted, along with the best maintenance practices. There is also a need to create awareness about the needs, applications and outcomes of these systems among utility employees. The lightning protection and earthing systems deployed by a utility must suit its specific requirements as well as the topographical and climate conditions of the region for an optimal outcome.