As India works towards achieving its commitment to the United Nations Framework Convention on Climate Change, it has taken up a series of innovative energy efficiency measures across all sectors. It seeks to reduce its carbon footprint by 33-35 per cent by 2030 from the 2005 level. It is observed that technology and not process improvement has been more successful in increasing energy efficiency. It can enhance operational efficiencies by up to 75 per cent, cut energy costs by 30-40 per cent and significantly reduce carbon emissions.

Combined heat and power (CHP), also known as cogeneration, is the most fuel efficient and environmental-friendly process of using a single fuel for the simultaneous production of electricity and heat at the point of use. CHP installations offer significant advantages to all sectors that have simultaneous thermal and electrical loads. The advantages of a gas/steam engine cogeneration plant include:

The captive power generation market in India is expected to grow at a CAGR of over 5 per cent during the period 2019-23, according to an independent industry report. The growth of the Indian economy has led to significant developments in infrastructural activities, mainly led by smart cities, industrial corridors and special economic zones. Smart cities are part of an urban development plan that aims to transform cities using data-driven solutions. These solutions integrate facilities, infrastructure and citizens to efficiently manage the needs of urban areas. Under the Smart Cities Mission launched by the government, 99 cities have been shortlisted for transformation. The development of such infrastructure will support the growth of the captive power generation market in India. Further, the increasing uptake of cogeneration plants will contribute to market growth over the forecast period.

Bioenergy will account for a significant portion of the captive power generation market. As per the Ministry of New and Renewable Energy (MNRE), of the total target of 175 GW of renewable energy capacity by 2022, 10 GW is set to be achieved from bioenergy. India can generate 18,000 MW of renewable energy using biomass. Apart from this, 7,000-8,000 MW (some even say 15,000 MW) additional power can be generated through bagasse-based cogeneration in the country’s sugar mills. So far, 130 biomass power projects aggregating 999 MW and 158 bagasse cogeneration projects totalling 1,666 MW have been installed by the MNRE.

As per the MNRE website, the CFA for bioenergy projects developed by private/joint/cooperative/public entities in special category states/UTs (north-eastern states, Sikkim, Jammu & Kashmir, Himachal Pradesh and Uttarakhand) will be allocated as per the following norms:

Trigeneration, or combined cooling, heat and power (CCHP), is the simultaneous production of electricity, heat and cooling all from a single source. The heat and electricity are produced by the regular operation of a CHP unit, while an absorption chiller is used for producing chilled water from the heat output. This solution enhances the operational efficiency of an industrial application by at least 60 per cent, saving industries and institutions 30-40 per cent on operating energy costs and reducing greenhouse gas emissions by up to 30 per cent.

An absorption chiller is a refrigerator that uses a heat source to provide the energy needed to drive the cooling process. Absorption chillers do not have moving parts, and there is little or no wear and tear. Further, the technology and operations and maintenance costs are very low. In addition, the overall lifecycle costs are low. This makes it attractive for solutions that do not require part or all the heat from the engine.

Typically, when an absorption chiller is included in a CCHP scheme, the coefficient of performance (CoP) is in the range of 0.6-0.8. If driven by steam, the CoP could increase to 1.2-1.4. The CoP of traditional electric chillers is 4-6. Although they are significantly better in terms of efficiency, they require expensive grid electricity to operate. Absorption chilling is beneficial, but should only be considered for applications that demand little hot water or steam, but have high and consistent cooling demand.

Trigeneration is mainly used in facilities where there is a continuous or seasonal cooling demand to produce air conditioning and refrigeration. Most commonly, CCHPs are found in data centres and the food and beverages sector, which require only part of the heat generated from the engine. While CCHPs require additional equipment, they allow users to reduce their cooling load from electric chilling and utilise the energy from the engine, which otherwise may be wasted through dry air coolers.

Growth in commercial buildings and facilities has led to substantial use of electricity, heat and cooling, accounting for almost 90 per cent of the energy bill. In energy-intensive industrial sectors, the energy cost accounts for 30-50 per cent of the manufacturing cost.

In this regard, Energy Efficiency Services Limited (EESL), a joint venture of four national public sector enterprises under the Ministry of Power, hosted a round-table panel discussion on “Creating an Ecosystem for Trigeneration Business in India”, in January 2019. The trigeneration market has been estimated at about 20,000 MW in India. Therefore, stakeholders deliberated on the way forward for promoting its nationwide adoption as a transformative technology. The industry and government leaders further discussed potential sectors, institutions and industries that could benefit from trigeneration technology, while identifying necessary financial models, and policy and regulatory interventions for scaling up the market for this technology. 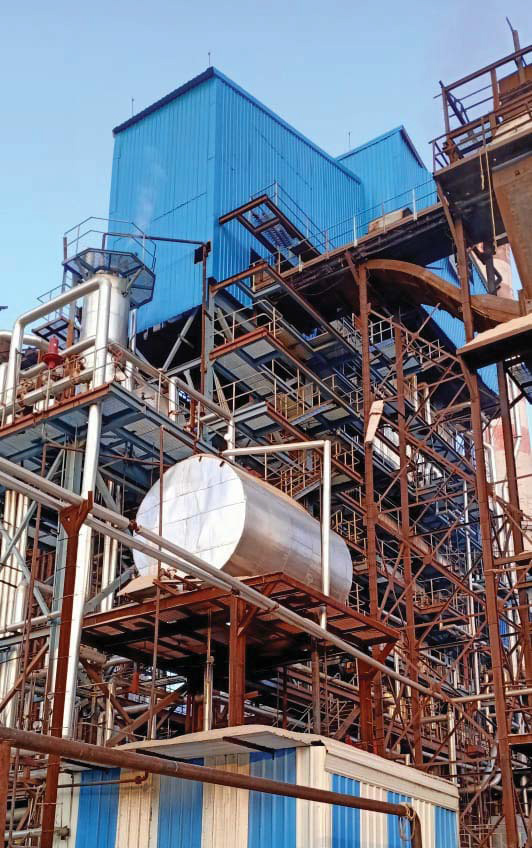 EESL is offering trigeneration technology to industries and institutions in India through its unique pay-as-you-save business model for an integrated service offering. This includes equipment maintenance, and electricity, heat and power supply. While clients will not bear any upfront costs for technology installation, EESL will recover the capital and operating costs for the installations through demonstrated energy savings.

EESL has already signed MoUs with GAIL Gas and Bharat Petroleum to co-create an ecosystem for providing readily available gas, the input fuel for trigeneration, to potential customers. EESL has signed four MoUs with industries and institutions across Maharashtra. EESL has also signed an MoU with Mahanagar Gas to promote the adoption of trigeneration and CHP technology in the Mumbai area, and another MoU with Maharashtra Natural Gas for the promotion of trigeneration and CHP solutions across the state. A tripartite MoU was signed between Castrol India, India Gas Solutions  and EESL to jointly explore opportunities for natural gas-based trigeneration projects in India. EESL also signed an agreement with Mahindra & Mahindra to install and service a trigeneration project of 803 kWe capacity at an investment of Rs 250 million.

EESL developed expertise and a compelling market offering in this technology after acquiring Edina UK Limited, a leading supplier, installer and maintenance provider of CHP, gas and diesel power generation solutions in the UK, in March 2018. In Maharashtra, it will implement trigeneration technology across hospitals, guest houses, hostels, and offices and other government buildings. As part of this MoU, EESL is implementing multi-megawatt trigeneration capacity across four government buildings. These are the Medical Education and Drugs Department, the Public Works Department, the General Administration Department (Protocol), and the Tribal Development Department.

At the fourth edition of the International Symposium to Promote Innovation & Research in Energy Efficiency (INSPIRE 2019) held in Mumbai in November 2019, EESL and Innovative Infocom signed an MoU for the implementation of natural gas engine-based trigeneration solutions at Navi Mumbai, India. For this project, EESL will offer a long-term leasing solution, and make the initial investment. In addition, EESL will operate and maintain the trigeneration plant for an initial period of eight years, which may be extended further. It has been estimated that the potential CO2 reduction from a 2 MW natural gas engine-based power station with a heat recovery system will be around 6.1 million kg annually.

In sum, CHP and trigeneration installations are feasible for both existing and newly built facilities. However, it is important to mention that the benefits and payback are greater when the solution is deployed in the earlier stages of a project. These installations are considered best when:

With both cogeneration and trigeneration, users will benefit from reduced power import from the electricity grid, power stability, and the transition to low carbon, clean fuel and energy efficient technologies.