The Indian economy is one of the fastest growing economies of the world, as a result of which the demand for skilled workforce in various sectors in India is growing at a tremendous rate. India currently faces a severe shortage of well-trained, skilled workers. The government estimates that only 2.3 per cent of the workforce in India has undergone formal skill training as compared to 68 per cent in the UK, 75 per cent in Germany, 52 per cent in the US, 80 per cent in Japan, and 96 per cent in South Korea. Large sections of the workforce have little or no job skills, making them largely unemployable. Therefore, India must focus on scaling up skill training efforts to meet the demands of employers and drive economic growth. As per the framework of implementation of the National Mission for Skill Development, India is one of the youngest nations in the world, with more than 54 per cent of the total population below 25 years of age and over 62 per cent of the population in the working age group (15-59 years). The country’s population pyramid is expected to expand across the age group of 15-59 years over the next decade. This demographic advantage is predicted to last only until 2040. India, therefore, has a very narrow time frame to harness its demographic dividend and overcome its skill shortages.

The power sector in India, in particular, faces an immense shortage of workers with adequate competencies, especially given the huge planned addition in the power generation, transmission and distribution capacity to fulfil the growing needs of both domestic and industrial users. Furthermore, there is a thrust by the Government of India to deploy 175 GW of renewable energy generation capacity by 2022. In view of the above, the power sector is projected to need more than 2 million additional skilled technical workers by 2022.

This will only be possible if adequate number of trained and certified skilled workers are available in the entire value chain from generation to servicing the last-mile consumer. Professional competence in today’s power sector requires not just cutting-edge technical skills, but also effective commercial and inter-personal skills aligned to the specific needs of the power industry. On the supply side, India’s population continues to grow and the country today has one of the highest number of people in the world in the working age group. However, a significant percentage of India’s huge workforce lacks employable skills due to lack of education, training facilities, and inadequate vocational training. This skill gap pervades even the power sector.

Anticipating this, the government set up several councils/institutes to help with the required capacity building and training. The Power Sector Skill Council (PSSC) is one of the 40 skill councils set up by the National Skill Development Corporation (NSDC), which is under the Ministry of Skill Development and Entrepreneurship (MSDE). The council is promoted by the Central Electricity Authority (CEA), Ministry of Power (MoP), Ministry of New and Renewable Energy (MNRE), and Indian Electrical & Electronics Manufacturers Association (IEEMA).

Since the operation of an interconnected power system in India is coordinated through the state, regional and national load despatchcentres, in collaboration with the generation and transmission control centres, prompt action by system operators during operation and any emergency is vital for the reliability of the power system. The MoP had initially established the Load Despatch Training Institute (LDTI) in Bangalore in 1972, where training courses on economic load despatch techniques were conducted. The institute was renamed as PSTI in 1975, in order to cover other areas of power systems. With effect from April 2002, PSTI was merged with NPTI, which is an ISO 9001:2000 organisation under the MoP.

Today, NPTI is the world’s leading integrated power training institute with its headquarters in Faridabad, and operates through its institutes in various power zones of the country, viz., New Delhi, Durgapur, Nagpur, Neyveli, Bangalore, Nangal, Guwahati, Kerala and Madhya Pradesh. Full-time post graduate diploma courses are offered in transmission and distribution systems. Admission to these is open to full-time B. Tech./B.E. graduates or those with an equivalent in electrical and electronics. Participants are selected through merit, for which advertisements are published in leading national newspapers.

RECIPMT also organisesprogrammes on energy accounting and audits, high voltage distribution systems (HVDS) and clean development mechanism (CDM), with financial support from KfW, Germany. Upto December 2019, the institute had organised 2,196 training programmes and saw participation from 53,000 engineers/managers. Since 2005-06, RECIPMT has organised 100 international training programmes, sponsored by the Ministry of External Affairs, for 1,700 executives from around 95 countries.

The private sector too has taken up this challenge. The Tata Power Skill Development Institute (TPSDI) was launched in 2015 by the Tata Power Company to address the skill gap faced by the Indian power sector. The institute provides modular training and certification across a wide range of areas through five training hubs in four locations (two near Mumbai, two in Jharkhand and one in Gujarat). In Delhi, TPSDI works in collaboration with its learning and development centre, Center for Power Efficiency in Distribution (CENPIED), set up in 2005, and Tata Power Delhi Distribution Limited (TPDDL), which is a leading organisation in electricity distribution.

TPSDI is a registered training partner of the PSSC. The employability centric courses range from 2 to 12 weeks in duration and follow the TPSDI Competency Framework, which is congruous with the National Skill Quality Framework (NSQF). The TPSDI Competency Framework allows participants to swiftly pick up readily deployable skills and continue upgrading them at regular intervals. In addition to technical skills, training at TPSDI focuses on other dimensions of skill building, such as numerical ability, science, basic IT, industry orientation, communication, soft skills, personality development and work ethics, and places special emphasis on safety, health and  environment (SHE), considering the sector’s specific need. The training consists of both knowledge and hands-on skills. The institute consciously works towards providing greater access to its courses to the members of the disadvantaged sections of society and those in the below-poverty-line (BPL) category. 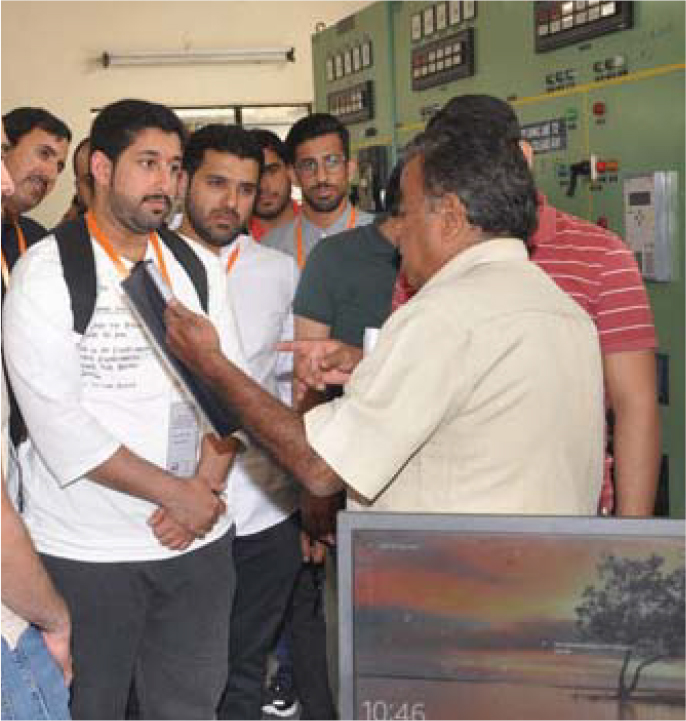 In an interview with LiveMint, in January 2020, PraveerSinha, managing director and chief executive officer, Tata Power, confirmed that the company is also working on electric vehicle charging. “We already have 100 charging stations in seven cities, but the utilisation is low. We will expand these to 350 by by end-March 2020. We’re also looking at home automation, such as an IoT (internet of things) platform, so that consumers can take advantage of time-of-day metering. Apart from that, we have launched the ESCO (energy services company) business vertical. Here, we look at industries and commercial establishments for energy conservation, through an IoT-based platform. So we will not just be an energy supplier, but also an energy solutions company. The whole business of power is getting digitalised and decentralised. If the consumer wants to buy renewable power, we can give that sort of choice maybe within the next two years.”

Given these exciting plans, if India is to gain its rightful place in the world, skill development will need to be a national priority. Creating new jobs is only a part of the equation for employment in today’s developing India, as over 12 million youth are joining the workforce each year; hence bridging the existing skill gap is of prime importance. For any skill development effort to succeed, markets and industries need to play a large role in determining courses, curriculum and relevance. For this, employers need to be put in the driving seat, with the government aiding and abetting industry efforts. India has its task cut out. The government is trying to do its bit and has given skill development a huge push. It is time for the power industry to catalyse investments and allocate resources for training.