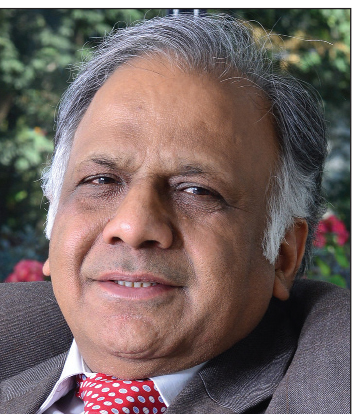 Arun Mote, executive director and chief executive officer (CEO), Triveni Turbines Limited (TTL), a company with which he has been associated for over two decades, says, “I aim to see Triveni Turbines growing to be the most preferred brand in industrial turbines worldwide, in the next three to five years.” Under his leadership, the turbine business has grown manyfold and emerged as a leader in the domestic and overseas markets. Triveni Turbines is engaged in the manufacture of industrial steam turbines of 5 MW-30 MW to meet the requirements of a range of industries including sugar, paper, textiles, fertilisers, petrochemicals, chemicals, pharmaceuticals, steel, marine, biomass, district heating, waste to energy, waste heat to energy, and municipal solid waste-based power and captive power. The company has orders/installations in more than 70 countries.

Mote graduated from the Indian Institute of Technology, Bombay, with a master’s degree in technology (mechanical engineering) and then went on to obtain an MBA from the Jamnalal Bajaj Institute of Management Studies. He joined Larsen & Toubro Limited as a management trainee and subsequently worked with SKF Bearings Limited, a caterpillar joint venture company, and Blue Star Limited prior to joining Triveni Turbines.

On the state of the power sector, Mote says, “Power demand growth may be subdued in 2020-21 as the user industries are likely to experience difficulties owing to the impact of Covid-19. However, in the long run, the outlook for the sector remains positive as there is tremendous scope for increasing per capita energy consumption.” TTL has two facilities in Bengaluru (Peenya and Somapura) to manufacture steam turbines of up to 150 MW and both resumed partial operations from April 20, 2020 following government orders.

Talking about his management style, Mote says that he believes in a result-oriented approach to work and adopts a friendly but firm attitude with his team. On achieving a work-life balance, he remarks, “One tries to have a work-life balance in every profession today. However, it is generally skewed more towards work, which has certain pitfalls.” Mote tries to correct this by devoting time to other pursuits. These include reading and listening to music. His most recent read is Restoring the Soul of Business by Richard Tobaccowala. He also loves spending time with his family in their terrace garden.