The award of transmission projects through tariff-based competitive bidding (TBCB) is a significant achievement for the power sector. The mechanism allows public and private players to bid for transmission projects in a transparent manner in a segment that is largely dominated by central  and state-owned utilities. Since the issuance of the competitive bidding guidelines by the Ministry of Power (MoP) in 2006, 58 interstate transmission projects have been bid out, of which the majority (65 per cent) have been secured by private players and the remaining by Power Grid Corporation of India Limited. The Central Electricity Regulatory Commission (CERC) has observed that although several projects have been awarded through TBCB, many petitions have also been filed before the commission seeking the adjudication of disputes by invoking the provisions of the transmission service agreement (TSA) or standard bidding documents (SBDs). The regulator has scrutinised the submissions made by various petitioners and on June 22, 2020, it issued an advisory to the MoP for the development of transmission capacity in an efficient and economical manner under the TBCB route. Power Line provides an overview of the commission’s suggestions…

One of the first changes suggested by the CERC is the exclusion of the survey report from the request for proposal (RfP) documents, which are notified while inviting bids from prospective transmission service providers (TSPs). The survey report provides three alternative routes based on the preliminary survey conducted by the bid process coordinator (BPC), specifically indicating whether the route involves forest clearance or not. The onus to finalise the transmission line route is on the bidder, which is also required to carry out its own survey.

Successful bidders often encounter forest areas on the transmission line route and therefore need to obtain forest clearances, leading to time and cost overruns in projects. As a result, these licensees seek regulatory intervention demanding compensation under “change in law” or extension of commissioning schedule under the force majeure clause of the TSA. Therefore, the CERC has recommended that the survey report prepared by the BPC should not form a part of RfPs and bidders should submit bids based on their own assessment of the optimal transmission line route.

Often, the end coordinates of a transmission line under TBCB are finalised after the award of the associated substation where the line terminates. The inability to determine end coordinates leads to significant uncertainty for the licensee as the line length may have to be increased or decreased at a later stage. Further, rerouting might be needed, which results in cost overruns and delays in construction. In order to avoid litigation due to this issue, the CERC has recommended that if the proposed transmission line under TBCB is to be terminated at an existing substation, its end coordinates must be fixed and notified upfront before the bidding. In case the line is proposed to terminate at a new substation, bidding may be carried out in packages. Alternatively, if more than one transmission line is emanating from a new substation, the land for the substation must be identified before awarding the associated line under TBCB.

Purpose of the project

As per the existing guidelines, in case of a delay in the commissioning of a transmission project, the licensee is required to pay penalties (liquidated damages and forgoing tariff for the period of delay) as well as compensate for the loss to the affected parties (generating stations or upstream transmission licensees). The bidders take this into account while submitting bids, but it leads to an escalation in the bid price. The CERC, therefore, suggests that for delay on the part of the transmission licensee in the completion of transmission elements, the penalty should be limited to liquidated damages and compensation to the stranded transmission licensee or generating station on account of such delays while the licensee should be allowed to charge tariff for the entire contracted period of the project.

The bidding documents should also contain a provision for the foreclosure of the project with a relevant compensation formula for the licensee. Often, the development of transmission lines continues even after the associated generation project is abandoned. The transmission system gets stranded in the absence of any alternative consumer. The inclusion of a foreclosure provision will enable a smooth termination of the transmission project contract in the event of non-execution of an associated generating station or other causes by providing adequate compensation to the licensee. 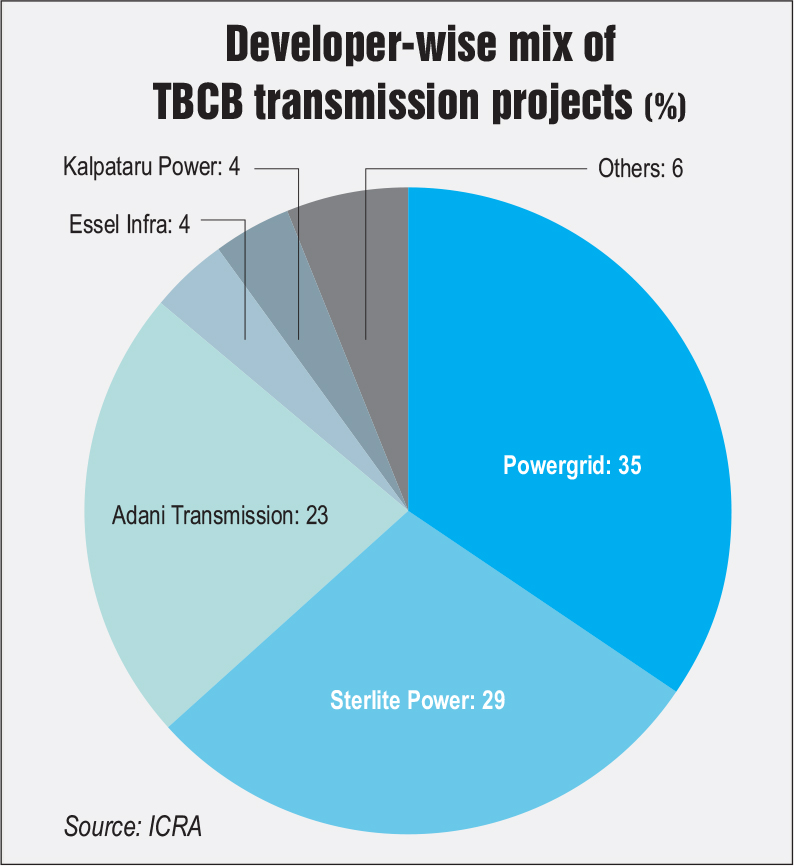 The CERC has repeatedly focused on the quality aspect of TBCB transmission projects. The commission has asked the Central Electricity Authority (CEA) to devise a mechanism for random inspection of projects every three months to ensure that the quality of equipment and workmanship conforms to the technical and grid standards. The commission suggests that a committee consisting of representatives from the CEA, the lead long-term transmission customer and the central transmission utility may be formed.

The committee should be authorised to certify the completeness of the transmission system, which is claimed to have been completed. At times, in case of non-commissioning of the upstream/downstream system, the transmission licensee submits an energisation certificate issued by the CEA to demonstrate project completion while declaring the deemed commercial operation date (COD) under the provisions of the TSA. However, since such assets are not operational and do not transmit electricity, stakeholders may complain that despite the asset not being ready, the deemed COD has been claimed and the transmission tariff is being charged.

Further, since the mismatch in the commissioning of upstream/downstream transmission systems is nearly unavoidable owing to right-of-way, forest clearance, and land acquisition issues, there is a need to provide a three-month window for the declaration of the deemed COD in the bidding documents. If the transmission licensee under the TBCB route is ready to declare the COD, but downstream/upstream assets are not ready for interconnection after three months, the licensee should be free to declare the deemed COD as per the provisions of the TSA.

The CERC has suggested the formulation of a quarterly performance index for each TBCB project. If the performance of the licensee executing the project remains poor for four continuous quarters, then it must be disqualified from bidding for new projects. Although the bidding documents provide for the cancellation of the licence in case of poor performance, the process is time consuming  and the licensee may secure another project in the meantime. In order to deter such developers from participating in future TBCB bids, a performance index would be extremely useful.

Bidding as a project, not as an SPV

The CERC further recommends that transmission systems under TBCB should be bid out as a project as opposed to the current practice of bidding for a special purpose vehicle (SPV). Currently, an SPV is created by the BPC for each transmission project. If a company wins multiple transmission projects, it continues to operate separate SPVs for each of the awarded projects. This leads to coordination and operational problems as the system operator, POSOCO, is required to coordinate with each of these SPVs individually for grid operation. The commission has, therefore, suggested that the option of bidding as a project may be explored, as is being done by the National Highways Authority of India and the Solar Energy Corporation of India, so that the formation of a separate company for each transmission project is not required and a single company can have multiple transmission projects.

The CERC has expressed concern that the fees of the BPC (currently at 1 per cent of the total estimated project cost subject to a maximum of Rs 150 million) is quite high and should be restricted to 5 per cent of the quoted tariff for the first year or Rs 70 million, whichever is lower.

The CERC has suggested comprehensive modifications to the bidding guidelines for TBCB projects to ensure the smooth implementation of projects. The regulator’s advisory is a welcome step towards the creation of a robust bidding framework, which is critical to increase the participation of private players in transmission. So far, only a handful of private players have participated in TBCB auctions and there is little engagement of new domestic players or foreign players in the market. It is, therefore, imperative to carry out changes in SBDs to create a more competitive power transmission market.