The demand for green energy continues to grow in India as well as globally, as countries focus on mitigating climate change. The coronavirus pandemic is further driving countries to look at sustainable ways of meeting their energy demand by designing economic recovery packages that accelerate a shift towards renewables rather than falling back on fossil fuels. This transition is also driven by the increasing competitiveness of renewable energy sources, especially solar, vis-à-vis thermal energy, as well as technological advancements in the green energy and storage space.

Moreover, global lenders and financial institutions are shying away from financing coal-based power in a bid to reduce the carbon footprint and build an environment-friendly portfolio. For instance, the Japan-based Sumitomo Mitsui Financial Group, Inc. has decided not to provide support to the newly planned coal-fired power projects with effect from May 1, 2020. Earlier, the Japanese Mizuho Financial Group had made similar commitments. In March 2020, the US-based JP Morgan Chase announced not to provide project financing for coal-fired power projects unless they use the carbon capture and sequestration technology. Similarly, the European Investment Bank plans to stop financing fossil fuel-based projects by the end of 2021. Other global banks joining the league of financial institutions restricting funding to coal-based power are United Overseas Bank, HSBC, Standard Chartered, Deutsche Bank and DBS Bank. It is only a matter of time when domestic financing institutions also adopt similar policies. Early this year, global private equity major BlackRock, which has stakes in various Indian companies such as Coal India Limited (CIL), NTPC Limited, Adani Power, Torrent Power, Tata Power and CESC Limited, announced plans to exit companies that earn over 25 per cent of their revenues from coal-related businesses, including power plants.

As a result of these factors, the Indian power market is transitioning at a rapid pace and key players, which were traditionally focused on thermal power, are now actively looking at diversifying their portfolio to stay relevant in the future.

Thermal power major NTPC, whose generation portfolio is currently dominated by fossil fuels (over 90 per cent of the total installed capacity of 62.9 GW), is taking significant strides towards meeting its target of adding 32 GW of renewable capacity and accounting for a 30 per cent non-fossil fuel basket by 2032. In its recent annual general meeting held on September 24, 2020, Gurdeep Singh, chairman and managing director, NTPC, stated, “The company has changed its focus and is pursuing renewable capacity addition aggressively.”

Towards this end, NTPC has decided to stop land acquisition for greenfield thermal projects, which essentially implies that no new coal-based projects will be taken up in the future (except those already under construction or planned). The company’s current green portfolio comprises 3,457 MW of hydro, 875 MW of solar and 163 MW of wind. About 2.5 GW of renewable energy projects are under construction by NTPC as part of its own capacity, while about 1.6 GW is in the developer mode. Further, a capacity of 2.1 GW is under tendering through the engineering, procurement and construction (EPC) mode. The company is also in discussions with various states including Gujarat, Rajasthan, Madhya Pradesh, Maharashtra and Andhra Pradesh for the allocation of land parcels for setting up large-scale renewable projects under the Ultra Mega Renewable Energy Power Parks scheme of the central government. Meanwhile, in another key renewable initiative, in February this year, NTPC announced the launch of its new project involving hydrogen fuel cell vehicles to run in Delhi and Leh. It invited expressions of interest from manufacturers to procure 10 hydrogen fuel cell-based buses and an equal number of such cars.

Going forward, in order to pursue renewables in a focused manner, the company has decided to form a subsidiary for this business. By 2032, NTPC is targeting to become the largest renewable energy company in India by following both organic and inorganic ways of expansion.

With the thermal power project pipeline constantly shrinking, large boiler, turbine and generator companies are also taking diversification initiatives. For instance, government-owned Bharat Heavy Electricals Limited (BHEL), the country’s largest equipment maker, is looking for new profitable growth areas, including renewables. In 2009-10, orders from the power sector accounted for a share of 71 per cent in BHEL’s order book while in 2019-20, orders from the power sector accounted for a share of 58.5 per cent. The size of the order book also declined during this period from Rs 590 billion in 2009-10 to Rs 235 billion, mainly owing to a decline in thermal orders. During 2019-20, BHEL recorded the highest ever order booking for renewable energy projects at 502 MW, an increase of 202 per cent over the past year. BHEL also won an EPC order for one of the largest single-location floating solar power plants in India, NTPC’s 100 MW Ramagundam plant. BHEL’s floating solar portfolio reached 152 MW with a DC capacity of over 220 MWp, making if the biggest EPC player in the floating solar market in the country. Recently, it has also won its maiden order for battery energy storage systems from The ERI for a 410 kW system.

Private companies too focus on green

Leading private power producers such as the Adani Group, Tata Power and JSW Energy are also going green in a big way. Realising the potential of renewable energy early on, Tata Power, the country’s largest integrated power utility, commissioned its first wind project in 2001 and its first solar project in 2011, both in Maharashtra. Traditionally, the company focused on thermal power and has set up one of the largest coal-based power projects in the country, the 4 GW Mundra Ultra Mega Power Project in Gujarat. However, Tata Power has decided to limit its exposure to thermal projects and does not intend to expand its coal-based power plant portfolio beyond the current size. There are no greenfield or brownfield expansion plans in the near term as well.

In its latest 2019-20 annual report, Praveer Sinha, chief executive officer (CEO) and managing director, Tata Power, stated, “We continue our migration towards renewable energy projects and today, 30 per cent of our total generation (domestic and international) comes from clean and green sources,” Of its total domestic installed capacity of 12,264 MW, 3,084 MW is based on solar, wind and hydro, and it has 1.5 GW of renewal energy projects in the pipeline. The company now plans to reach a target of 15 GW of renewable energy capacity by 2025. It is also in the process of setting up an infrastructure investment trust for renewable energy by 2021.

JSW Energy has announced its plans to venture into renewables fairly recently. The company, with an installed capacity of 4,559 MW (thermal 3,158 MW, hydro 1,391 MW and solar 10 MW), aims to become a 10 GW company in the foreseeable future with 559 MW of renewable energy as the central theme of its growth plan. In an earnings call held on July 31, 2020, Prashant Jain, joint managing director and CEO, JSW Energy, said, “We have been talking about that in the next three to five years’ time frame we will be a 10 GW company, which we were spelling out earlier as a mix of thermal and renewable opportunity. But now we will achieve that with renewables and we have been very aggressively working on that. Very soon, we will be putting our competitive bids in future tenders as and when opportunities are coming our way.” Recently, in August 2020, JSW Energy marked its entry into the country’s wind power generation sector by winning 970 MW of projects in an auction conducted by the Solar Energy Corporation of India (SECI). The company has also started work on the 240 MW Kutehr hydroelectric project (HEP) in Himachal Pradesh, pursuant to the central government’s boost to the hydro segment through grant of renewable energy status for large HEPs.

The Adani Group is focusing on renewables through its arm, Adani Green Energy Limited. With a green portfolio of 13,990 MW (of which 2,595 MW is operational and 11,395 MW is in the pipeline), the company is the largest renewable energy player in the country. Gautam Adani, chairman, Adani Group, stated in the latest 2019-20 annual report, “Our vision is to become the largest solar power company by 2025 and the largest renewable power company by 2030. To make this happen, we have committed to investing over 70 per cent of our budgeted capex of the energy vertical in clean energy and energy efficient systems.” The company expects to double its existing portfolio of renewable power generating assets by 2021-22 and further increase it to 18 GW by financial year 2025. It has also recently forged a 50-50 joint venture (JV) with the French energy major Total and received an investment of over Rs 37 billion.

Mining majors, CIL and NLC India Limited too have joined the renewables’ bandwagon as they realise the challenges to thermal generation.

CIL, the world’s largest pure-play coal producer that is preparing to build 1 billion tonnes, also believes that renewables will eventually displace coal to become a dominant energy source though the latter will remain crucial in the near future. CIL has been given a target to become a net zero energy company by the Ministry of Coal. In order to meet this target, CIL proposes to execute solar projects through CIL-NTPC Urja Private Limited, SECI as well as its JV with NLC India. In July 2020, CIL signed an MoU with NLC India to form a JV for executing solar power projects aggregating 3,000 MW. CIL expects an investment of Rs 120 billion for the venture. Meanwhile, NLC India, which operates lignite mines in Tamil Nadu and Rajasthan as well as thermal generating assets in Tamil Nadu, is also taking green initiatives. The company has commissioned 709 MW of solar power projects in Tamil Nadu, thereby becoming the first central public sector enterprise in the country to achieve solar power generation capacity of over 1 GW. Its installed renewable energy capacity (solar and wind) stands at about 1.4 GW and another 1 GW of solar is planned under the MoU signed with CIL. 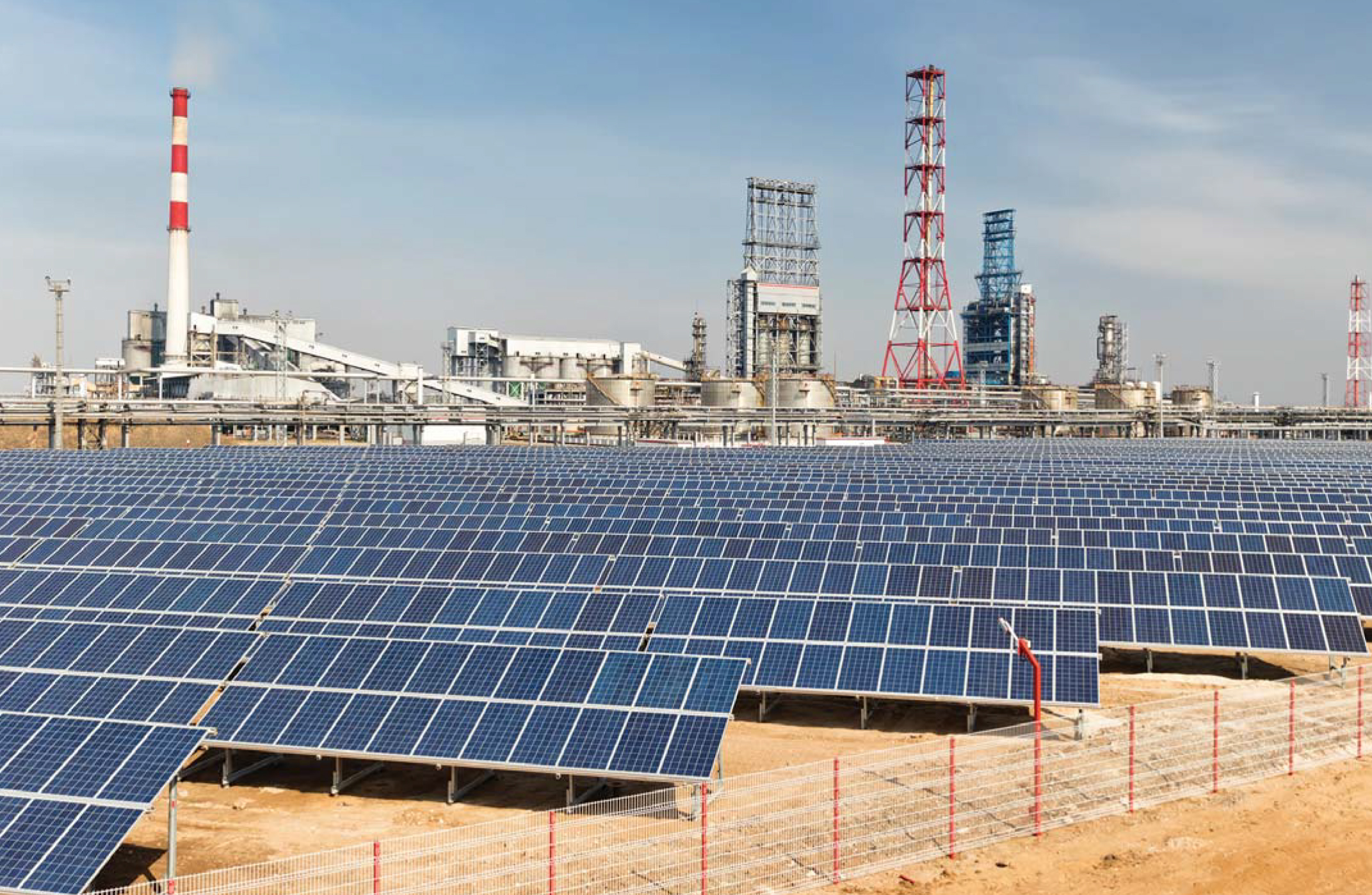 In the years to come, the power sector will witness changing business models and more companies will move to clean generation. Pure-play thermal power producers are likely to be limited as coal-based power will largely play just a supportive role. As per the United Nations, 50 per cent of coal will be uncompetitive in India by 2022, reaching 85 per cent by 2025. Some of the largest investors in the world are increasingly abandoning coal and it is a foregone conclusion that the future belongs to renewables. consequently, it is but natural for companies in the power sector to accelerate the transformation process and pivot towards green energy.